Police and fire asked residents to avoid the area at Sandpiper Drive at West Bellfort. 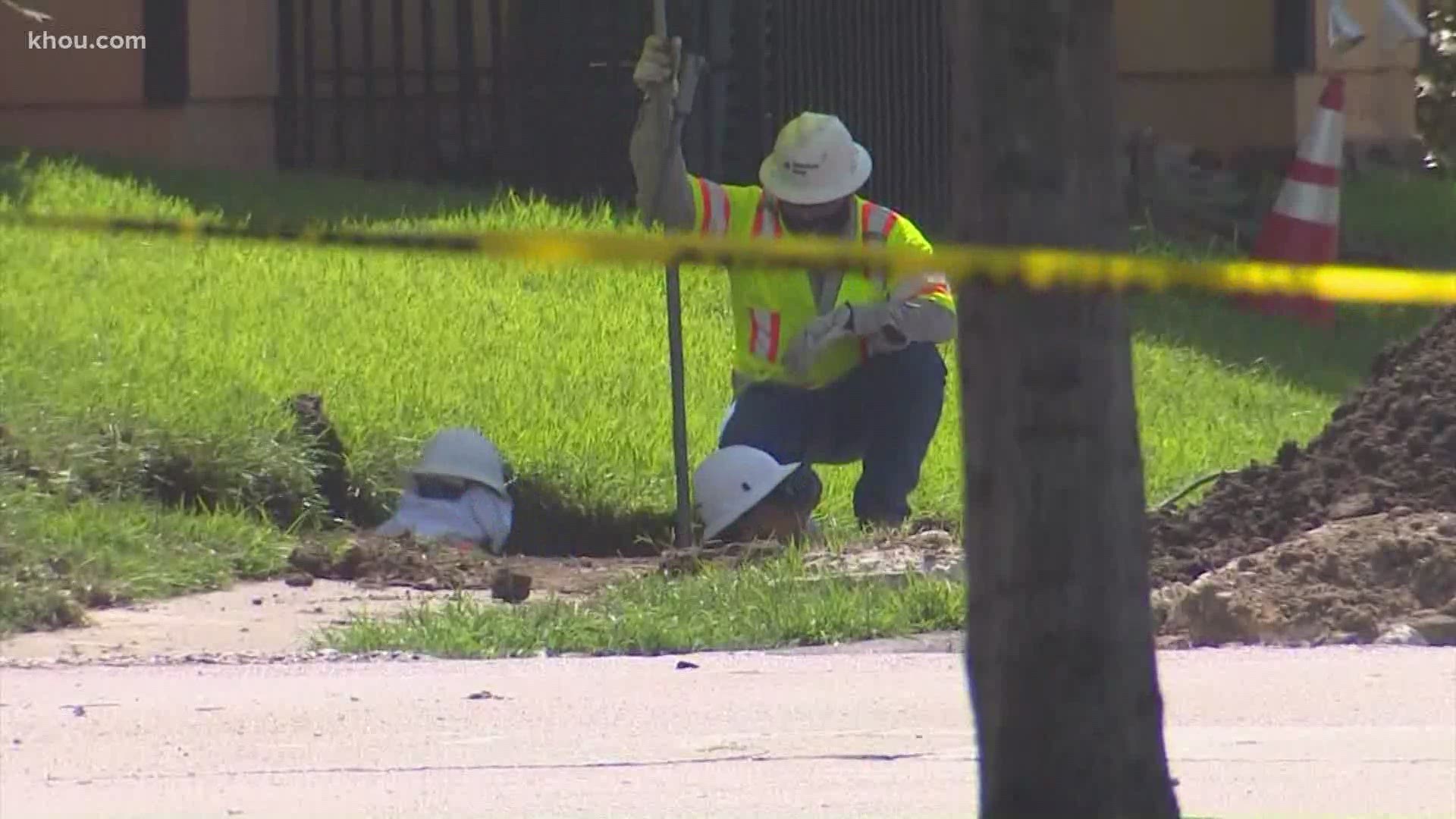 The CenterPoint spokeswoman said a third-party crew hit the main before 2 p.m. near the intersection of Sandpiper Drive at West Bellfort Boulevard.

Residents were asked to avoid the area and expect delays.

By 4:15 p.m., the spokeswoman said CenterPoint Energy crews had turned off the gas and were making final repairs.

She said no customers were impacted, and no injuries or evacuations were reported in connection with the incident.

Download the KHOU 11 app and turn on alerts for all the latest breaking news and weather information delivered right to your phone.

Houston Police and @HoustonFire are on the scene of a large gas leak at Sandpiper Dr + W Bellfort. Please avoid the area and expect delays. #hounews #houtraffic CC5