Taylor Coleman, 16, spent more than a month in the hospital after the accident. 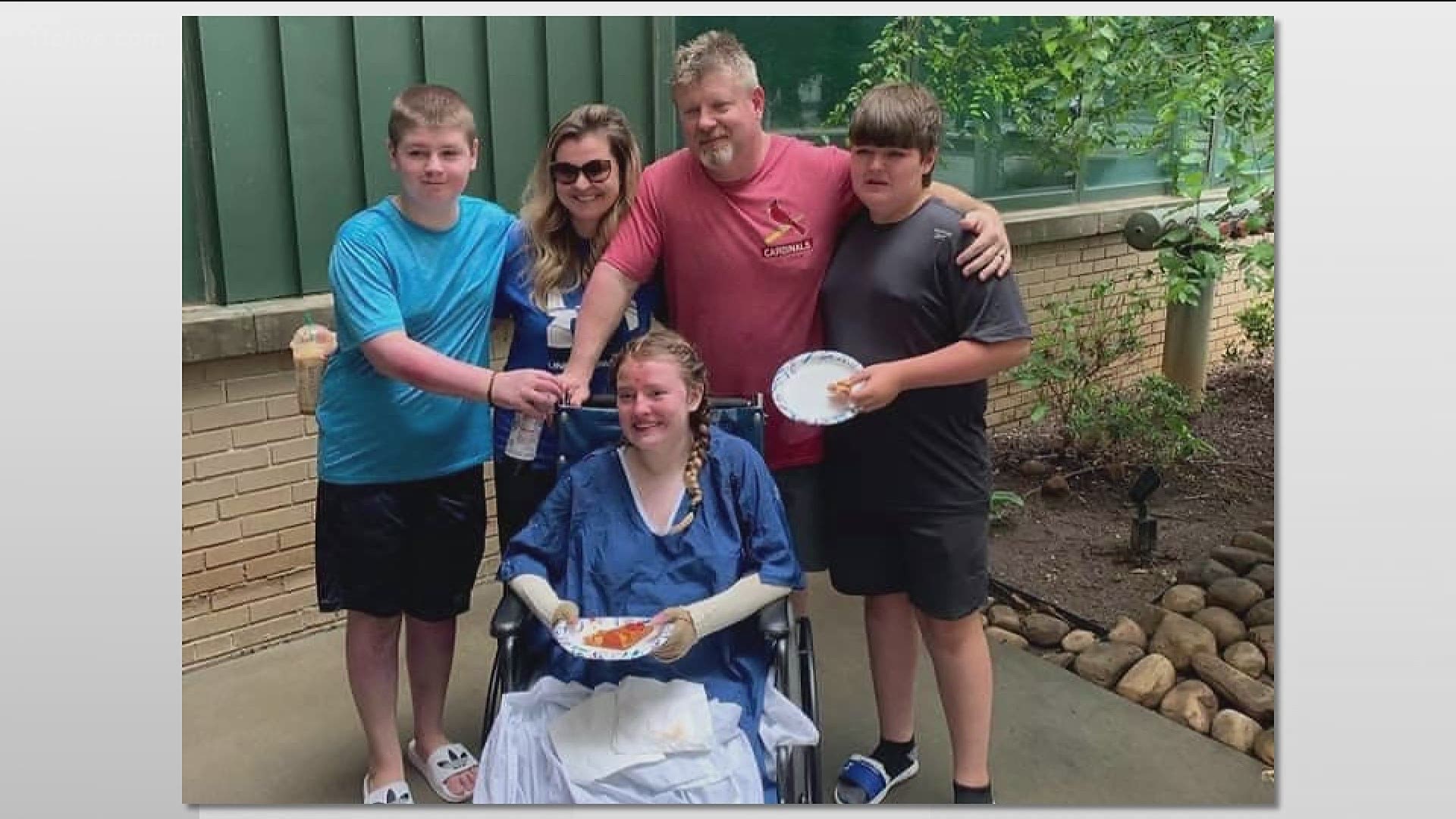 HALL COUNTY, Ga. — A 16-year-old who's been at Grady Hospital for more than a month after being injured in a boat explosion at Lake Lanier left the hospital on Friday, according to a GoFundMe update.

The GoFundMe post said Taylor Coleman, who took her first steps since the accident earlier this week, "has made tremendous progress over the last week."

"This has been a uphill battle since May 9th, but today the family finally gets to start back into some sort of normal all being back together and starting the home recovery process as a complete family," the post said.

The boat exploded while Taylor Coleman's younger brothers, Ryder and Gunner, and their parents, Steve and Annie, were also on the boat. The entire family was injured, but Taylor and Gunner suffered severe burns. They had to be airlifted to Grady.

Georgia Department of Natural Resources spokesperson Mark McKinnon said the family was fueling up at a gas dock on Mother's Day.

Annie was also hospitalized. She and Gunner have since been treated and released from the hospital.

"As they say baby steps. Her first walk was 3 feet. But she rapidly moved that up to over 120 feet overcoming the pain of stretching muscles back out and enduring the pain of fresh skin moving and stretching," the GoFundMe said of her progress.

Last month, Gunner returned home from the hospital for the first time since the accident. His football family surprised him while wearing "Coleman Strong" t-shirts two days after he got back.

Friends of the Coleman family have rallied together since the boat exploded. They set up a fundraising page for the family, and so far have raised over $61,000 of a $125,000 goal.

What happened to the boat that day is still under investigation.

"The gas tank exploded and the Lake Lanier people took the boat but they still don't know what's going on," Gunner previously told 11Alive. "Neither does the insurance company. It passed the inspection before it was ever turned on."

"From here the road is still long and painful with multiple trips to physical therapy for both Taylor and Gunner along with continued wound care to ensure that the burns heal properly and minimize and residual scaring," the GoFundMe said. "Thank you to everyone for your support of the Coleman family. It helps restore our faith in people seeing the overwhelming support from friends family and complete strangers all coming together for a cause and giving strength to overcome this incident that could have had a much more tragic outcome."