The Sonic took on some major damage from the storm, but that didn't stop employees from firing up the grill to serve its customers. 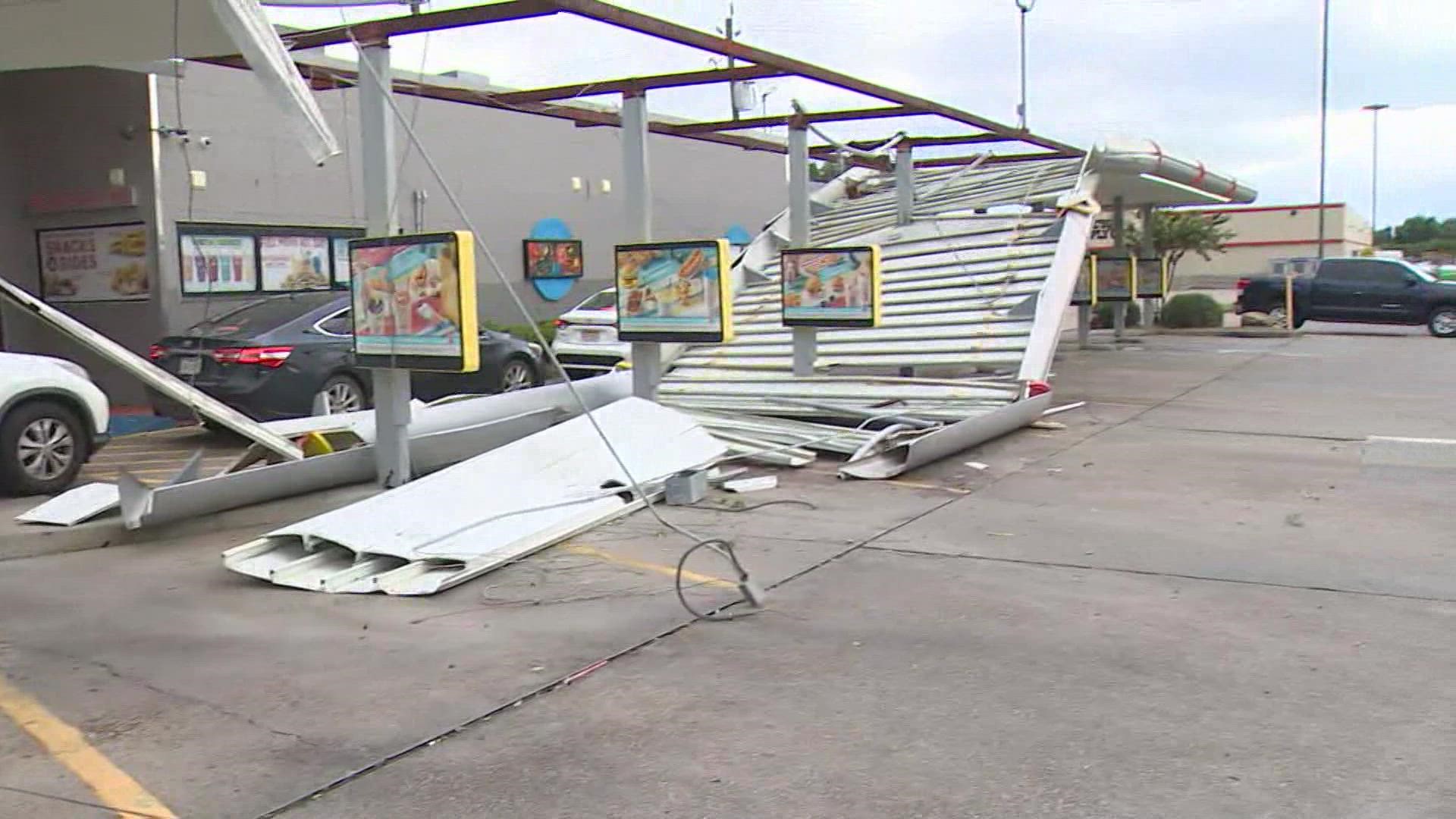 LAKE JACKSON, Texas — Lake Jackson was one of the areas hardest hit by Nicholas after the storm made landfall as a Category 1 hurricane.

Multiple buildings were damaged from the strong winds, including a Sonic, but that didn't stop employees from firing up the grill to serve its customers a hot meal.

Photos and videos show the Sonic has major damage. Its sign was destroyed, and the roof to one of its drive-thrus was ripped apart, but that didn't matter, because employees knew there were dozens of residents who were without power and needed food.

Residents said this is the only restaurant in town that has power and is open.

KHOU 11 reporter Xavier Walton will have a live report on the damage in Lake Jackson on KHOU 11 News at 4 p.m.

This Sonic is one of very few spots that have power in Lake Jackson. CenterPoint reports thousands of Lake Jackson residents are still in the dark.

City officials said the HEB Emergency Response Team has delivered a 500kw generator to the city so crews can continue to work to restore power to residents.

HEB BRINGS GENERATOR | HEB's Emergency Response Team delivered a 500 kw generator to the city so crews can continue to...

Posted by City of Lake Jackson - Government on Tuesday, September 14, 2021

Lake Jackson residents who are still without power are urged to call the following numbers: