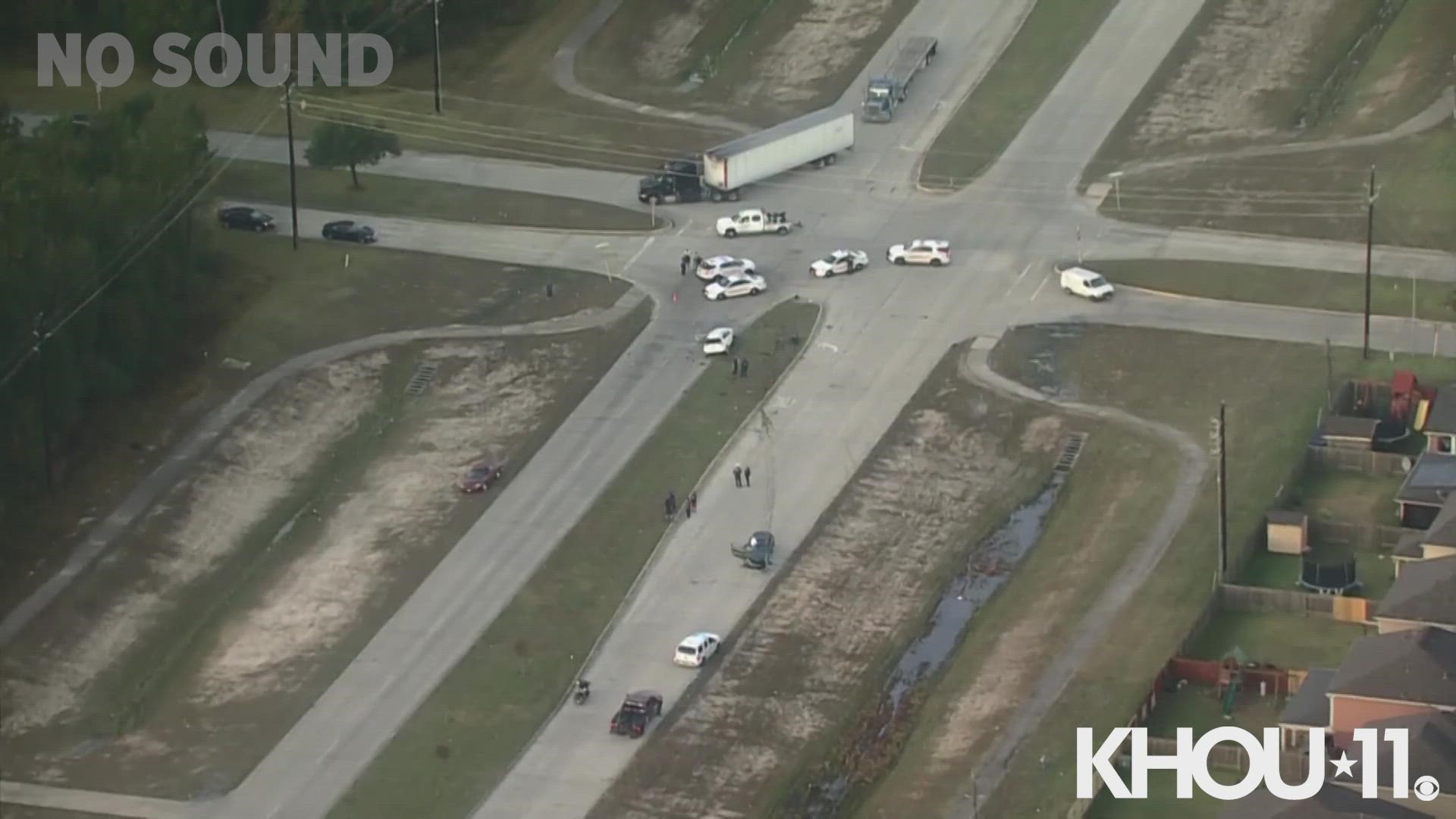 HCSO tweeted at 6:30 a.m. that deputies were at the scene in the 12100 block of N. Lake Houston Parkway near Lockwood Road. Multiple HCSO units responded.

Four people were taken to the hospital. The name of the victims and the extent of their injuries have not been released.

We're told Life Flight was requested, but it's still unclear whether any of the victims were airlifted.