The company has been fined multiple times for violating various environmental regulations. 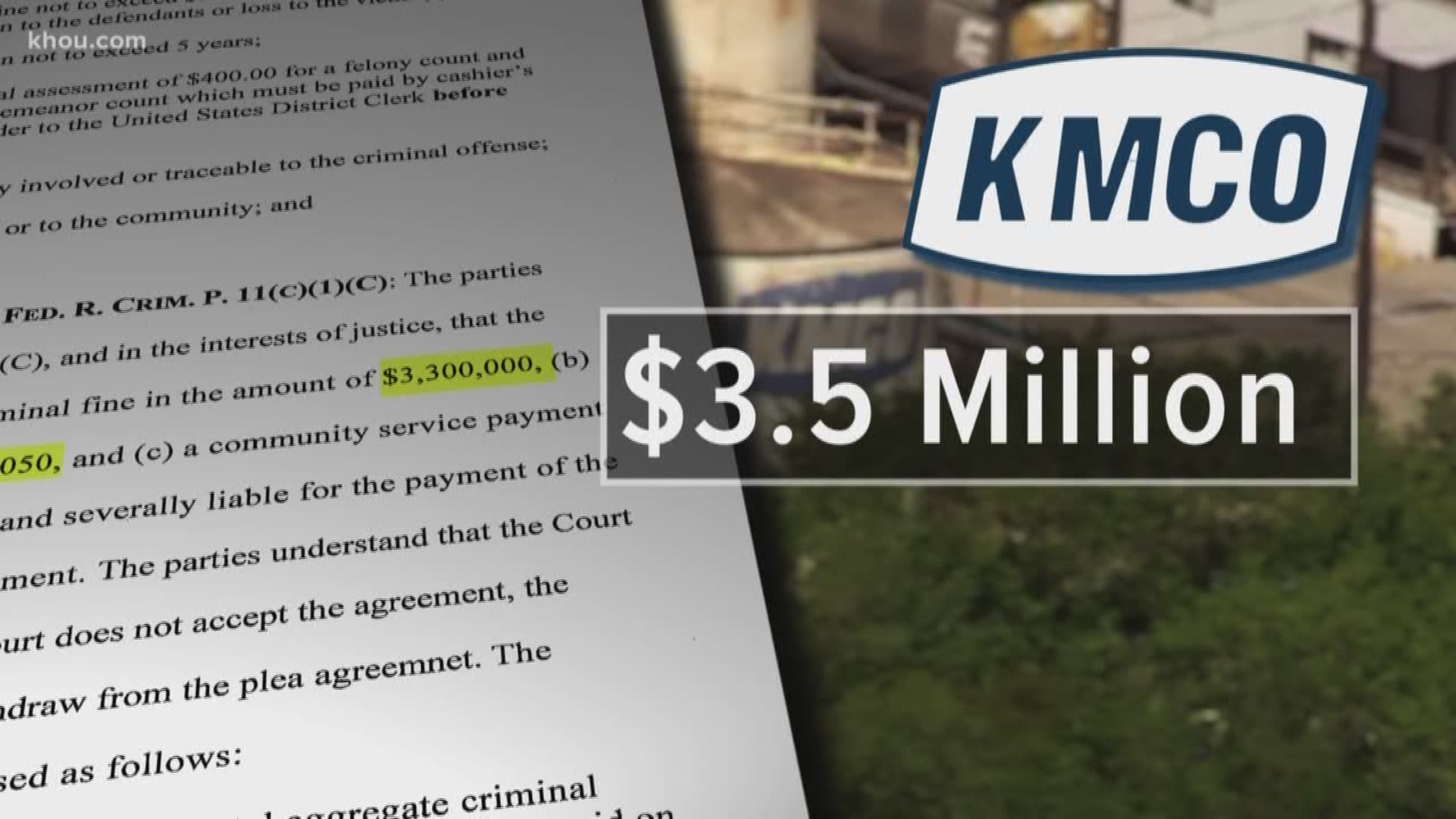 An explosion at the KMCO chemical plant in Crosby Tuesday morning, killing one person and injuring at least two others. Here's what we know about the plant.

It’s owned by ORG Chemical Holdings. The company “delivers superior specialty chemical manufacturing and toll processing services to many of the world’s largest chemical companies,” according to its website. “Our facility has batch and continuous distillation and multiple reaction capabilities producing over 900 million pounds per year of toll manufacturing products.”

The company has plants in Crosby and Port Arthur. The Crosby plant employs more than 180 full-time employees and has over 600 tanks, 28 reactors and 250 rail storage spots.

The plant is located at 16503 Ramsey Road in Crosby off Crosby Dayton Road, near Highway 90. The company has another plant in Port Arthur.

Isobutylene, which is a highly flammable colorless gas that can cause dizziness, drowsiness and unconsciousness. Tap/click here to read more about Isobutylene.

KMCO was criminally convicted of two counts of knowingly violating the Clean Air Act in 2016, according to federal court records. The company, and its sister companies in Port Arthur and Crosby, were ordered to pay a total of $3.5 million in fines, including $200,000 in a community service payment to the Southern Environmental Enforcement Network (SEEN).

The case stemmed from the companies failing to monitor leaks of ground-level ozone (smog) producing air pollutants at its chemical processing facility in Crosby, Texas, from 2008 until 2012. It also admitted that it falsified records to get permits. The company also operates under the names of Crosby LP and Ramsey Properties, according to court records. Its sister company, KTX LP, was also charged in the case for a separate explosion at its Port Arthur facility.

Separately, the company was also charged with air pollution in 1986 in Harris County District Court. It pleaded no contest and was given a $300 fine. The county also sued the company in that case. It’s since sued KMCO two more times for pollution. The latest case, in 2017 is still pending.

The company also has been fined nearly $400,000 by state and U.S. regulators.

Those fines include about $250,000 from the Occupational Safety and Health Administration, which regulates working conditions. It was cited for 66 violations at its Crosby plant from 2010 to 2013. One of the cases was opened on Dec. 24, 2010, the same day two employees were injured at the plant. The company was fined more than $65,000 in that case for 15 serious violations, including safety management of highly hazardous chemicals, hazardous waste and emergency response and control of hazardous energy.

It’s also been fined about $140,000 by the Texas Commission on Environmental Quality for 11 violations. The highest fine was for $35,370 in 2013 when they released too much carbon monoxide emissions and didn’t conduct stack tests.

RELATED: The explosion at Crosby plant started with isobutylene; here's what we know