CROSBY, Texas — KMCO chemical plant in Crosby has decided to eliminate 35 positions a month after the plant caught fire in an explosion.

The fire, that happened in April, killed one employee and hurt several others.

“This decision was painful but necessary to achieve our long-term strategic goals,” said a company spokesperson. “The company is grateful for the contributions made by each of the affected employees and we wish them the best in their future endeavors.”

The plume of smoke was reminiscent of the ITC fire in Deer Park that occurred weeks before. 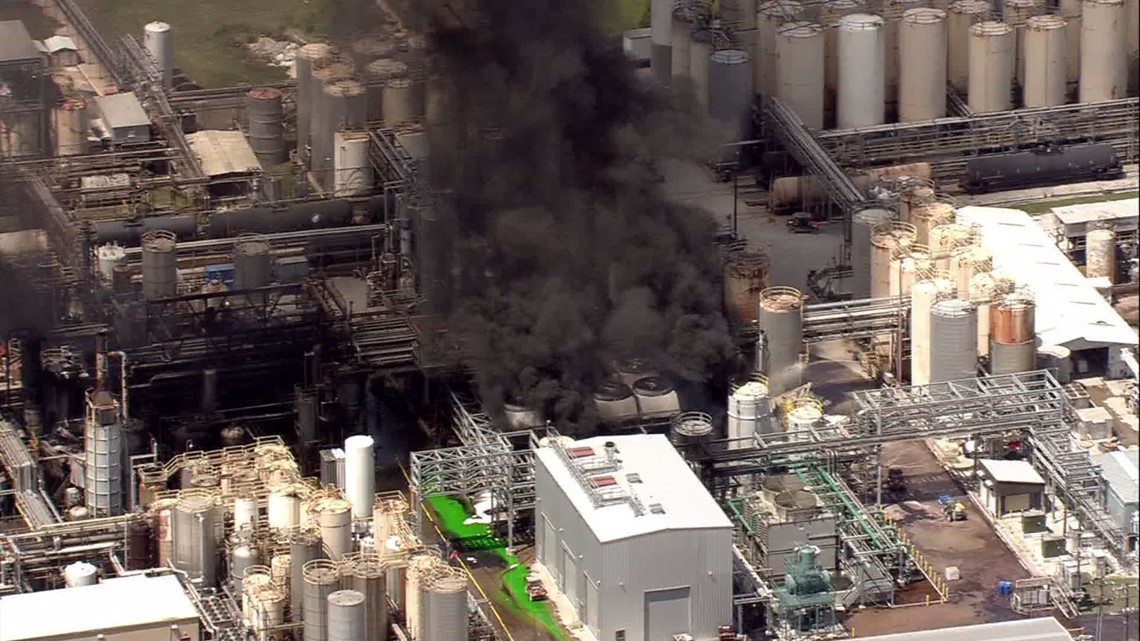 “Next thing you know there was a huge explosion and people were running out the gate,” said a worker following the incident.

Several workers spoke with us about the scary moments after the explosion.

They also shared photos of first responders tending to the fire and those injured inside the facility.

The company’s president also addressed it back on April 2.

“First, an apology for creating this situation,” said John Foley.  “The worry, the angst.”

He promised that measures would be put into place to keep it from happening again. Although a KHOU investigation revealed a history of violations at KMCO. And regulators also determined the company had a high potential for harm.

“We take our commitment to the community and employees very seriously,” said Foley the day of the explosion.

Some of the employees laid off this week told us that commitment was broken as far as they’re concerned.

The company said it is providing support to help impacted employees find other jobs.

Meanwhile, KMCO is also the target of multiple lawsuits regarding clean air violations.