The Halloway family made three decades of memories inside their home, but it took just a few hours to gut it. 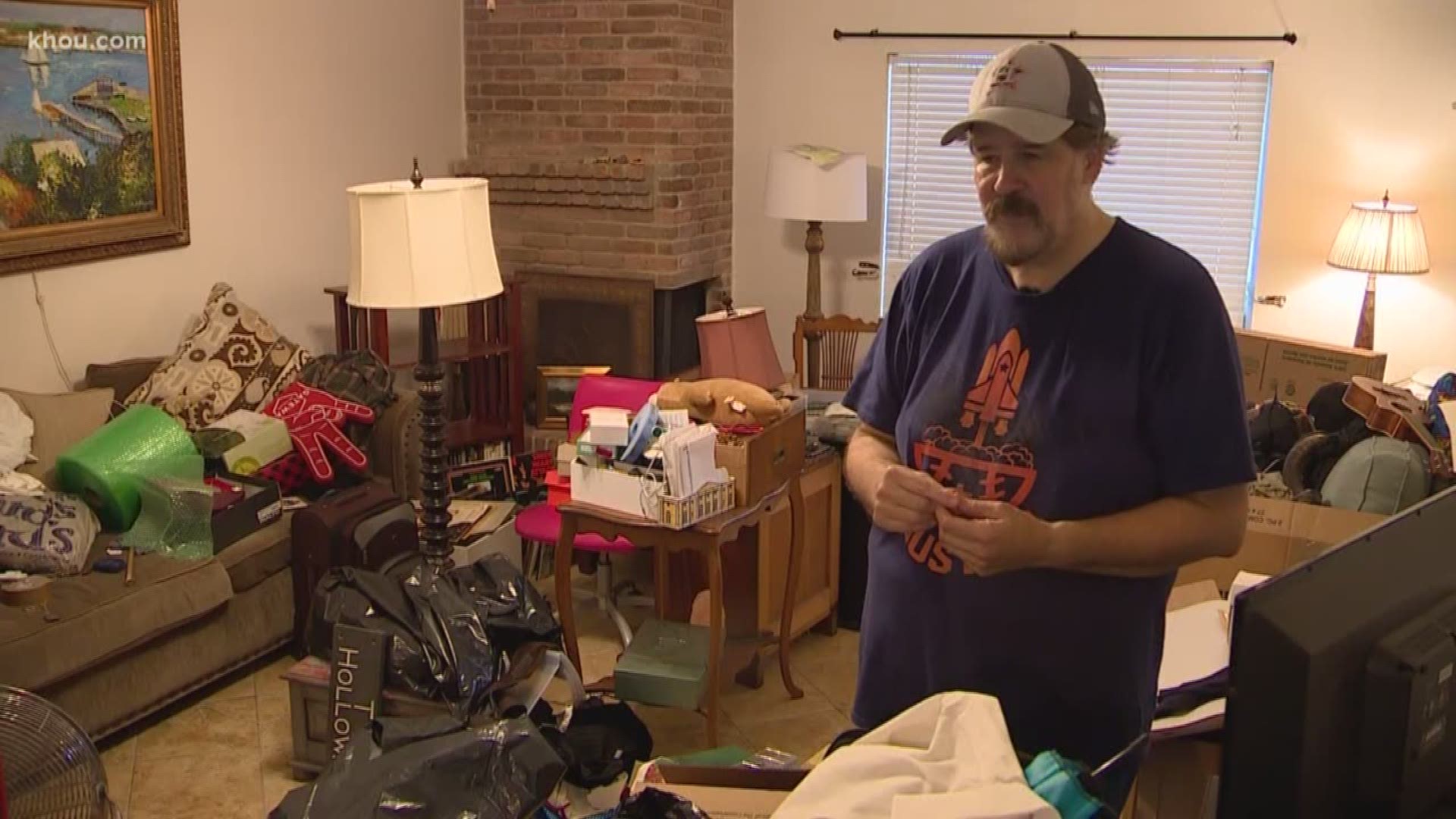 HOUSTON — For the third time in just two years, Kingwood residents are cleaning up after rising water flooded streets and several homes.

The day after Imelda brought torrential rain to the area, residents tried to salvage some their belongings.

For those who have flooded before, mounds of debris piling up near neighborhood streets is a familiar sight.

RELATED: Homeowners in Kingwood wonder if construction is to blame for flooding

However, for the Halloways, it’s a first-of-kind experience.

“When Harvey came, many people in Kingwood lost power, had intense flooding. We didn’t have any of that," said Chris Halloway.

He said they have lived on Valley Rose Drive for 30 years. The house is made up of three decades of memories, but it took just a few hours to gut it.

“The water just came just so fast that it was like, it was scary really,” Halloway said.

Just like the storm’s fury rushed in, so has the help from volunteers now that the water has receded.

“They said we know how to do this. We’ve been through this. We went through this In Harvey with other friends. Let us come help you," Halloway said.

Leticia Salazar is one of those volunteers. Salazar said it’s about stepping up when somebody in need is feeling low.

“What can I do? You know the most important things for people are pictures and anything memorabilia so you want to salvage that right away. You know there’s not even a question,” Salazar said.

While anything ruined by floodwater is thrown out, Sasha Halloway holds onto what’s most important.

“Not would be pictures, letters,” Sasha Halloway said. “We’re kind of lucky. It got a little wet but it’s -- we’re drying it, and it will be good.”

It’s that kind of attitude and humor that that will get the Halloways through their first flood.

“You know, I think we’ll walk through this -- I want to say victoriously -- but you know, in a positive way,” Chris Halloway said.