Killer on the run: Husband, wife were just minutes from home when someone shot her in the head

Investigators believe the woman could be an innocent bystander caught in the middle of a road rage shooting. 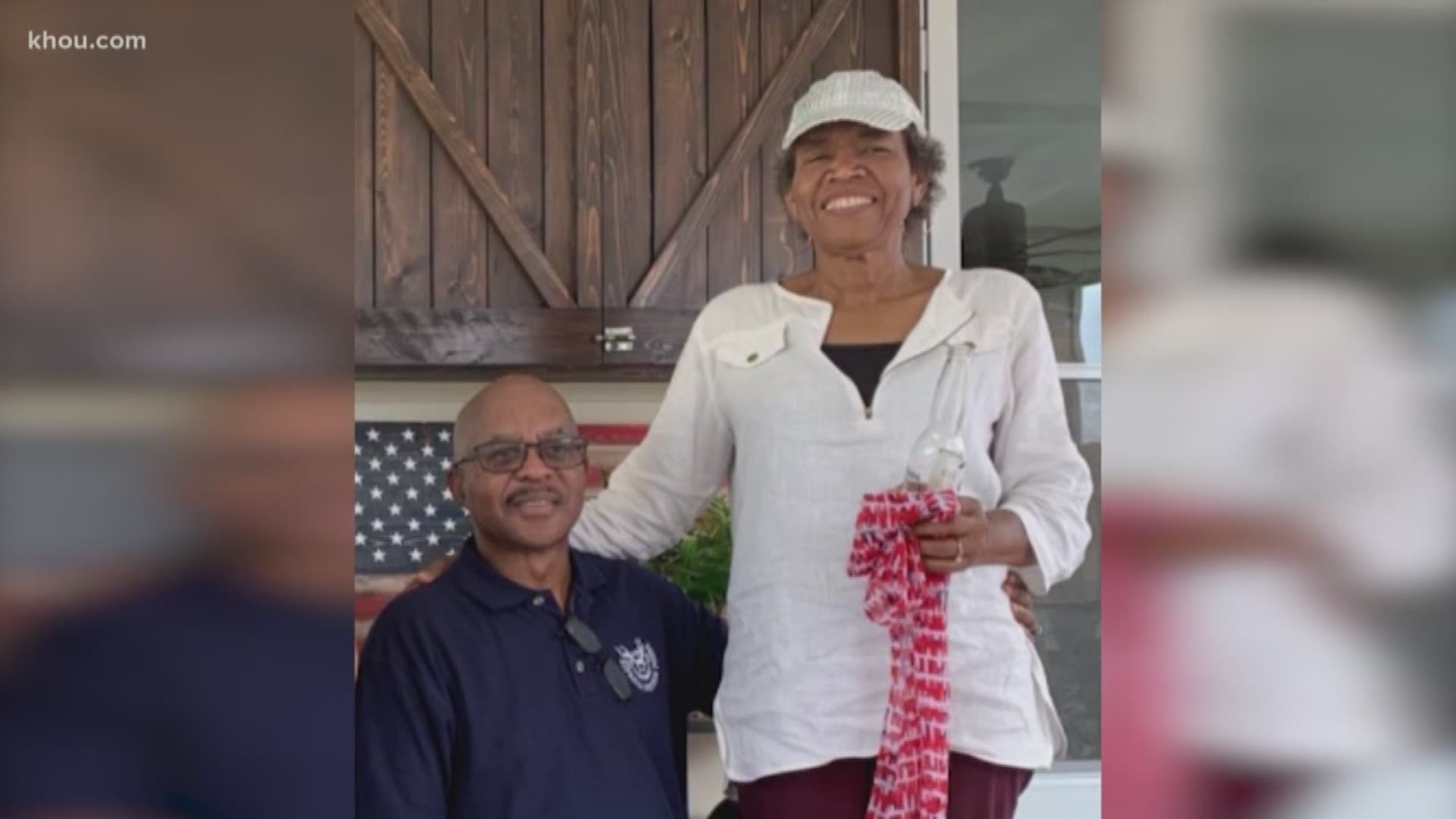 HARRIS COUNTY, Texas — A woman was fatally shot as she and her husband drove home from a doctor's appointment in west Harris County Tuesday evening, the sheriff's office said.

Harris County Sheriff Ed Gonzalez said Saron James, 62, may have been an innocent bystander caught in the middle of a road rage dispute.

James' husband was behind the wheel at the time. He said he thought they were hearing fireworks, but when he looked over at his wife, she had a gunshot wound to the head.

Saron James was rushed to the hospital where she later died.

Her husband said they had just left the doctor's office and were on their way to pick up medicine before returning home. He thinks the shooting was a case of mistaken identity.

“You’ve done a lot of wrong. You took a great person. You took an angel from us. You need to be punished. They need to get him off the street.” he said in a message to the shooter.

The couple's daughter is aware of all the road rage shootings that have happened on #HarrisCounty roads in recent weeks. When asked about her mom being the latest victim she says, “It’s happening too often. It’s coming to your door. It’s coming to you.”

A motive for the shooting is not known.

"Very sad," tweeted the sheriff. "Our investigators are on it and have worked around the clock. According to Mr. James, he and his wife were minutes from home and discussing their dinner plans when shots rang out."

Deputies are looking for a white Audi SUV traveling in the opposite direction on the same street at the time of the shooting.

The Audi was reportedly driven by a black male, early 20s, with curls. Witnesses said at least two other people were in the Audi.

KHOU 11 obtained surveillance video of the white Audi believed to be involved.

Harris County homicide detectives are now zeroing in on the surveillance footage. James' husband is OK and said he wasn't involved in any road rage. Investigators think this SUV may hold the key and this community hopes someone will come forward.

"My hope now is that they catch them because this kind of crime can not go answered because it's only going to escalate," said Martha Griffith, who lives near where the shooting happened.