Starting Friday, Jan, 18, Killen’s will offer family packs of bar-b-que which will include brisket, sausage, potato salad and beans. 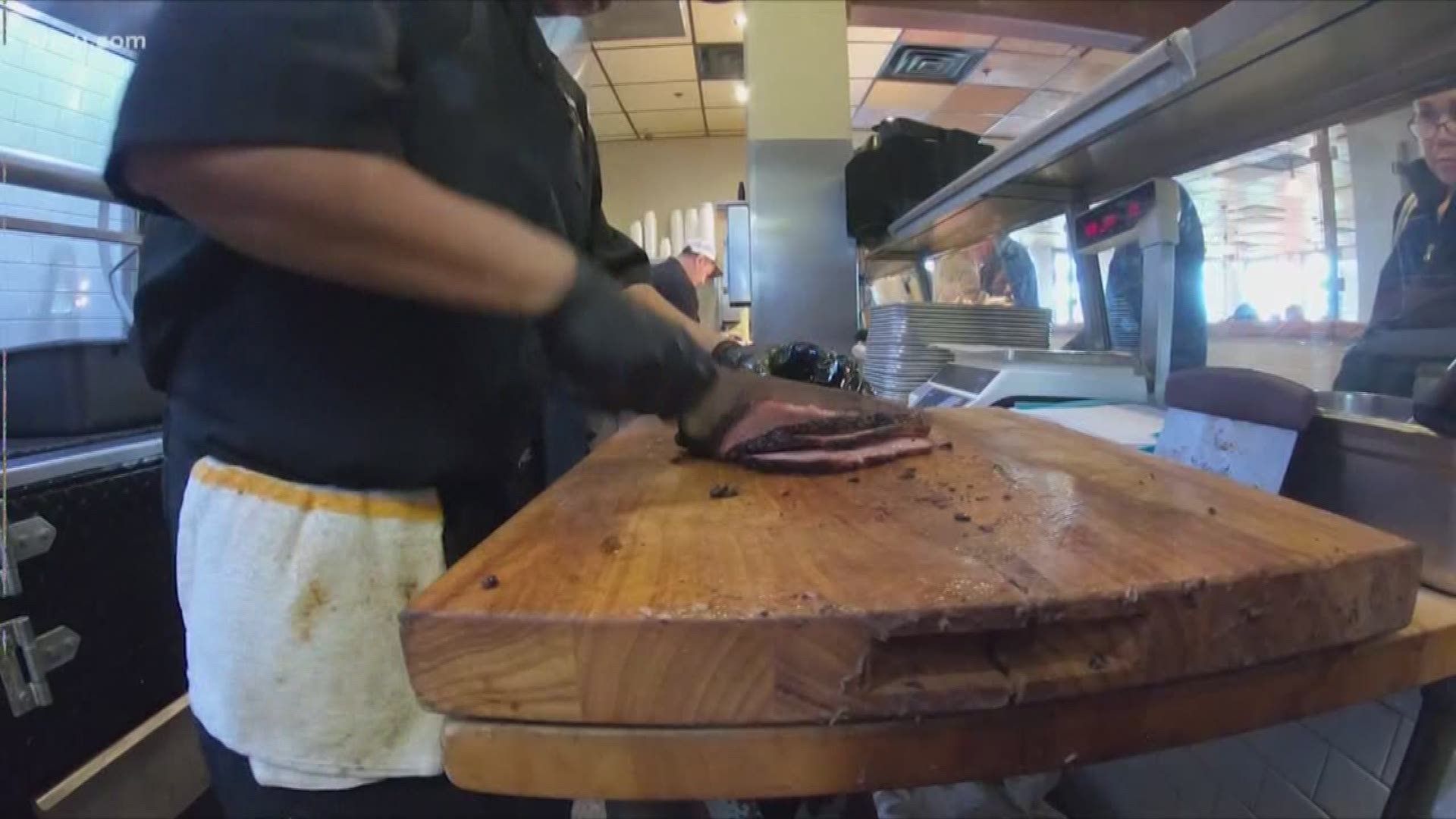 PEARLAND, Texas — It’s day 25 of the partial government shutdown.  While federal politicians haven’t been able to reach an agreement, local businesses across the Houston area are finding ways to support the thousands of unpaid federal workers.

Ronnie Killen, an award-winning chef and owner of Killen’s Bar-B-Que at 3613 E. Broadway in Pearland, is organizing family meal packs for federal workers financially impacted by the shutdown.

“When you think about somebody not being paid for almost four weeks, I mean that’s a long time,” said Killen. “You know, feeding people is what I do.”

Starting Friday, Jan. 18,  Killen’s will offer family packs of bar-b-que which will include brisket, sausage, potato salad and beans.  It’s enough food to feed a family of four.  The meal is free and will be offered to unpaid federal workers every Friday until the government shutdown is over.

All you need to do is walk up to the “to-go” window and present your valid federal employee identification card.

“Having a good, warm meal is just comforting and especially, barbque in Texas just goes hand-in-hand,” said Killen. “So I’m like, why not do it? I’ve been blessed many, many times over with my restaurants. It’s the least we can do to make somebody feel good for a little bit.”

“That’s just something we do,” said Killen.

For a list of more restaurants offering free food to federal workers affected by the government shutdown, click here.