Killed in the line of duty: A mother's story of loss, survival through C.O.P.S.

A mother whose son was killed in the line of duty now supports others like her through the nonprofit C.O.P.S. Its purpose is to support fallen officers' families. 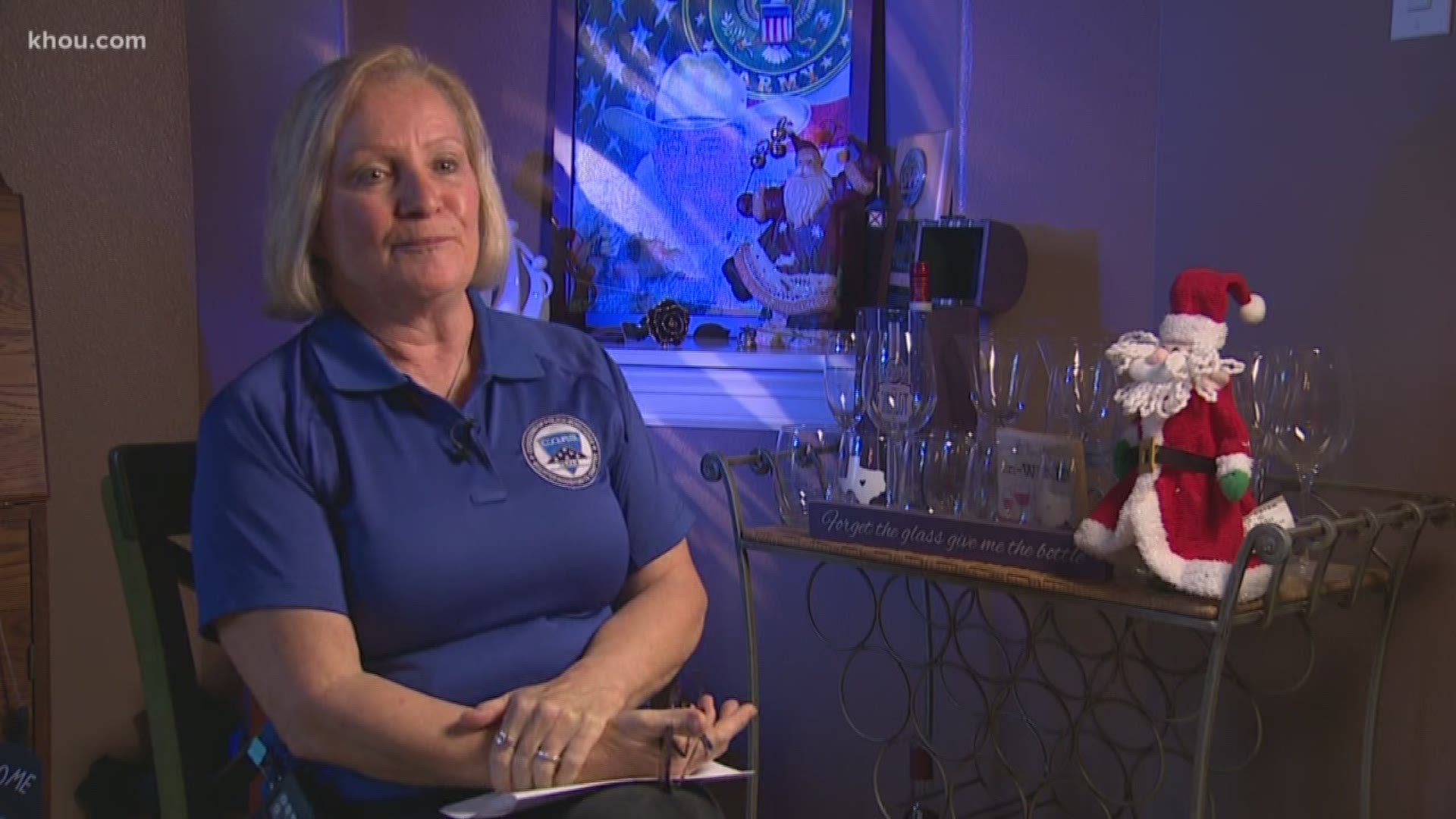 CHAMBERS COUNTY, Texas — When an officer is killed in the line of duty, their funerals are often attended by thousands and aired live on television. It’s done out of respect to the fallen officer, but it also puts the family’s heartache front and center leaving so many concerned for their well-being.

There is a nonprofit called Concerns of Police Survivors, or C.O.P.S., with the sole mission of supporting the families of these officers.

RELATED: Timeline: From hotel hideouts to lying to police, here's how investigators tracked down Tavores Henderson

RELATED: Funeral service information released for Sgt. Sullivan, and you you can help her family and Nassau Bay police

Cheryl Railsback is president of the Greater Houston C.O.P.S. chapter which covers 68 counties. After a death, she is among those who goes in to speak with the family. She offers her phone number with 24-hour access, holds them in her arms and tells them she understands.

“I lost my son in 2009. I know how they are going to feel. I know the day after the funeral, I can tell you they are not going to want to get out of bed," Railsback said.

Chambers County deputy Shane Detwiler was shot and killed in the line of duty. The husband and father of three was only 31 years old.

As the years have passed Railsback has gotten used to what she calls her "new normal," proudly sharing stories of her boy as she thumbed through an old photo album.

“When I say he always had a smile on his face, he always did. I am so glad that he was mine to raise, you know? Not everybody can say that," Railsback said.

When Detwiler returned to Texas, he became a game warden once again, and then a deputy with the Chambers County Sheriff’s Office. He was only a deputy for two months when he was killed.

When her son was killed, C.O.P.S. stepped in to support Railsback, telling her that eventually, she would be OK, which she didn’t believe.

“No...no. Because my heart was broken in so many, so many pieces," Railsback said.

C.O.P.S. connected her with other families who also lost their officer in the line of duty. Nationwide, there are 51,000 individuals who are part of the organization. C.O.P.S. offers retreats for spouses, parents, in-laws and summer camps for the kids of fallen officers at no cost, except for travel.

“I wouldn’t be where I am today without the C.O.P.S. organization," Railsback said.

Ten years after her monumental loss, Railsback can offer support to others are they navigate the lowest moments of their lives. Railsback is living proof to them that perhaps they too can survive unthinkable heartbreak.

“We take their hand and pull them up and we help them rebuild that shattered life," she said.

For more information about C.O.P.S. or to learn about supporting the nonprofit, click here.