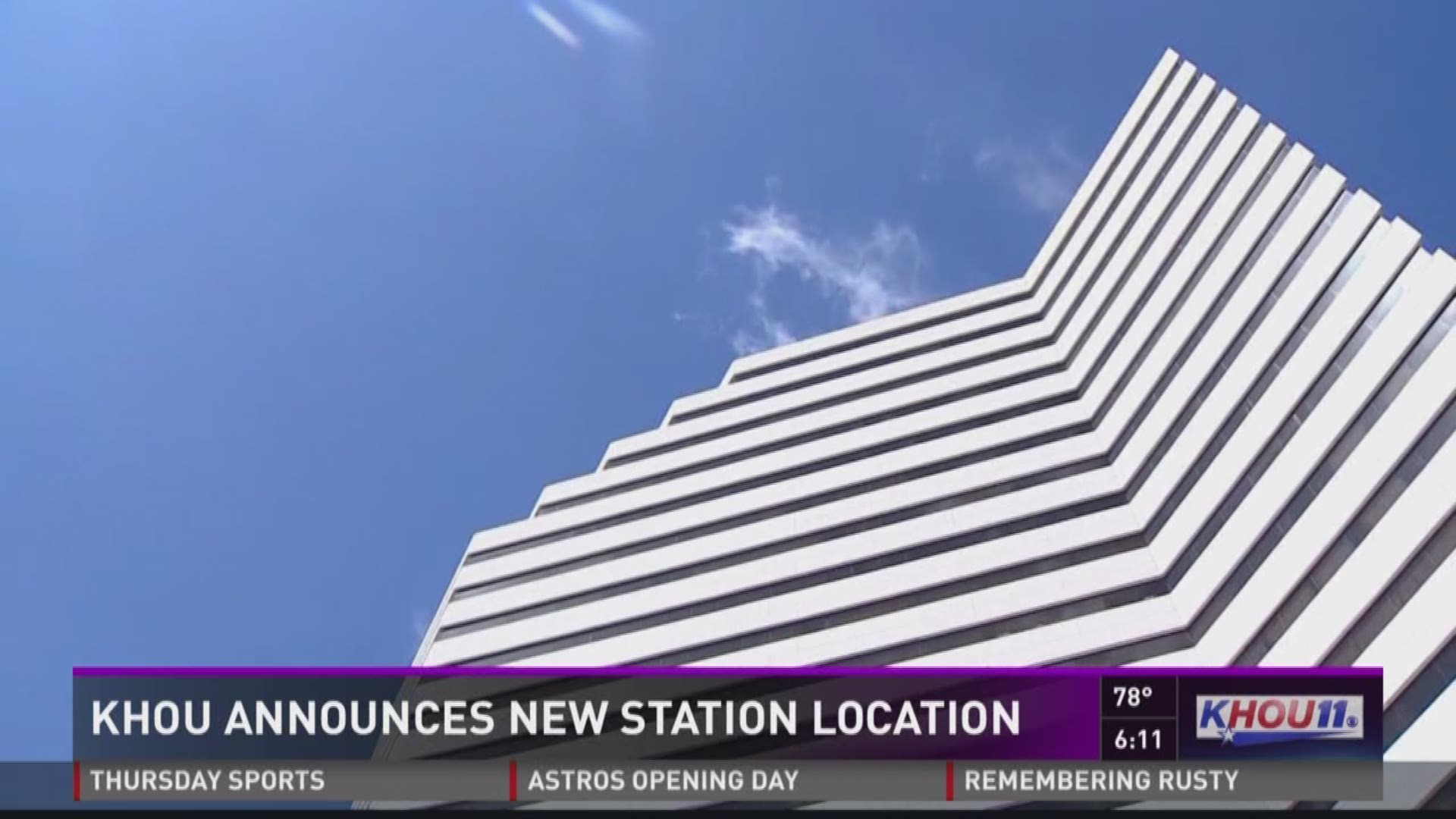 HOUSTON — KHOU announced Thursday that our station of the future will be located just west of the Galleria area.

KHOU will occupy three floors of the high-rise at 5718 Westheimer near Bering. The 43,000 square feet of space will include two studios, two control rooms, an open collaboration space for all content producing departments, technical operations, sales and executive offices.

1 / 10
KHOU announced Thursday the location of their new station will be just west of the Galleria area. KHOU will occupy three floors of the high-rise at 5718 Westheimer near Bering. (Derek Felton Photo)

“We are thrilled to have a station with such a long history of journalism excellence move into 5718 Westheimer,” said CBRE senior vice president, Marilyn Guion. “Ownership recently renovated the building and created a bold new entrance along Westheimer. Over $10 million went into high-end amenities, including a new lobby, state-of-the-art conference center, a 4,000 square-foot fitness center, and updated restrooms and corridors throughout the building. These improvements give the tower a brand-new look and were instrumental in KHOU’s decision to make a long-term commitment to 5718 Westheimer.”

And while we’re not building from the ground up, it’s still a monumental move considering what we’ve been through since Harvey destroyed our Allen Parkway studios.

“It really just didn’t make sense for us to go back there and rebuild knowing it would likely flood again,” said KHOU News Director Sally Ramirez.

Station leadership decided to sell the old building and we recently watched the call letters come down from our landmark broadcast tower.

1 / 91
The iconic KHOU letters were removed from the tower at 1945 Allen Parkway Friday. As you know, we were forced out of our studios on Allen Parkway by Hurricane Harvey and the letters are coming with us. (Derek Felton)

The decision to relocate the station to an office tower took a lot of work and negotiating with the building’s management team.

“From eight satellite dishes on the roof, to extra special parking, to lots of signage for KHOU,” said CBRE Vice President Marilyn Guion. “It’s certainly been a fun deal to make happen.”

KHOU employees are currently spread out in several different offices.

We'll be back together under one roof in less than a year.

KHOU leadership thanked Houston Public Media for all of their help since Harvey.

“We’re grateful for the support of Houston Public Media, who stepped up to provide us with our temporary home after our building flooded due to Hurricane Harvey," McEldoon said. "But we’re eager to bring all of our team back together at 5718 Westheimer in early 2019.”

We will continue to operate on the UH campus until moving day.

Meanwhile, a mini-studio at the GRB that was in the works before Harvey will debut in May.

“This new street-level, glass front studio space will give our audience a front-row seat to all that’s happening," McEldoon said.