A spokesperson for the Sugar Land Fire Department said there's no threat to students but two contractors were hurt. 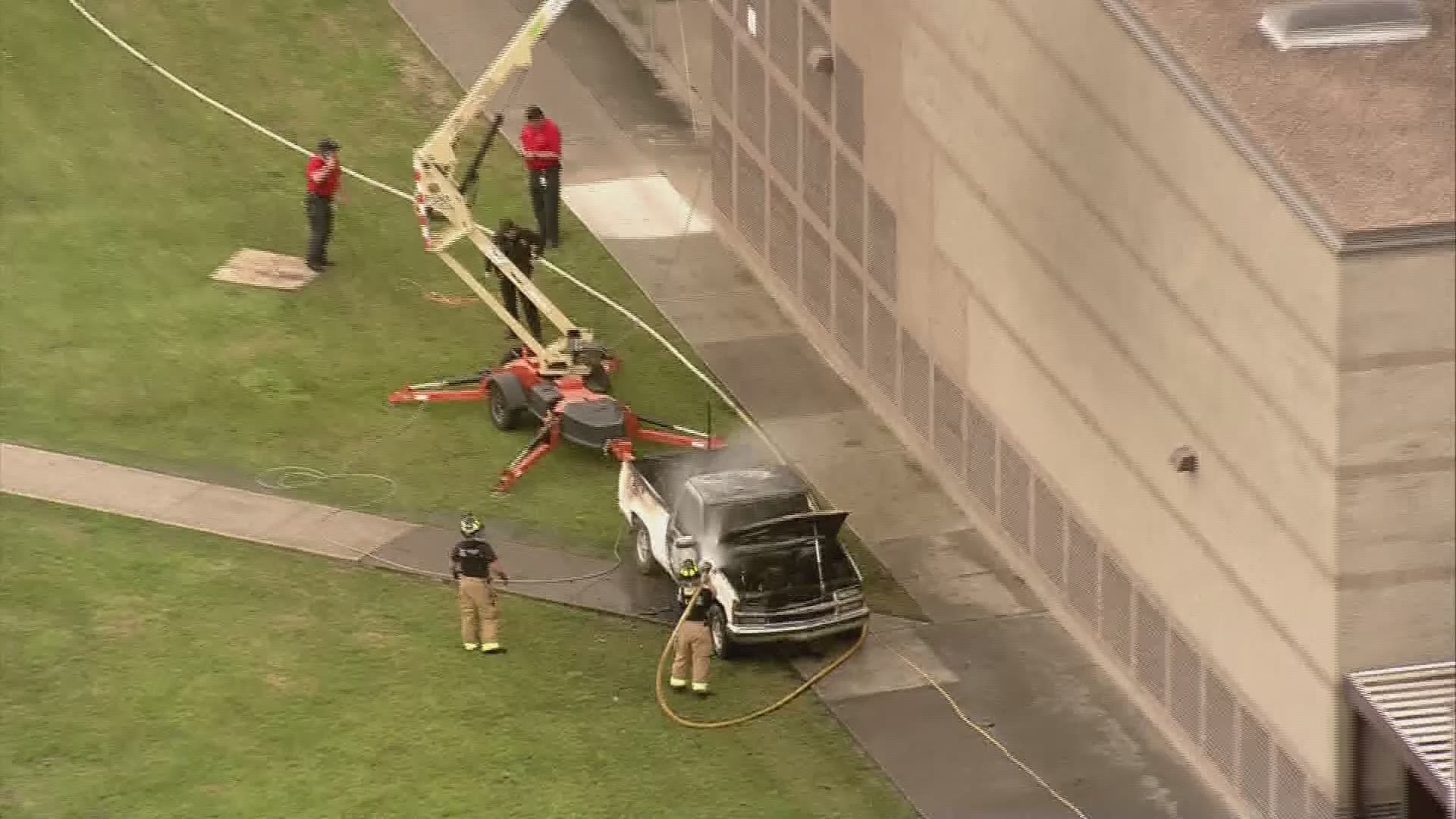 SUGAR LAND, Texas — Firefighters are on the scene of a small fire outside Kempner High School in Sugar Land.

Students were evacuated as a precaution after the fire sent heavy smoke into the air. They're now being moved back inside.

A spokesperson for Fort Bend ISD said there's no threat to students.

One contractor who jumped out of a cherry picker attached to the burning truck was hurt, according to Sugar Land Fire Department spokesman Doug Adolph.

A piece of equipment used by the contract crew caught fire and the flames spread to their truck.

The fire is now under control.