Keeping you and your pets safe as wildlife emerges from hibernation

So far in 2021, 15 wild animals have tested positive for rabies in Maine. 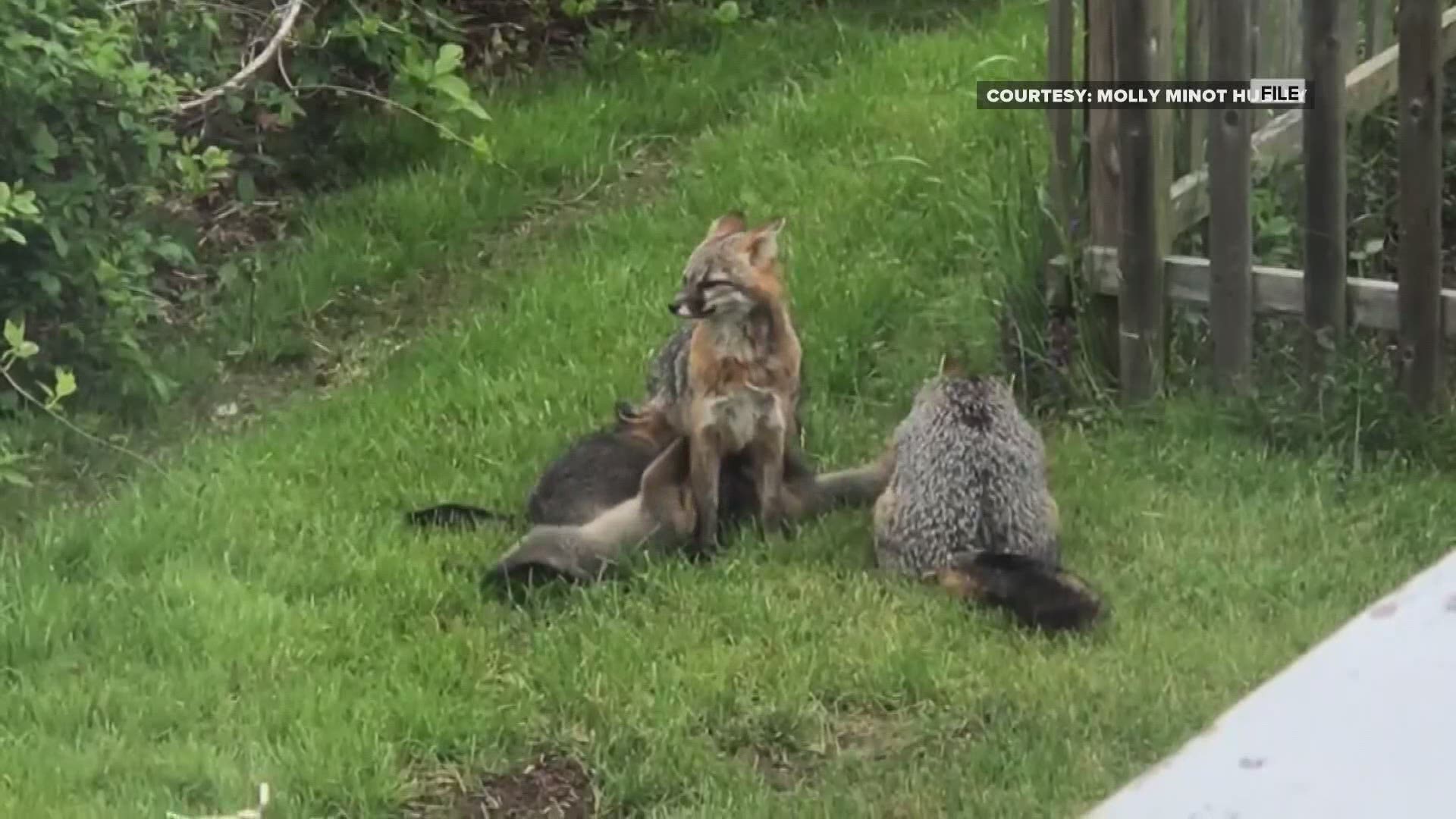 MAINE, USA — It's no secret that Maine is home to plenty of wild animals, but in the springtime, your chances of encountering one of them are at their highest.

"There's a lot going on in the woods right now and you're more likely than ever to see wildlife," Maine Department of Inland Fisheries and Wildlife spokesperson Mark Latti.

Latti says as animals come out of hibernation in search of food, our chances of spotting wildlife in the woods and in our backyards are heightened.

"As the weather warms up, there's more and more food available," said Latti. Animals with newborns are also beginning to explore as well, greatly increasing your chances of spotting something while you're out on a walk.

Of course, with more animals out and about, the chances of encountering a rabid animal increase too.

According to data from @MaineDHHS, this year alone 15 animals have tested positive for rabies in the state. Veterinarian, Dr. Alexandra Settele, tells me about dangers and prominence of rabies in Maine @newscentermaine pic.twitter.com/ynDRwjrJuR

According to data from the Maine Department of Health and Human Services, 15 animals have already tested positive for rabies in Maine in 2021.

"Rabies is a terrible disease. We do still see it in the area in some wild animals," said Dr. Alexandra Settele, a veterinarian with the Animal Welfare Society in Kennebunk.

In an effort to help keep pets safe, as wildlife emerges this spring, the Animal Welfare Society hosted a free rabies vaccine clinic for dogs on Saturday. More than 100 dog owners brought their pets to the clinic in Kennebunk to be vaccinated. Rabies vaccinations are required by Maine law for dogs and cats.

"It is untreatable, it is fatal and can be passed to people," said Settele.

Settele and Latti both encourage rabies vaccinations for pets. The Animal Welfare Society plans to host additional rabies vaccine clinics this year, and appointments can be scheduled with their office for vaccinations outside of clinic times.

Even if your animals have received the rabies vaccine, wildlife experts say it's important to still be vigilant for possible rabid animals.

"The most unusual thing you will see with an animal that is rabid is they are aggressive. If you see an animal being aggressive towards you, the best thing to do is call 9-1-1" said Latti.

Latti says by calling dispatch, you alert an animal control officer or game warden of the situation.

Another way of protecting you and your pets close to home is by removing bird feeders, and storing trash in locations animals cannot get to.

"Take in those bird feeders, rake up the seed that's down there. If you feed your pets outdoors, bring the food inside. Store the trash securely," said Latti.

The experts say the best thing you can do to stay safe, is keep your distance and let the animals be.