His spokesperson said Dr. Lance Hindt would like to have an open dialogue with the man who claimed Hindt bullied him in junior high school. 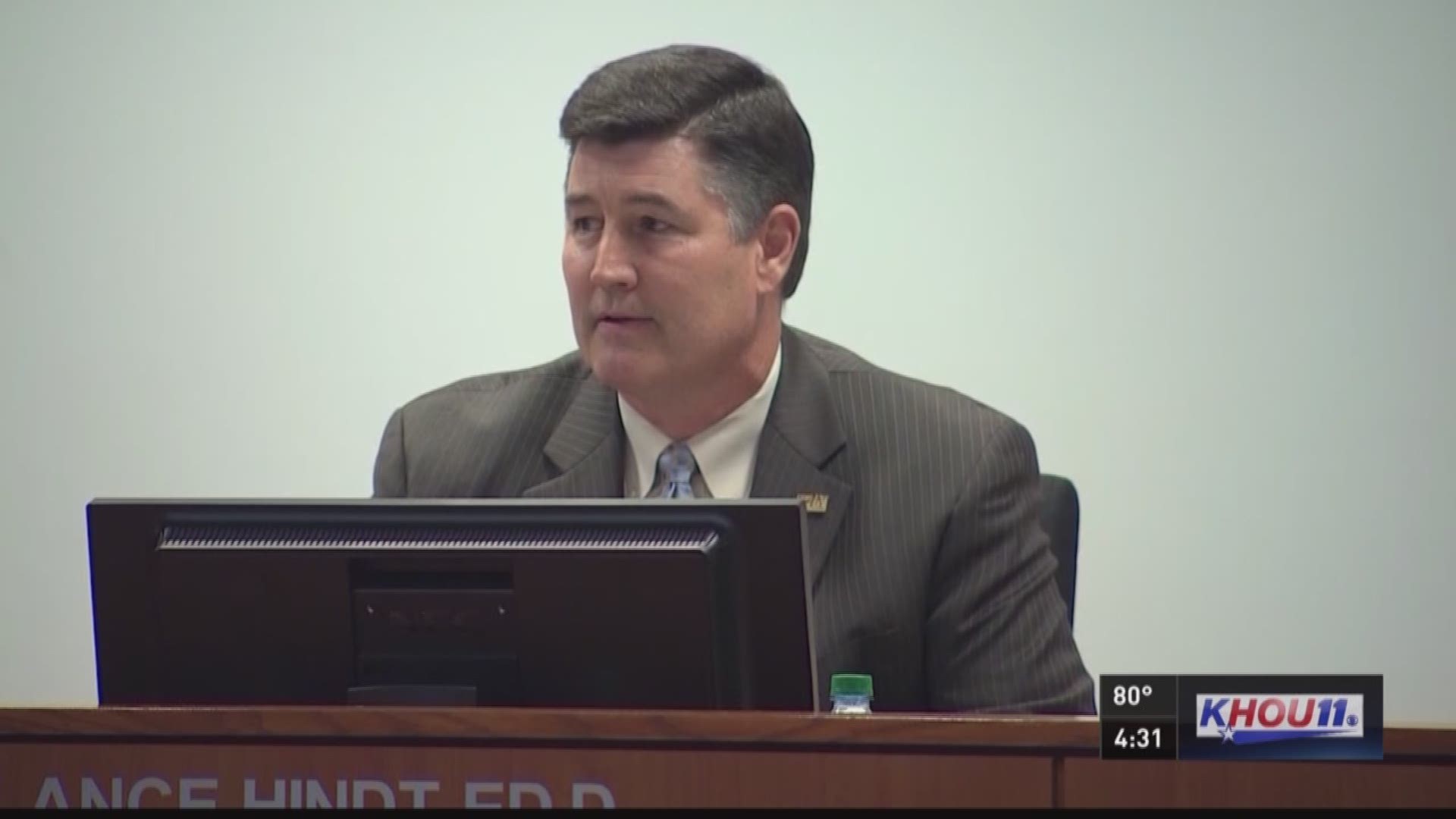 His spokesperson said Hindt would like to have an open dialogue with the man who claimed Hindt bullied him in junior high school.

A few weeks ago, Greg Gay, 53, stood up at a public school board meeting and stunned the crowd when he confronted Hindt. Gay said Hindt, along with other boys, beat him up and shoved his face in a urinal.

“It was traumatic,” Gay said.

Gay is pleased Hindt wants to talk to him, but would prefer an admission to bullying.

“Even if he would’ve said, ‘I don’t remember doing this, but I’m sorry that it happened to you. Let’s move forward to try to change some policies to make this better for other kids,' ‘cause that’s the whole reason I came forward. I’m scared to death that we’re going to have another Parkland here in Katy," he said.

Gay makes it clear he thinks the superintendent is the right man for the job, and he does not hope he’ll lose his job.

Gay says since the confrontation back in March, he’s received about 700 messages from around the world. People have written words of support on social media, hoping to put an end to bullying.

Reading one of the messages, Gay says, "It says, 'I saw your story. I want to thank you for standing up to that man.'”

A spokesperson for Hindt says he’s not admitting to anything, but not flat-out denying his role in the incident, either. Hindt plans to reach out to Gay in a “private forum.” The date and time of the meeting will not be publicly disclosed.