Lakewood Church officials said he will attend the 11 a.m. service. 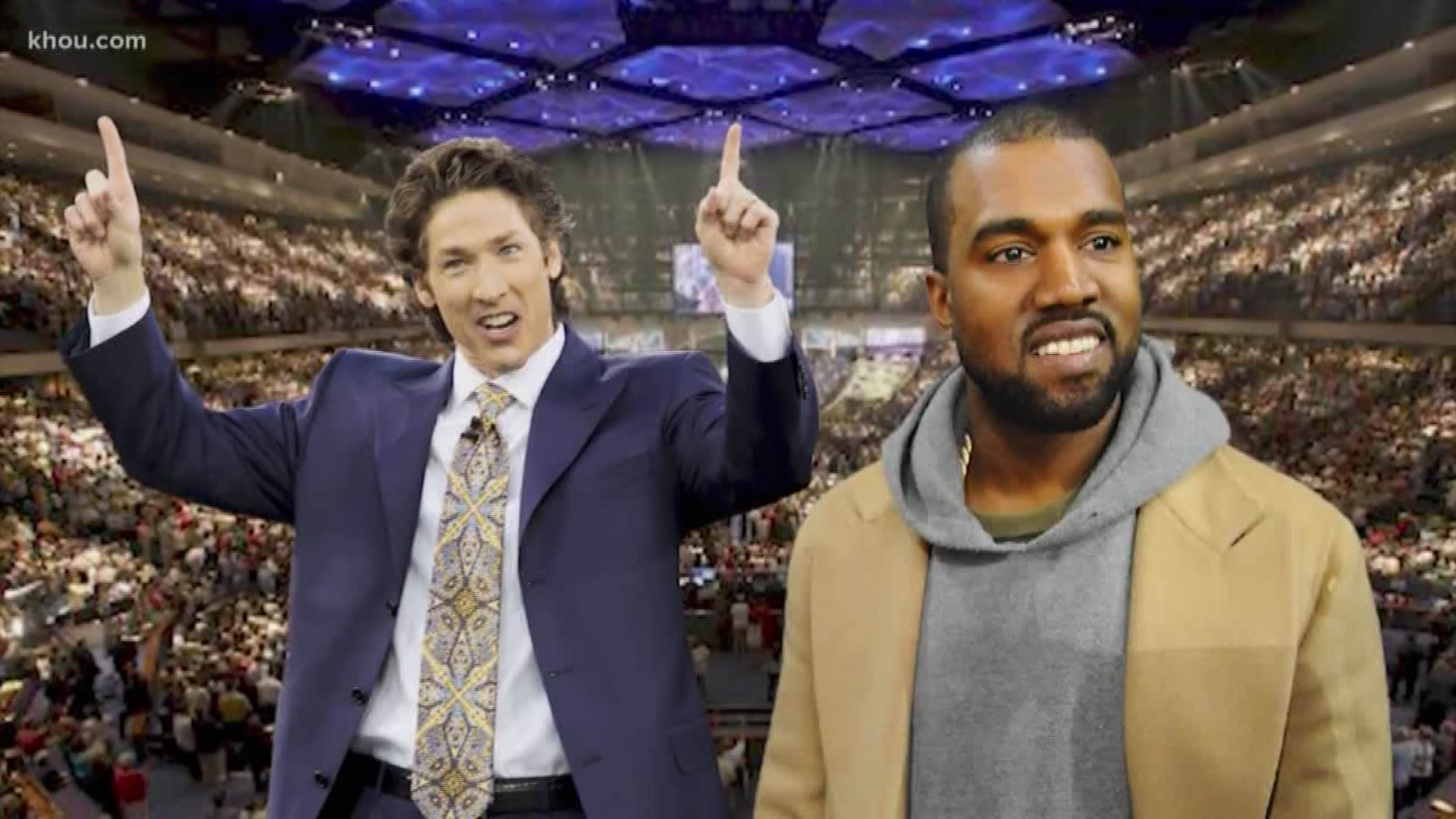 HOUSTON — Well, it looks like Joel Osteen prayers have been answered!

About two weeks ago, he extended an invitation to Kanye West to attend a Sunday Service at his Houston megachurch and Kanye has officially accepted.

Lakewood confirmed to KHOU 11 that West will attend the 11 a.m. service this Sunday, Nov. 17.

Kanye is expected to take the stage with Pastor Osteen for a short interview early in the service. Church officials could not confirm if West's "Sunday Service" choir will perform.

Kanye released his gospel-inspired album "Jesus is King" on Oct. 25.

The "Jesus Walks" rapper often conducted his own Sunday Service on his property in Calabasas, California. Not too long after, he and his choir started visiting several different cities in the U.S. and performing in front of large crowds on the street and in churches.

West recently sat down with radio DJ Zane Lowe for an interview and he opened up about his new journey through faith and what inspired his upcoming gospel album.

"Now that I am in service to Christ, my job is to spread the gospel. To let people know what Jesus has done for me," West said. "And in that, I'm no longer a slave. I'm a son of God now. I'm free through Christt.

More than 50,000 people attend Lakewood Church each week and millions more watch Osteen's televised sermons. The service is seen in more than 100 countries.

Lakewood said they will release more details about West's attendance later on in the week.