A 29-year-old man has been missing for three days and Houston police need your help locating him. 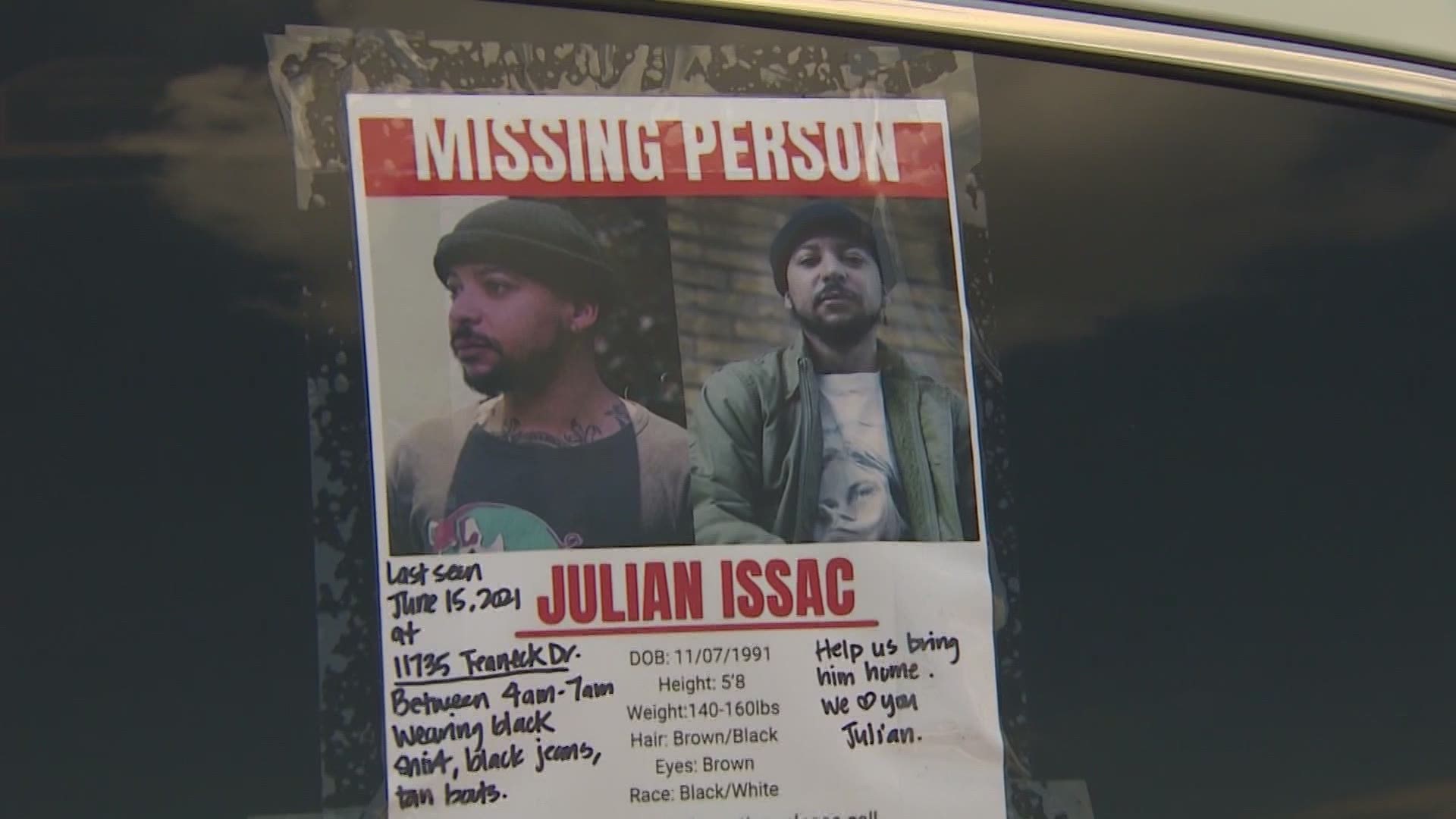 HOUSTON — A body was found Saturday during a search for 29-year-old Julian Issac who has been missing since Tuesday morning.

Texas EquuSearch founder Tim Miller said the body was found as volunteers were searching for Issac. Authorities are awaiting identification from the medical examiner's office.

Issac was last seen early Tuesday morning in the 11700 block of Teaneck Drive, which is near the Gulf Freeway in Pasadena.

His mom told KHOU 11 he was last known to be in rideshare, like an Uber or Lyft, the day he went missing and hasn't been seen or heard from since.

Search crews that met at Burnett Elementary School near Sagemont Friday afternoon will return Saturday morning with help from EquuSearch reinforcements as they continue to look for Issac.

“There is nothing normal; the texts, the disappearing,” said William Issac, Julian Issac's brother. “Nothing’s normal about any of this.”

It was still dark outside when William Issac says his twin brother took an Uber at approximately 4 a.m. to a neighborhood near the Gulf Freeway and the Beltway on Tuesday.

It is where Issac’s girlfriend lives, but he never made it inside her home.

“Ten minutes later, we were getting calls from him saying he was being chased. People said they were going to hurt him, going to kill him,” William Issac said.

The last documented time anyone heard from him was 5:26 a.m., William Issac said.

At one point, William Issac says their mother was on the phone with him.

“She heard him say, ’Sir, sir, sir, I’m not doing anything I’m just trying to get to my girlfriend’s house.’ From what it sounded like, he was hiding in a backyard," he said.

Search crews fanned out Friday afternoon beneath an unforgiving sun, carefully combing through the brush while others walked nearby Turkey Creek.

Although Julian Issac’s phone and hat were found in the backyard of a home, there were no other signs of him.

His brother says the Houston tattoo artist is loved by friends as was shown by the many who came to help in the search.

Williiam Issac says twins are supposed to have a sixth sense for times like this. He is hoping for the best, but he is not so sure.

“There’s a gut feeling that says that’s not the case and it could be way worse than what I really hope,” he said.

Julian Issac is 5-foot-8 and weighs about 145 pounds. He has brown eyes and brown hair. If you have seen Issac or know of his whereabouts, please call the Houston Police Missing Person Division at (832) 394-1840.