The driver accused of crashing into a car on Sunday and sending it into a crowd of spectators was in court on Wednesday asking for a lower bond. 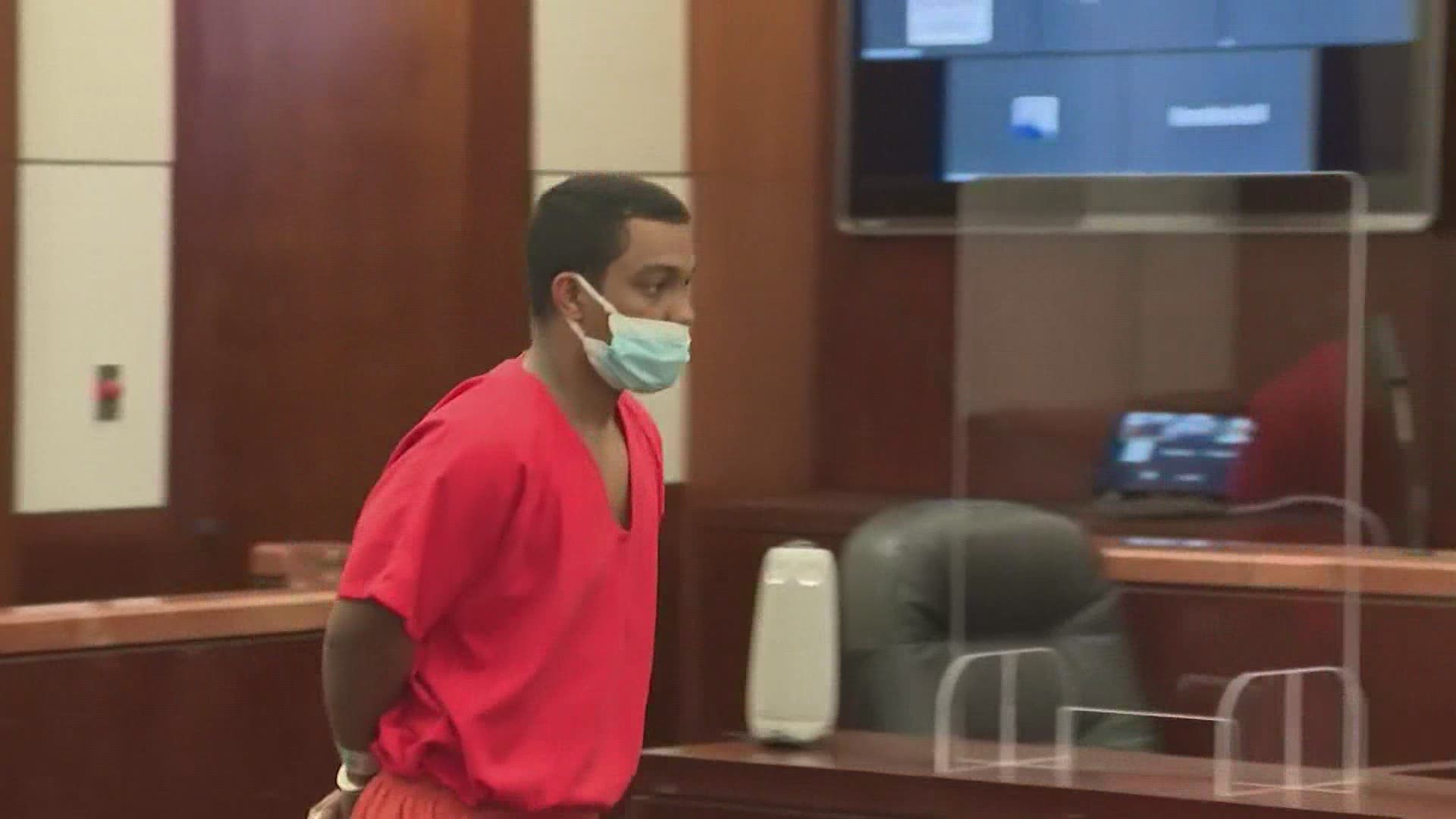 HOUSTON — The driver accused of crashing into a car on Sunday and sending it into a crowd of spectators during a street takeover was in court on Wednesday asking for a lower bond.

He’s charged with two counts of manslaughter and one count of aggravated assault.

However, Sean Teare, chief of Harris County District Attorney’s Office division of vehicular crimes, expects that charge to be upgraded after a third victim later died.

RELATED: Roger Glover was visiting Houston from out of state when he was struck and killed at car meet

RELATED: 'He had a smile that lit up the room': Mother mourns her 2 children killed in crash at car meet

A video of the crash on social media will forever haunt the families of the victims.

“There’s not a retweet, there’s not a viral video that’s worth the devastation of so many families that happened on Sunday night,” Teare said.

Teare said he now wants the video of Mock handcuffed in court to go viral.

“He’s 22 years old,” Teare said. “He didn’t have a criminal history before this. This life is effectively over. We’re going to seek to send this individual to prison for a number of years.”

Mock’s request to lower his bond was denied.

Teare said there’s been an uptick in street takeovers in the last two years and it’s hard to catch drivers in the act.

“They’ve gotten good at moving. They don’t use the same location twice and as you know Harris County is massive in just square miles,” Teare said.

However, because they’re chasing likes online, they’re also getting caught.

“In order for them to get the recognition that they want on social media, they have to post it. And, by posting it they’re giving us the evidence we need to go after them,” Teare said.

Law enforcement is sounding the alarm on what can happen.

Teare said people caught in dangerous car meets face a wide range of charges including misdemeanors like reckless driving and racing to felonies like deadly conduct.

He said event planners could be charged with engaging in organized criminal activity.