John Jackson was last seen in the 5600 block of Almeda Road. 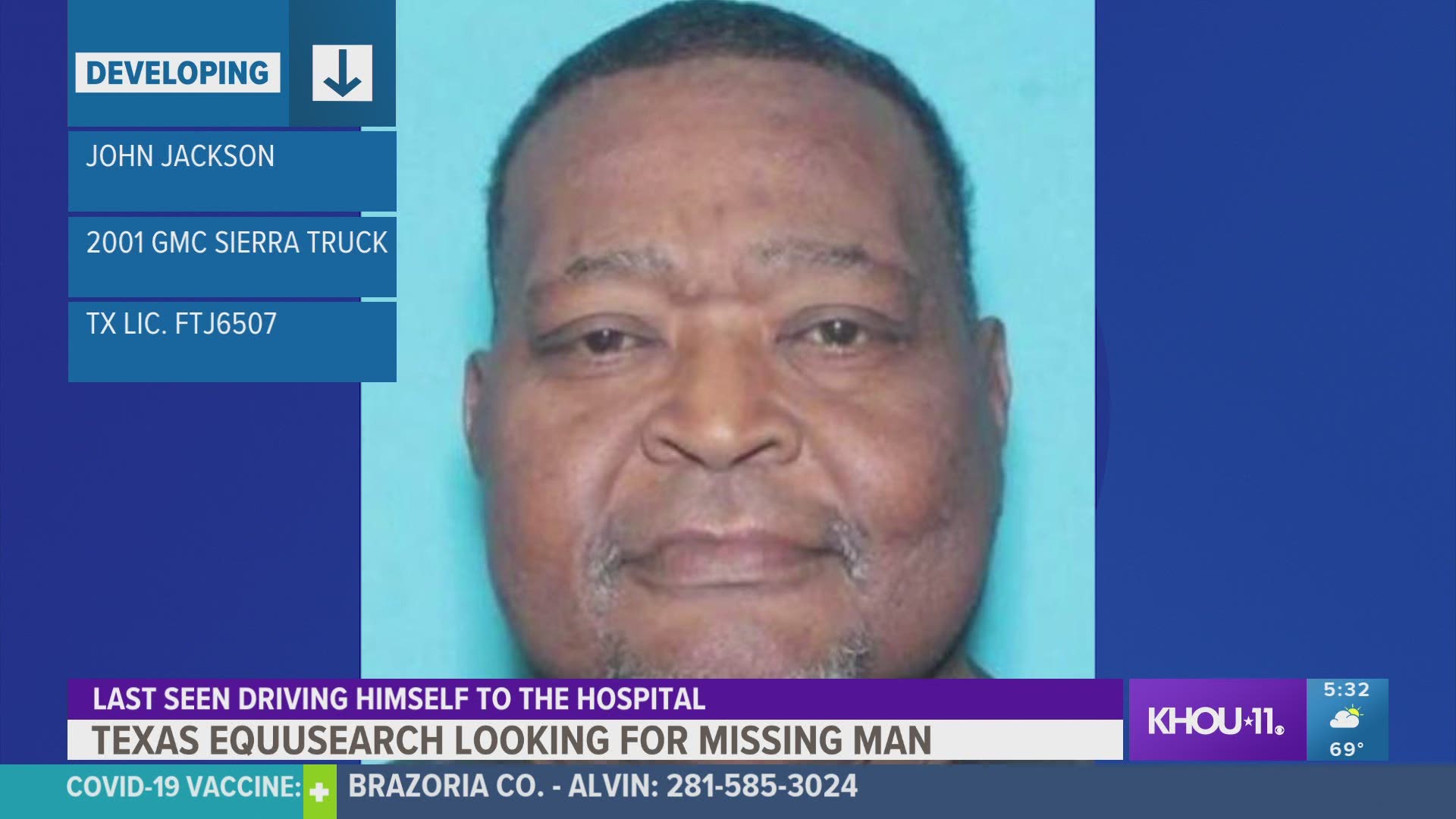 HOUSTON — Houston police and Texas EquuSearch are looking for a missing 56-year-old man who was last seen Friday leaving his dialysis treatment near Hermann Park.

Officials said John Jackson went missing near the 5600 block of Almeda Road after he left his dialysis treatment. He told personnel at the treatment center that he was going to the hospital for medical help because he felt ill but he never arrived at the hospital and hasn't been seen since.

Jackson also has congestive heart failure. According to Texas EquuSearch officials, Jackson may be in some kind of distress and likely needs immediate medical attention.

He is described as being approximately 6 feet tall and weighs about 253 pounds. He has brown eyes, black hair and a gray goatee.