Landry's vehicle was found crashed in Luling in December. His clothing, cellphone and other items were found on scene. 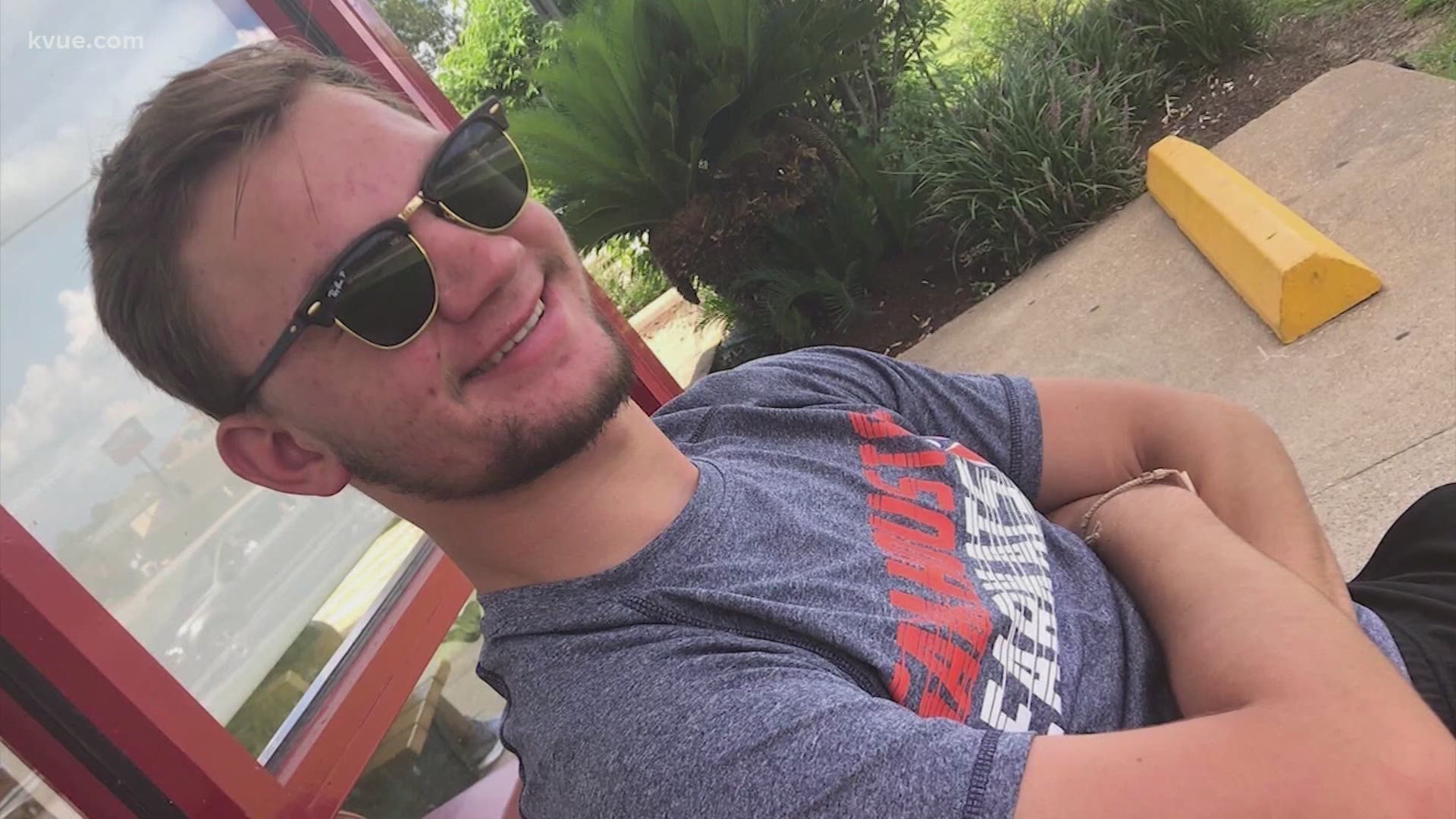 LULING, Texas — More than a month after his disappearance, the Caldwell County Sheriff's Office is revealing information taken from Texas State University student Jason Landry's phone in hopes it can help investigators find him.

Landry's vehicle was located crashed and abandoned on Salt Flat Road in Luling, Texas, after midnight on Dec. 14. The lights were still on, the keys were in the ignition and the front passenger side door was locked.

Now, investigators have gained access to his phone and computer data. Here is what they have discovered:

It's believed he continued straight through this intersection, but his digital footprint stops here. Investigators think he continued on East Austin and onto Sprice Street, which turns into Salt Flat Road. His vehicle was found here on the 2300 block around 12:31 a.m.

1 / 9
Caldwell County Sheriff's Office
What Jason Landry is believed to have looked like before he disappeared.

Officials say the 67-minute window between his last digitally known whereabouts and the crash scene is what investigators are focusing on. They say his cell signal was powered on, but they are trying to determine why the phone doesn't appear to have been used since the area of Magnolia Avenue and Austin Street.

The sheriff's office said the crash only involved his own vehicle, and it was likely caused from overcorrecting on the gravel road and spinning off the roadway. His rear, driver's side corner struck a tree on the east side of the roadway, spinning the front driver's side into another tree and a barbed-wire fence. His rear window was broken from the impact.

A volunteer firefighter who found the vehicle did not enter it, nor did a trooper who also responded to the scene. It was towed to an impound yard, where Landry's father came to view it the following morning. He found Landry's cellphone between the driver's seat and the center console. At this time, it is unknown if it fell there during the crash or prior.

When his father visited the crash site, officials say he discovered articles of Landry's clothing about 900 feet away on the roadway, including a shirt, shorts, socks, underwear, slide sandals and a watch. The clothing was turned over to investigators, who discovered a small blood spot that was not indicative of serious bodily injury. Officials said an injury like this could have been caused by running into the barbed wire or foliage in the area. Investigators also noted that no blood was located in the vehicle.

Investigators say additional items, such as a backpack, a ball cap, a plastic bag containing personal toiletries, and a tumbler with his deceased beta fish inside, were also discovered about 900 feet from the site. These items were found north of where the clothing was found. Landry's backpack contained his wallet, a useable amount of marijuana, a laptop, gaming equipment and a few other personal items.

Officials reiterated that any prior reports that the backpack was "filled" with narcotics are inaccurate. However, the marijuana is still being held as there is a possibility it could have been combined with an unknown hallucinogenic substance, findings of which are pending.

The clothing that was discovered is believed to be what Landry was wearing prior to the collision. Investigators said there is no indication that it was removed under duress or threat. They also noted that, at the time of his disappearance, the temperature could have been anywhere from 36 to 43 degrees.

Landry's father received the backpack back from the DPS and released the phone for the investigation. DPS was leading the search efforts until Dec. 18, when it was taken over by the Caldwell County Sheriff's Office, which has been working with outside agencies and organizations since.

Investigators said, at this time, there is no indication that Landry was traveling to meet with or had communicated intent to meet with anyone around Luling. They say his family has been "extremely" helpful in the investigation and his ex-girlfriend, who lives out of state, has also been assisting. They are not considered persons of interest.

The sheriff's office says it will continue to use all available methods, techniques and resources to obtain information related to this case. Investigators will continue working with Texas Search and Rescue (TEXSAR) and other search organizations to discover evidence.

The weekend of Feb. 26-28, the Caldwell County Sheriff's Office, in partnership with TEXSAR and the Texas Rangers, conducted an additional search of the area where Landry's vehicle was found.

They have reviewed hours of video from cameras around Luling without any luck toward evidentiary finding. Members of the public who have cameras in the area are asked to review footage and provide leads if possible. The sheriff's office can be contacted at 512-398-6777.

Main lanes of U.S. 290 in northeast Austin reopen after 2 die in crash