The new chopper, which is the first of its kind for the Houston Police Department, has the officer's badge number on it. 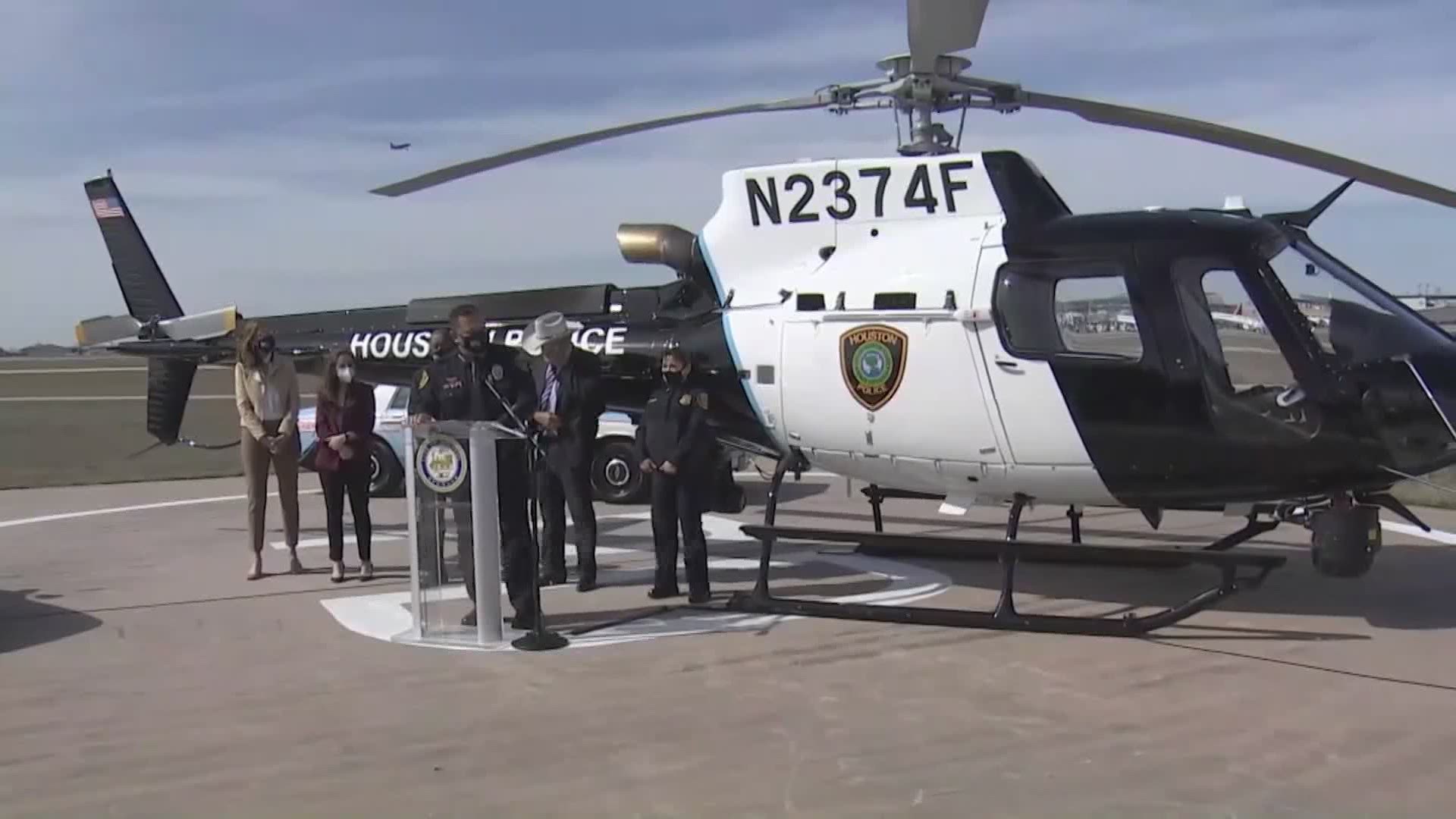 HOUSTON — Officer Jason Knox, the Houston police officer killed in a 2020 helicopter crash, is being remembered with an HPD chopper dedicated in his honor.

The new helicopter – an H125 Airbus – has Officer Knox’s badge number on it as part of the registration number, N2374F.

"It means a lot to me and my family that so many people want to honor my son this way," Councilman Knox said stifling tears. "Thank you."

Jason Knox died while responding to a call May 2, 2020. He is the first air officer in the Houston Police Department to die in the line of duty, his father said. Officer Chase Cormier was also badly injured in the accident and is recovering.

Chief Art Acevedo said the new chopper is the first of its kind at the department. It's a welcomed addition to the fleet and will be helpful in law enforcement, rescues, fire prevention, patrolling and other important police efforts.

"It was a four year effort," Acevedo said. "Our current aircrafts are great patrol assets, but they do not have the multi-mission capabilities."

The son of a former HPD officer, Jason Knox was passionate about protecting the public and upholding the legacy of the police department, Acevedo said.

Knox joined HPD in 2012 as a patrolman before becoming a flight tactical officer in 2019 in the department's air and marine division.

He was known for his lighthearted, adventurous spirit and talent for refurbishing vintage police patrol cars. Knox was a dedicated officer, husband and father.

“He was an officer who loved the policing profession, loved the community, and really loved coming to work every day and making other people smile,” Acevedo said. “He had a can-do attitude and a real spirit for being an ambassador for the department to build bridges and trust with the community.”

More about the H125 Airbus

The helicopter’s standard crew will be one pilot and one Tactical Flight Officer, but the aircraft can also seat four passengers.

It's equipped with a variety of technologically advanced equipment to accomplish its different missions. The cutting-edge equipment includes: