COVID-19 and related issues resulted in a negative number of leases in May, according to new data. 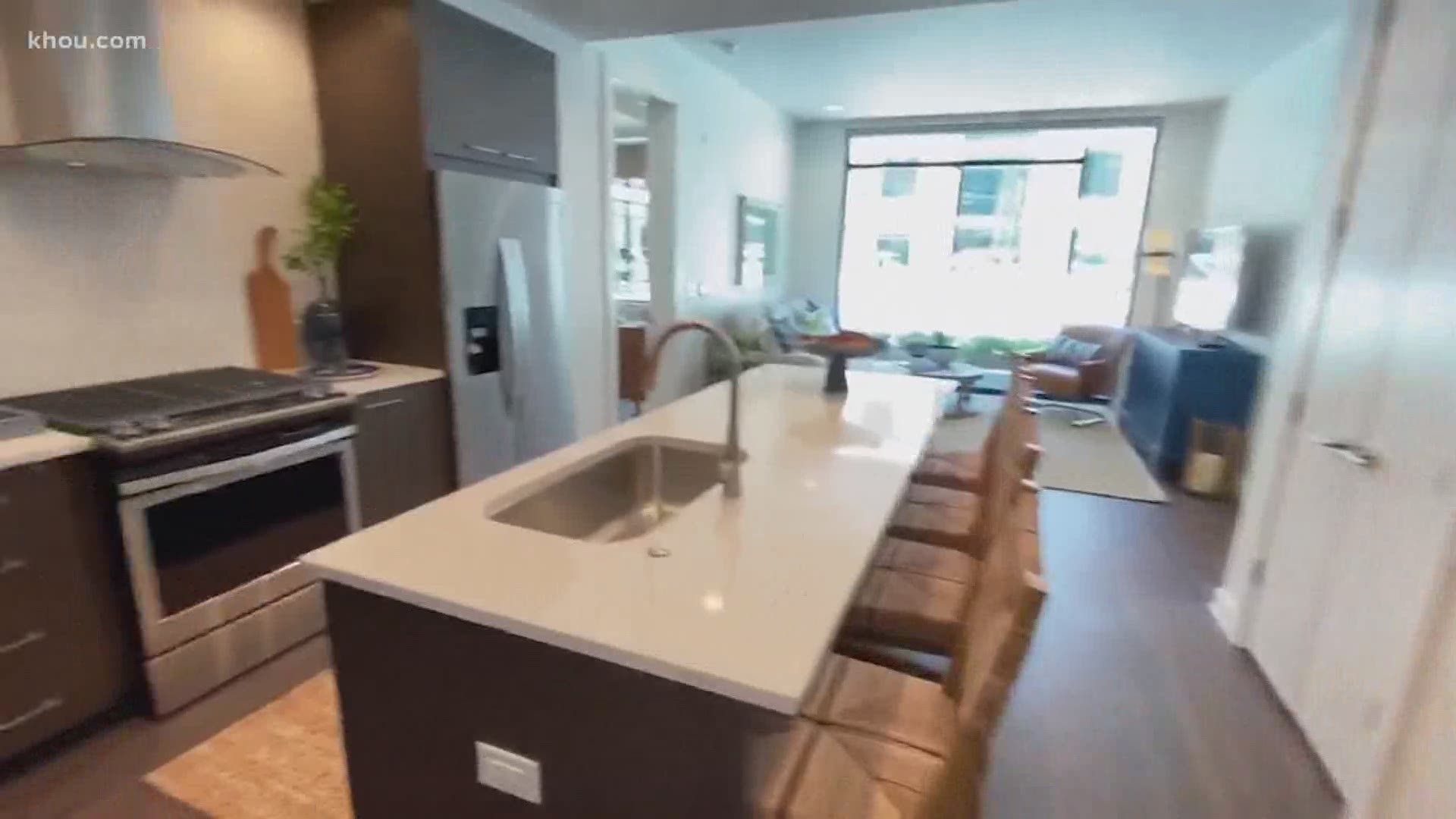 HOUSTON — If you’re shopping for a new place to live, St. Andrie at Buffalo Heights, which is perched atop an H-E-B, is among many complexes currently sweetening deals.

"You can get two months free rent on a two-bedroom apartment," said general manager Veronika Jackson.

She said showings and new leases went way down during the last few months.

"We’re waiving some upfront charges," Jackson said. "We’re also doing some specials for essential workers. All of those things are new due to COVID-19."

According to tracking firm ApartmentData.com, Houston rents went down 1.2 percent in a generally busy time of year. That may not sound like a lot, but it’s the lowest point in a while.

"We’ve got a lot of demand pressure on rents, on occupancy levels,” said Houston Apartment Association board president-elect John Boriack.

Negative 200 were leased this May, according to the new data.

That means, for the first time in over a decade, more people left apartments than signed new leases.

"We’ve got a lot of people who are out of work or had their hours reduced and are slowly coming back into work," Boriack said. "But, until that happens, it’s going to impact everybody, including apartment owners and apartment managers.”

Inner loop communities have seen the biggest decrease in demand while suburbs are faring better.

"It's kind of a perfect storm," Boriack said.

He cited COVID-19, the resulting energy industry downturn and rental assistance running out for many people.

Something else having an impact are evictions ramping back up. Although there is an effort to extend a moratorium, at least locally, until late August.

RELATED: Do you qualify? How to apply for COVID-19 relief in Fort Bend County