It’s a policy the owner of Eagle's Nest Barber Shop said kids have to follow or face the consequences. 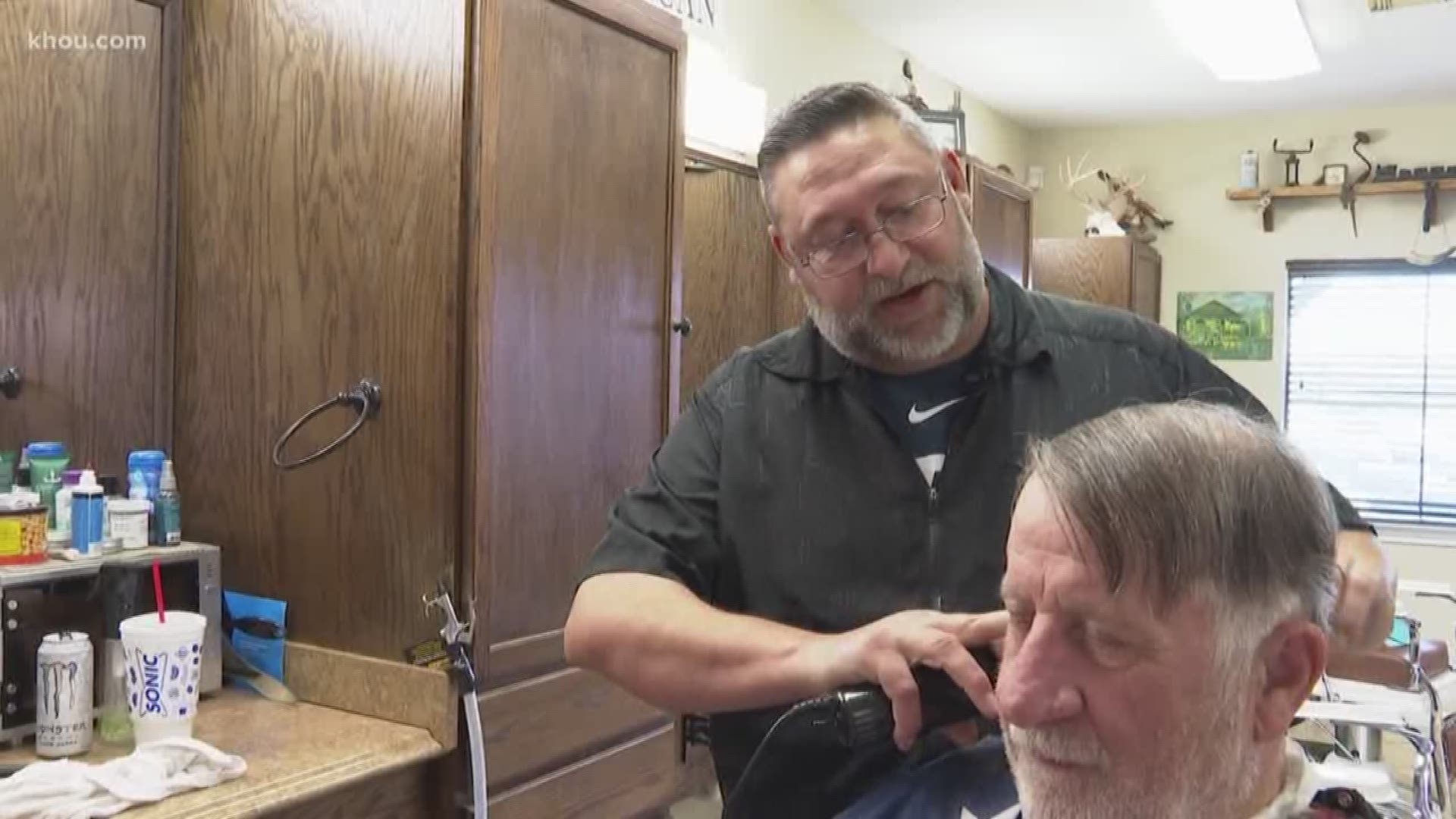 MONT BELVIEU, Texas — A Mont Belvieu teen won’t be able to walk at his graduation unless he shortens his dreadlocks.

DeAndre Arnold has been suspended for not following Barbers Hills ISD’s grooming codes.

The district has rules for male students on the length of their hair.

It’s a policy a Schane Niemann said kids have to follow or face the consequences. Niemann is the a barber and owner of Eagle’s Nest Barber Shop. His barbershop has been open directly across the street from the high school for nine years.

“It’s known for its academics, its sports, and its dress code," Niemann said. "Everybody knows when you come here, you going to have to go by a dress code at Barbers Hill.”

He’s had plenty of boys come in and sit in his chair.

“Every day we have kids coming in saying that the school makes them come over to get their haircut because they’re not in compliance,” Niemann said.

Under BHISD’s 2019-2020 dress and grooming code for 6th to 12th grade students in the student handbook, the district policy states:

DeAndre’s family said he’s been wearing his hair in locs since the 7th grade and they’re pleading for an exception.

On social media, some people agree with DeAndre’s family and said the district needs to update their policy.

“It’s by far not a race issue, by far. Like I said, there’s a lot of kids who come here that don’t agree with it but they knew that is the policy. You've got to follow policy," Niemann said.

DeAndre’s family is considering legal action in the matter saying the rule is racially insensitive.

RELATED: Barbershop shooting: Suspected shooter identified, asked to come forward to tell his side of story