'It's butterflies, it's anticipation, and it's fear': Parent describes both sides of military deployment

David Marcoux understands what 3,000 servicemen and women and their families are going through with the latest call for deployment to the Middle East. 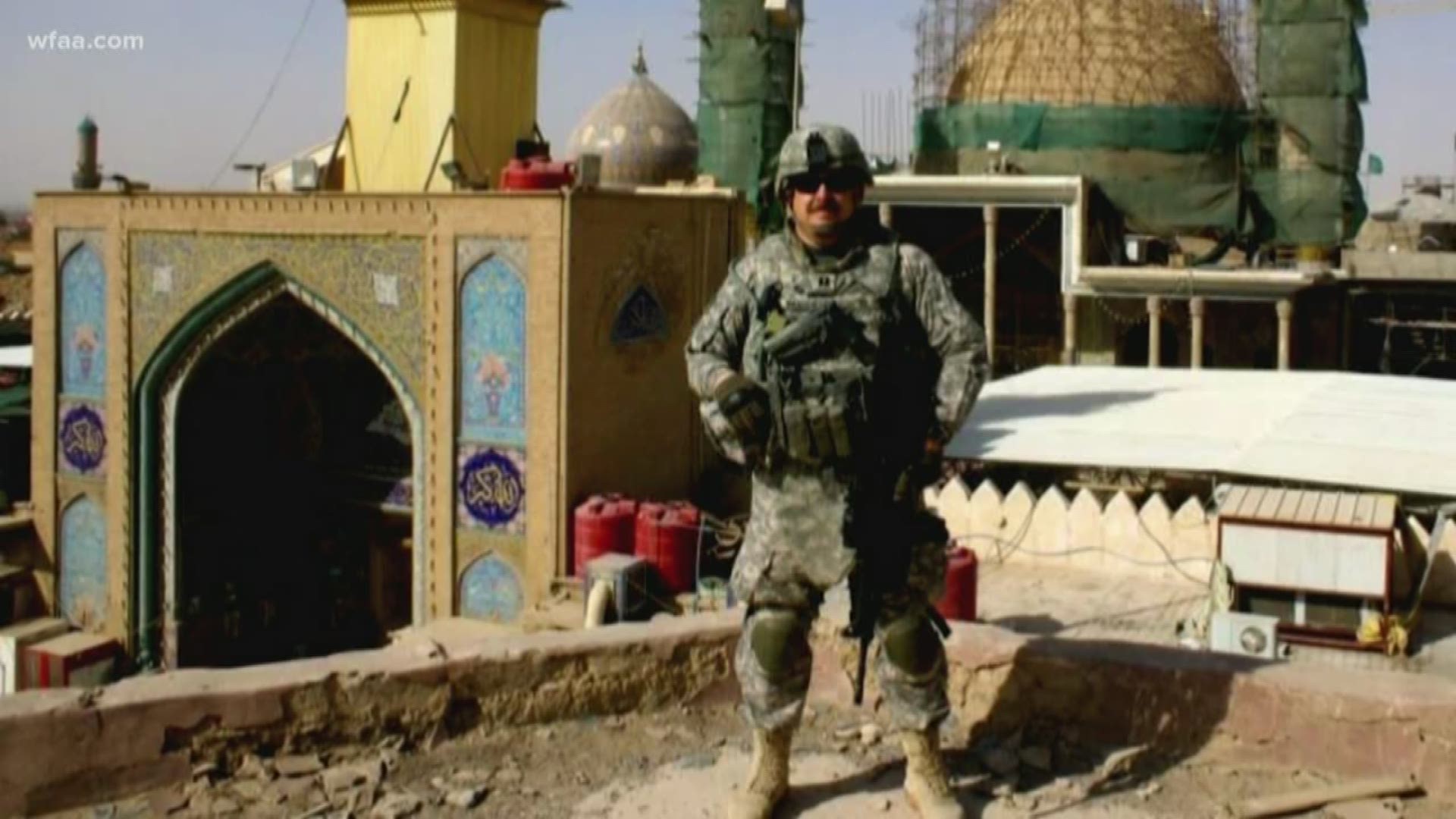 FORT WORTH, Texas — David Marcoux of Louisiana has four generations of family who served in the military. He's certainly been on both ends of that overseas phone call.

One, where he's updating his parents on his deployment and, two, as a parent talking with his son during his stint in the military.

"Your worst fears are that it isn't him...that somebody else is calling you," he said.

Marcoux served four tours in the Army over two decades. He even returned 16 years later with a medical degree to open up a medical clinic overseas as part of that deployment.

Marcoux tells WFAA between all the deployments and the moving from base to base, you learn to become detached from certain things.

He understands what 3,000 servicemen and women and their families are going through now that they've been called to deploy to the Middle East.

"It's butterflies, it's anticipation, it's fear," Marcoux said.

RELATED: President Trump: Killing of Iranian general was meant 'to stop a war'

Teresa Nelson is the creator of Support Our Soldiers. This nonprofit based out of Fort Worth physically, socially, and mentally helps soldiers and their families. Nelson told WFAA it started with small care packages being sent overseas.

Now, Nelson spends hours every week talking with servicemen and women about their experiences and struggles. Nelson also talks with family members coping with the deployment of their loved ones.

"It is not a political statement. It is a matter of men and women who are willing to do what only 1% of our population is willing to do. They are heroes to us whether they set foot in a war zone or not," said Nelson.

On Friday at Texas Live, two veterans were inducted to the Wall of Heroes in Arlington at PBR. The two veterans, including Marcoux, were nominated by Support Our Soldiers.

Marcoux tells WFAA that the public needs to understand that these soldiers have been preparing for this moment for a long time.

"We want them to be safe. But the business of war is war. They've been training for that."

But it's a common understanding that even that training may not help entirely with the anxieties and fear at home.