'It's bad': Three dead, others injured in fiery multi-vehicle crash on I-35W in Denton

Police shut down northbound lanes of I-35W as firefighters worked the scene after the 18-wheeler caught fire. 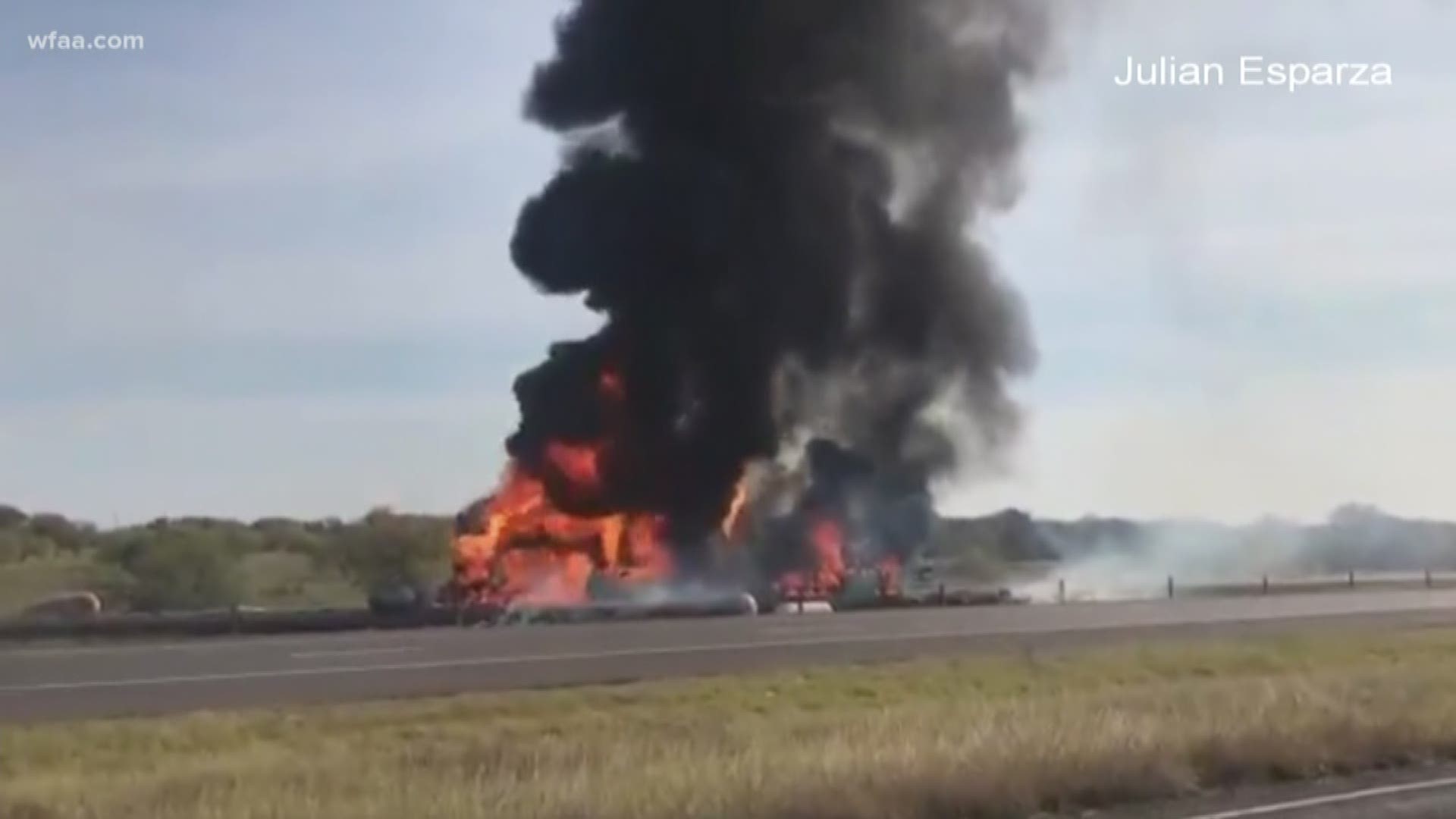 Update 5:31 p.m. Monday with the names of the victims.

A multi-vehicle crash involving an 18-wheeler led to three deaths and multiple injuries Friday on Interstate 35W in Denton.

Police shut down northbound lanes of I-35W as firefighters worked the scene after the 18-wheeler caught fire.

"It's bad," said David Boots, a spokesman with the Denton Fire/Rescue Department.

While authorities were initially unsure of the condition of the driver of the 18-wheeler, a man on the service road identified himself as the driver, he said.

Lanes of northbound I-35W remained closed throughout the night while investigators were at the scene of the crash. The interstate reopened Saturday morning.