An EPA representative told the town hall crowd that the members of the agency pulled 144,000 barrels of contaminates from the Houston Ship Channel. 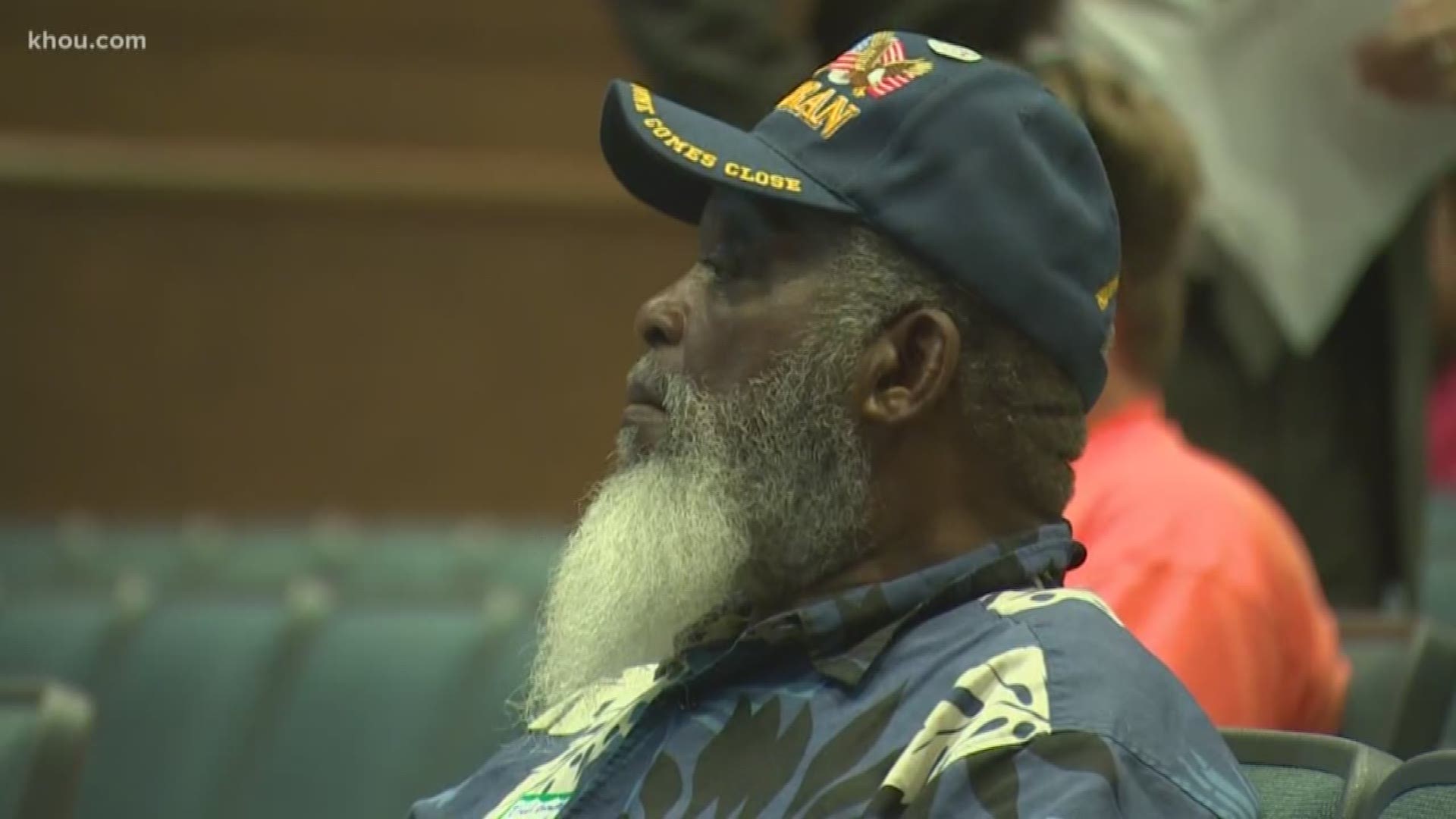 Some homeowners left upset by what authorities did not say.

Between an hour-long line of homeowners, veterans and people recording every hard-hitting question on cellphones, Angela Hamilton, her husband and 17-year-old daughter worried.

“What is going to happen to us,” Hamilton said.

They live near the ITC tank farm that burned last month. Hamilton fears smoke they breathed for weeks made them sick.

Hamilton, who survived aneurysm surgery last September and a stroke the day after Christmas, claims she regained good health until the fire.

Now, there is a growth on her stomach and the mom whose son, Johnathan, has been  missing for four years is scared pollution will take away everything she has left.

“We’re one of the most monitored areas in the country but this happened,” she said.  “We just can’t let it happen again.”

An EPA representative told the town hall crowd that the members of the agency pulled 144,000 barrels of contaminates from the Houston Ship Channel.

However, elevated levels of benzene remain along the road near ITC’s tank farm.

While Congresswoman Garcia wants punishment for those responsible, Hamilton and others who spoke just want to know their water, air and families are safe.  Some walked out with doubts.