Officials encourage Deer Park residents who use wells north of 225 to have their water tested. 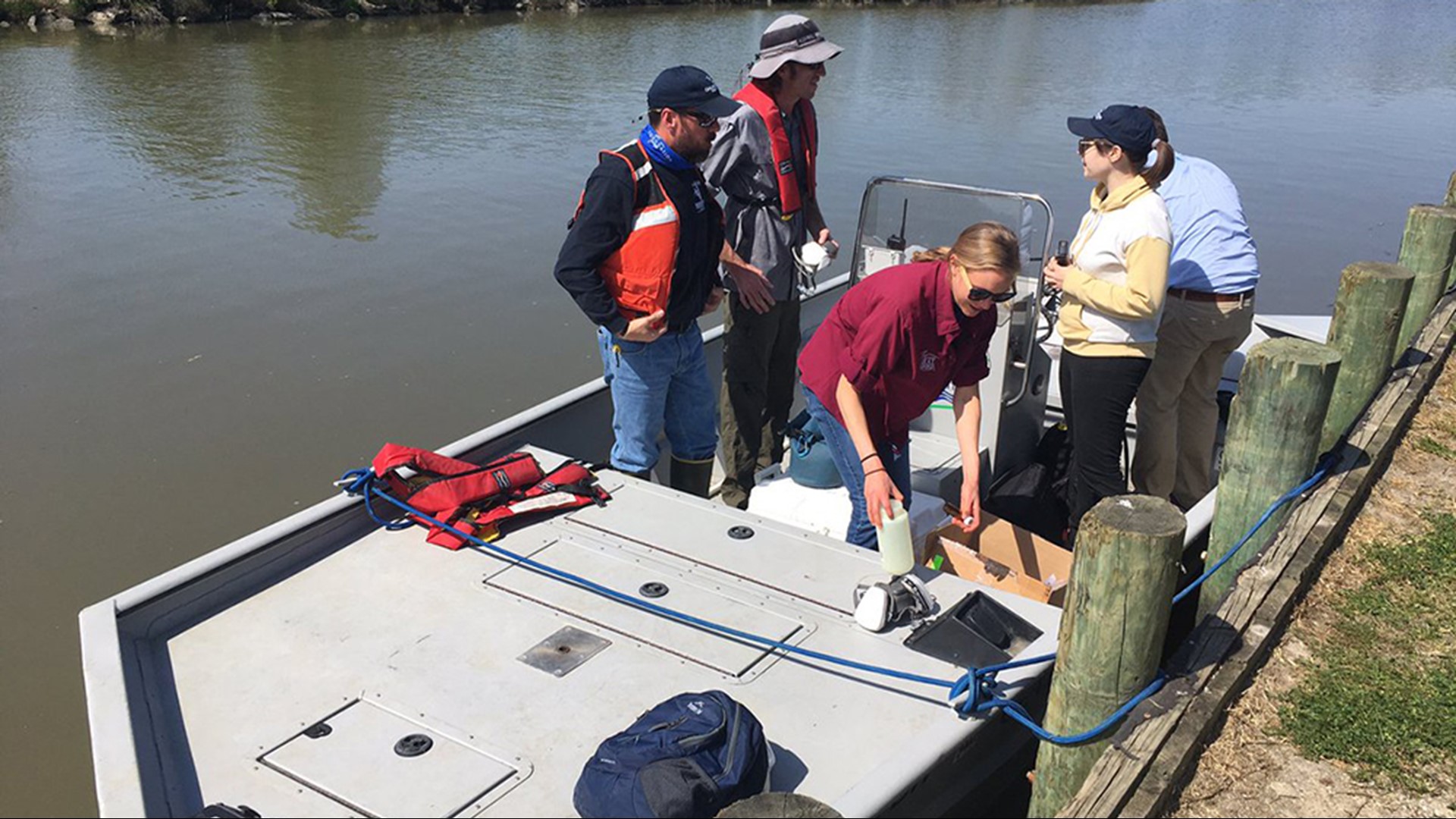 HOUSTON — The Environmental Defense Fund and Texas A&M University researchers said they will collect water samples from Galveston Bay to measure what pollutants might be flowing from the shipping channel near the ITC fire, according to the Associated Press.

The samples will be collected Friday and will be tested for such chemicals as benzene and toluene.

Elena Craft, a senior health scientist at the Environmental Defense Fund, said the researchers will get real-time results for most pollutants. She said samples will also be collected to test for perfluoroalkyl and polyfluoroalkyl compounds, or PFAS, which are found in foam firefighters were using Thursday to prevent flare-ups at ITC in Deer Park.

Those test results would not be available for a few weeks, the Associated Press reported.

In a statement Thursday, the City of Deer Park said the runoff foam and chemicals from the fire are not a risk to the city’s drinking water quality. City officials said the city’s water supply is stored in a reservoir northeast of the Lynchburg Ferry and travels through a closed-pipe system.

Laboratory tests revealed no evidence of benzene, according to officials.

Officials said the area north of Highway 225 drains toward the Houston Ship Channel, which they said is not used by any Houston-area public water system for drinking water, but they encouraged Deer Park residents who use those wells north of 225 to have their water tested before usage.

“Teams are looking out for and working to contain any chemicals that may be coming from the site, which include the industrial chemicals stored there and firefighting foam used to fight the fire and suppress vapors,” officials said in a statement.

TCEQ began sampling water Tuesday from Tucker Bayou to the Houston Ship Channel and at drainage outfalls near the facility.

“Collected samples were first submitted by TCEQ’s contractor to a certified water laboratory early Wednesday; however, results for certain compounds can take 24 hours while others can take as long as 72 hours, to be processed and finalized,” the statement reads.