Crews continue to work around the clock to remove product in damaged tanks and water. 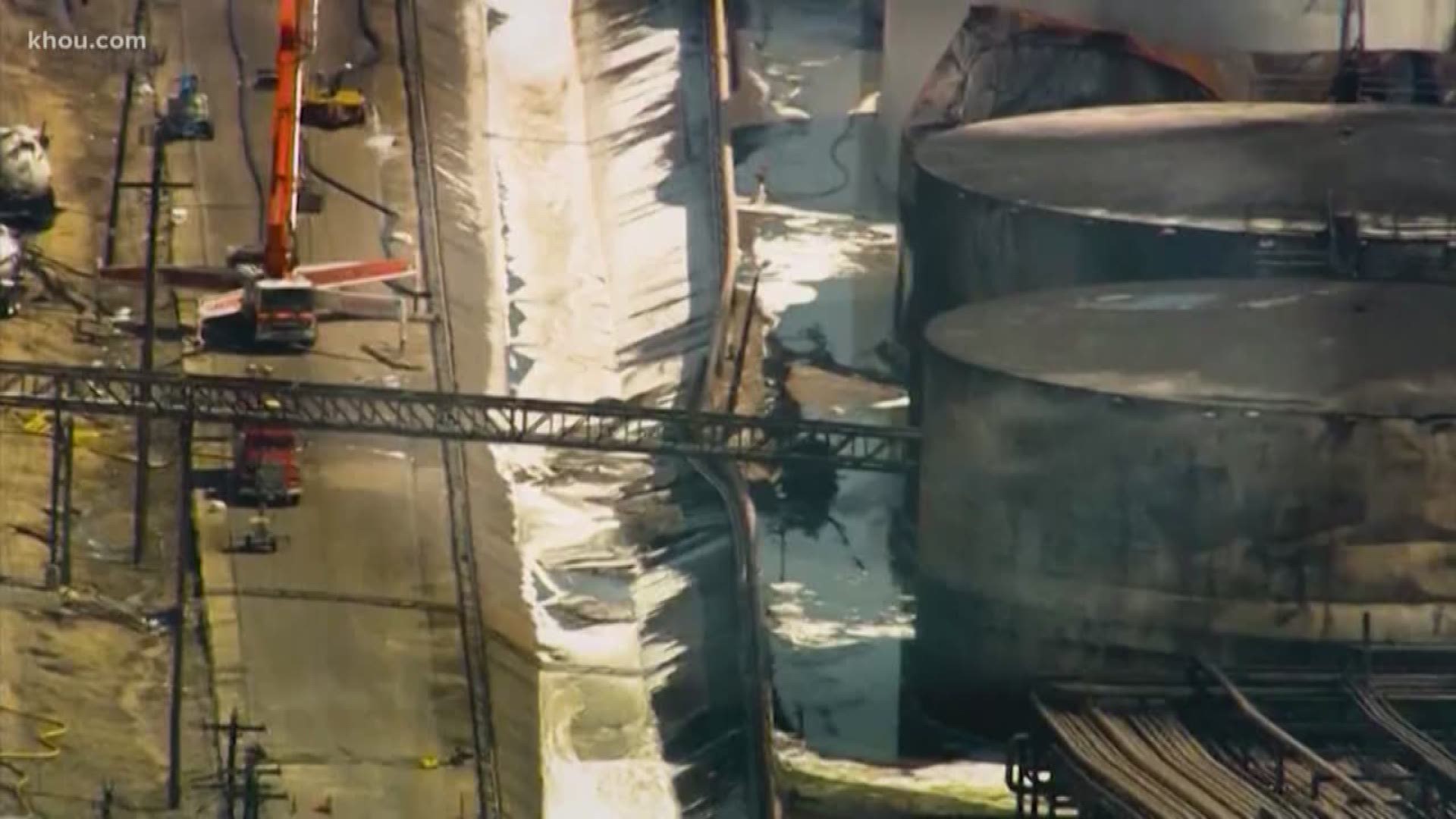 DEER PARK, Texas — Officials at Intercontinental Terminals Company said significant progress was made overnight in the effort to remove chemicals from damaged tanks.

“The tank includes both a fixed roof and a floating roof inside the tank, and we were able to remove all of the product above the floating roof,” ITC Incident Commander Brent Weber said during a press conference Sunday morning. “Over the next 24 hours, our focus will be to methodically remove all of the product within the tank farm, get the tank farm clean and reduce the impact to the community.”

ITC also confirmed that vacuuming operations continue at the ditch next to the tank farm where chemicals were released Friday due to a breach in a secondary containment wall.

Operations will continue until all the product is removed.

Lt. Commander Jared Toczko with the U.S. Coast Guard spoke at the media briefing and said the impact from the materials released into the water spanned an area of approximately two miles, but the bulf of the product has been successfully contained with the Tucker Bayou area.

“Yesterday we were utilizing 8,500 feet of boom to contain the product – we have now tripled that 27,000 feet,” Toczko said. “Where we needed to double and triple boom, we have done that.

Toczko said they are looking at options for potentially reopening portions of the Houston Ship Channel that would not negatively impact cleanup efforts.

EPA representative Adam Adams said progress has been “extremely good” on the water side, and efforts have ramped up quickly over the last 12 hours.

Mayor Mouton said his priority continues to be the residents of Deer Park and he is extremely happy with the progress that has been made in the last 24 hours.

A new checkpoint has been established along Independence Parkway, keeping the public and reporters further from the sure then ever before.

There are no more shelter-in-place advisories as of Sunday.

Officials sound very hopeful, but when this will end is a question nobody can answer.