The Ship Channel will continue to operate during daylight hours with restrictions. On Wednesday, 35 percent of normal traffic was able to get through. 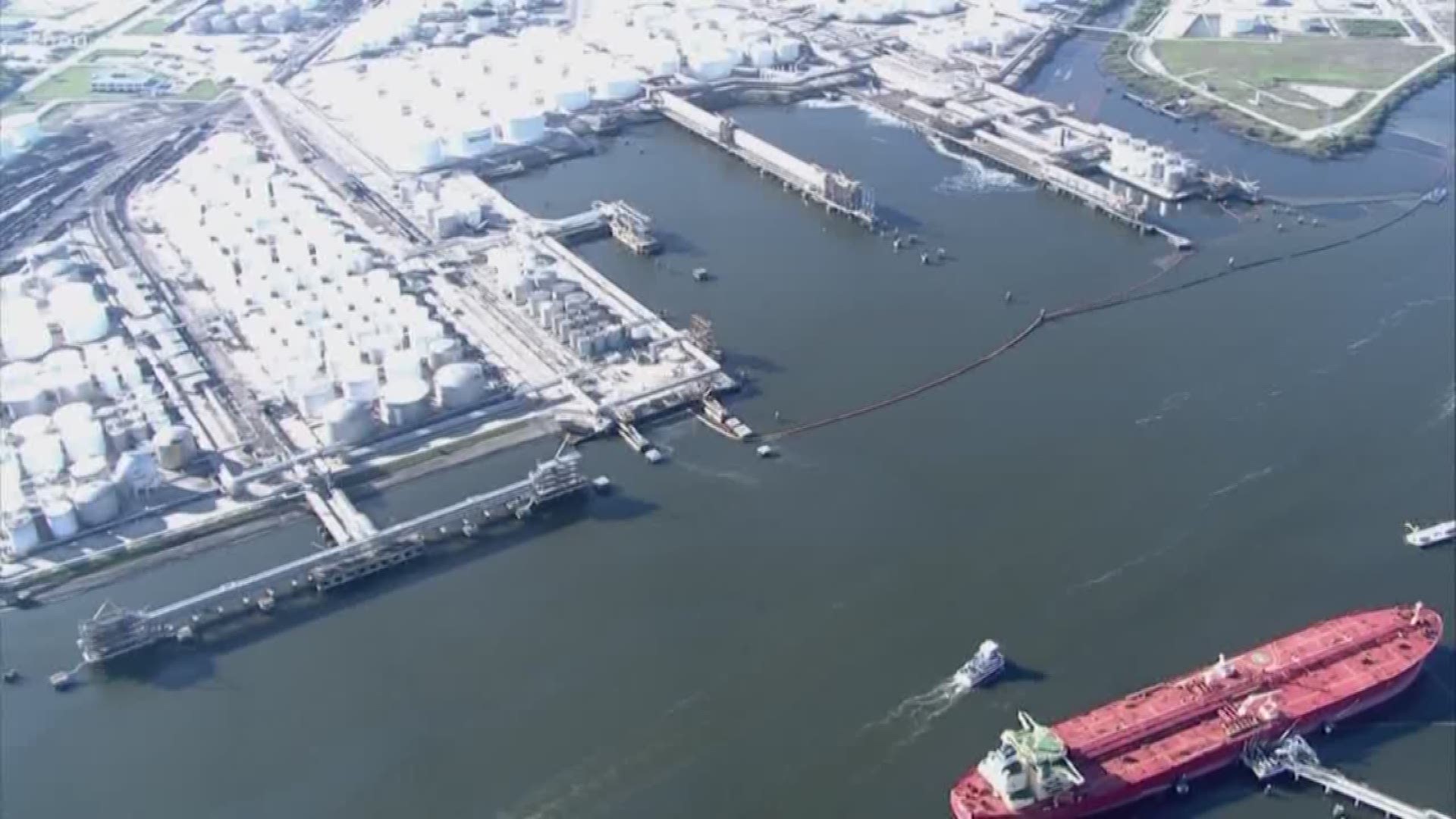 DEER PARK, Texas — It's been 12 days since the ITC fire started and the company's Incident Command Chief is defending their CEO.

In a press conference held Thursday morning, the EPA stressed they are being vigilant with air and water monitoring. They said right now they haven't received any cause for concern from the samples they've collected.

During the press conference, the Coast Guard noted they're making progress with the Houston Ship Channel.

It will continue to operate during daylight hours with restrictions. On Wednesday, 35 percent of normal traffic was able to get through.

The Coast Guard says there are 141 vessels anchored, 55 waiting to go through the ship channel, and 19 waiting to get out.

The Coast Guard says they've implemented additional inspection teams to make sure these vessels aren't picking up any of those hazardous chemicals.

They say they still can't put a timeline on when the Ship Channel will reopen completely, but they expect even more ships to pass through on Thursday.

As for clean up efforts, the EPA says they've recovered nearly 12,000 barrels of oil chemicals from the water.

The focus continues to be on Tucker Bayou and also Carpenters Bayou and Old River.

ITC says they're focused on finishing the transfer of the tank they started yesterday and recovering products from two others.

The products left are gasoline, blendstock, and base oil. Wednesday night, the company's CEO posted a statement on YouTube.

During the press conference, ITC's Incident Commander defended him.

ITC said it hasn't made headway in determining what caused the massive chemical fire - largely because they are still unable to get to the tank where it ignited.

Company representatives say they are working to preserve the area for the federal investigation. And while lawsuits continue to pile on - ITC says the number of claims they've received are growing as well.