ITC said 14 fish and one turtle have been found dead near the fire site. They say no birds are known to have died in relation to the fire 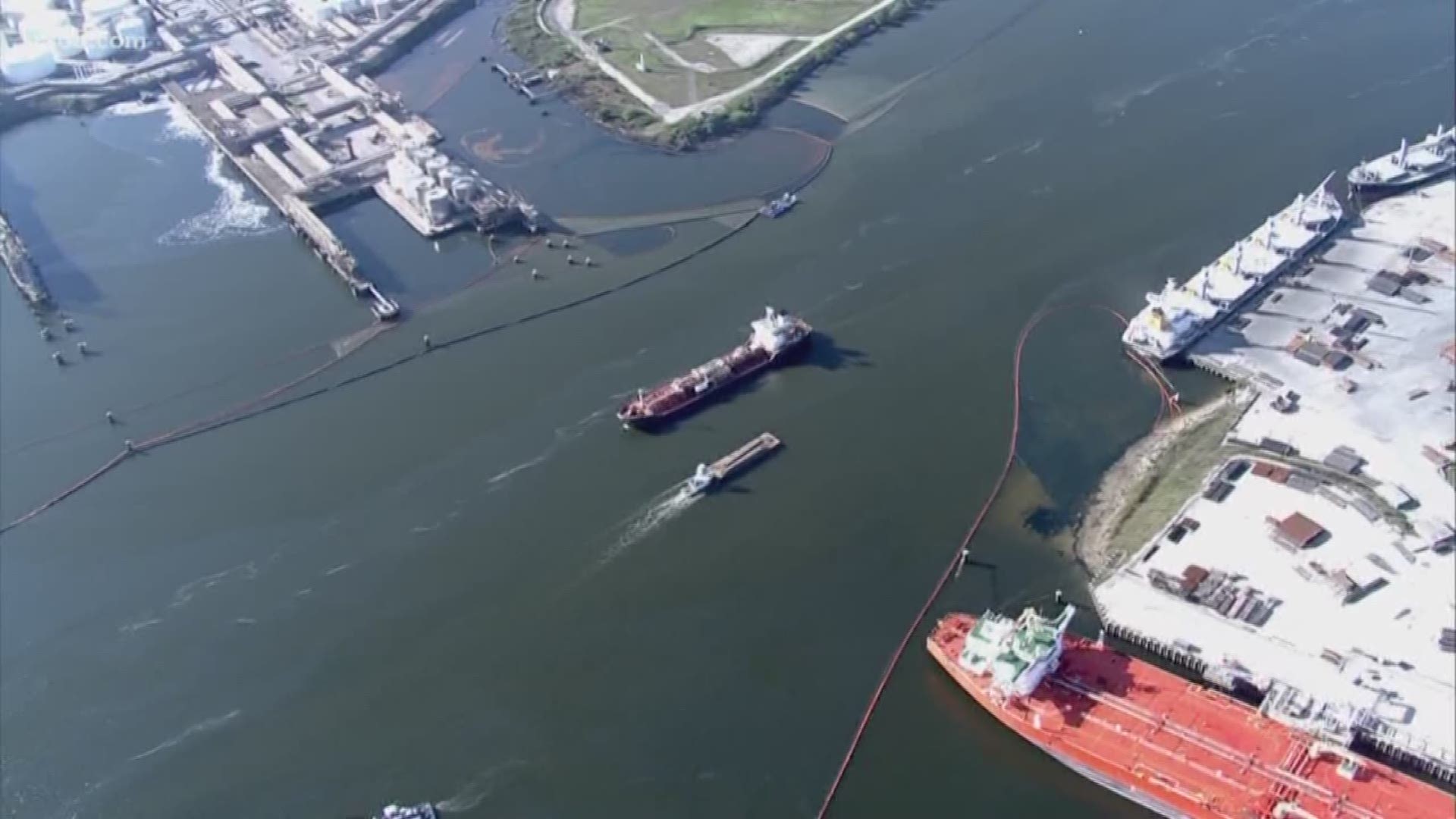 HOUSTON — There are more signs of progress 10 days after the massive ITC Deer Park fire that affected a widespread area from Harris County to Waller County.

ITC said Wednesday the last of the ITC tanks containing pygas is secured.

They said that will allow firefighters to enter the tank farm and be more aggressive with the remediation effort.

The Houston Ship Channel has reopened with some restrictions more than a week after being being partially shut down because of runoff from the ITC fire.

The Channel will remain closed to ship traffic at night. Ships and boats are being directed to go through slowly and their entry will be prioritized.

Test results from last week also showed the presence of benzene in the water. By Monday, all sample levels were back down to less than one part per billion, according to Galveston Bay Foundation.

The Coast Guard said 10 deep draft vessels and 96 tug and tow vessels were allowed to go through the channel Tuesday and only one passed through with an oily substance that required cleaning.

So far, 33,000 barrels of oily water have been recovered from the water.

ITC said 14 fish and one turtle have been found dead near the fire site. They say no birds are known to have died in relation to the fire.

An EPA expert said no one should be fishing from the Ship Channel for the time being.

According to a logistics and transportation expert at the University of Houston, the impact of closing a portion of the Ship Channel for just a few days could cost a billion dollars.

Professor Maria Burns told the Houston Chronicle about $500 million is from the cost of delayed shipments and lost supply chain materials for companies.

Another $500 million is from indirect expenses from the impact of rerouted and cancelled shipments.