ITC officials release number of animals that died after fire

According to the latest report, 48 animals were dead on arrival, including 21 fish, 15 birds, 6 opossums and 5 turtles. 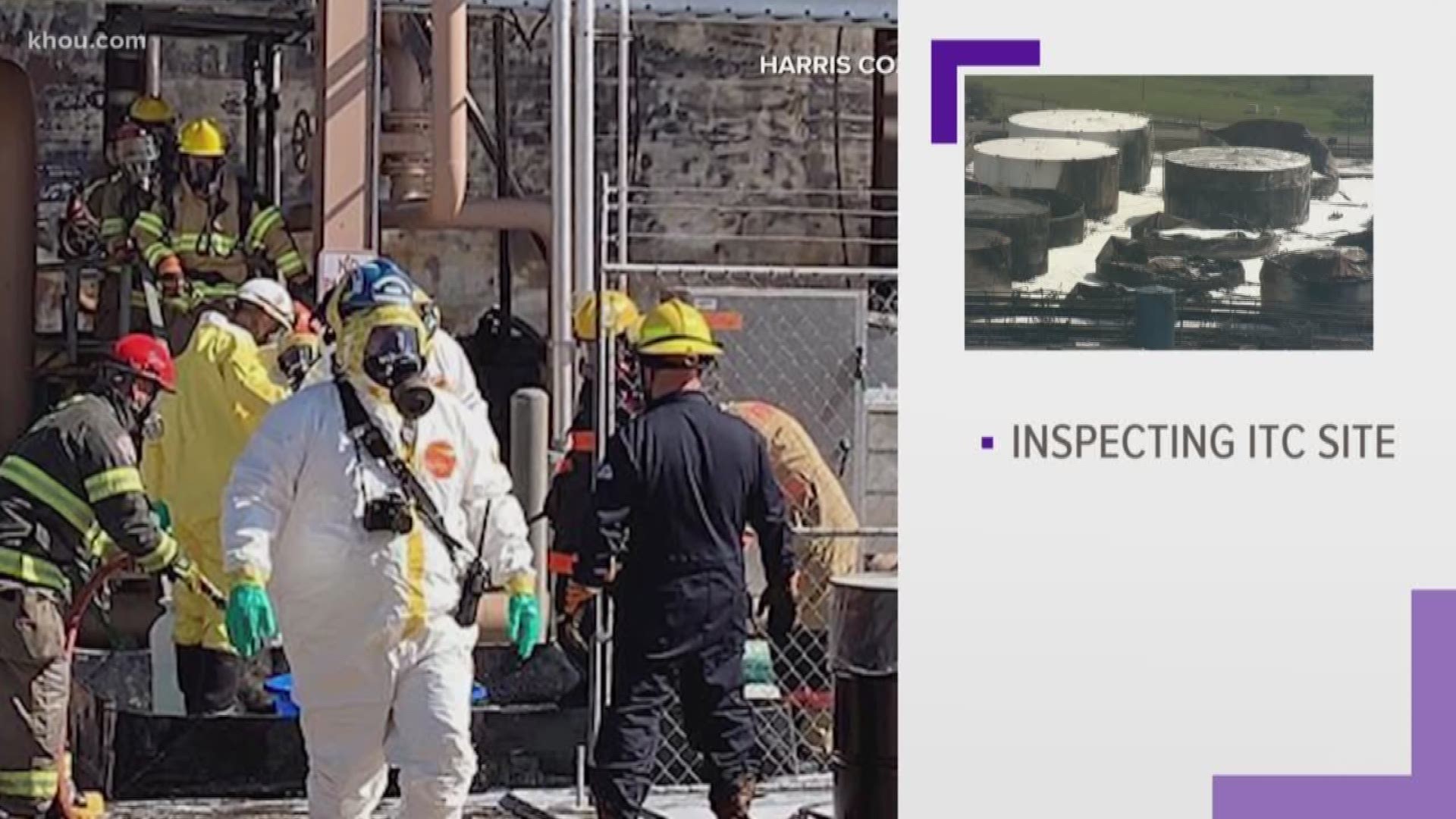 DEER PARK, Texas — Investigators with the Harris County Fire Marshal’s Office were able to enter the ITC site in Deer Park on Wednesday for the first time since the large chemical fire there last month.

Officials continue taking samples from waterways and said most of the waterways are cleaner than they were last week.

ITC officials said wildlife were impacted by the fire. According to their latest report, 48 animals were dead on arrival, including 21 fish, 15 birds, 6 opossums and 5 turtles. Twenty-five animals were taken to rehabilitation.

None of the wildlife affected are endangered species, according to investigators.

Company demonstrates system that puts out tank fire in seconds