Texas Commission on Environmental Quality tweeted Friday it is monitoring the flare up and said it is "exploring every legal avenue to hold the company accountable." 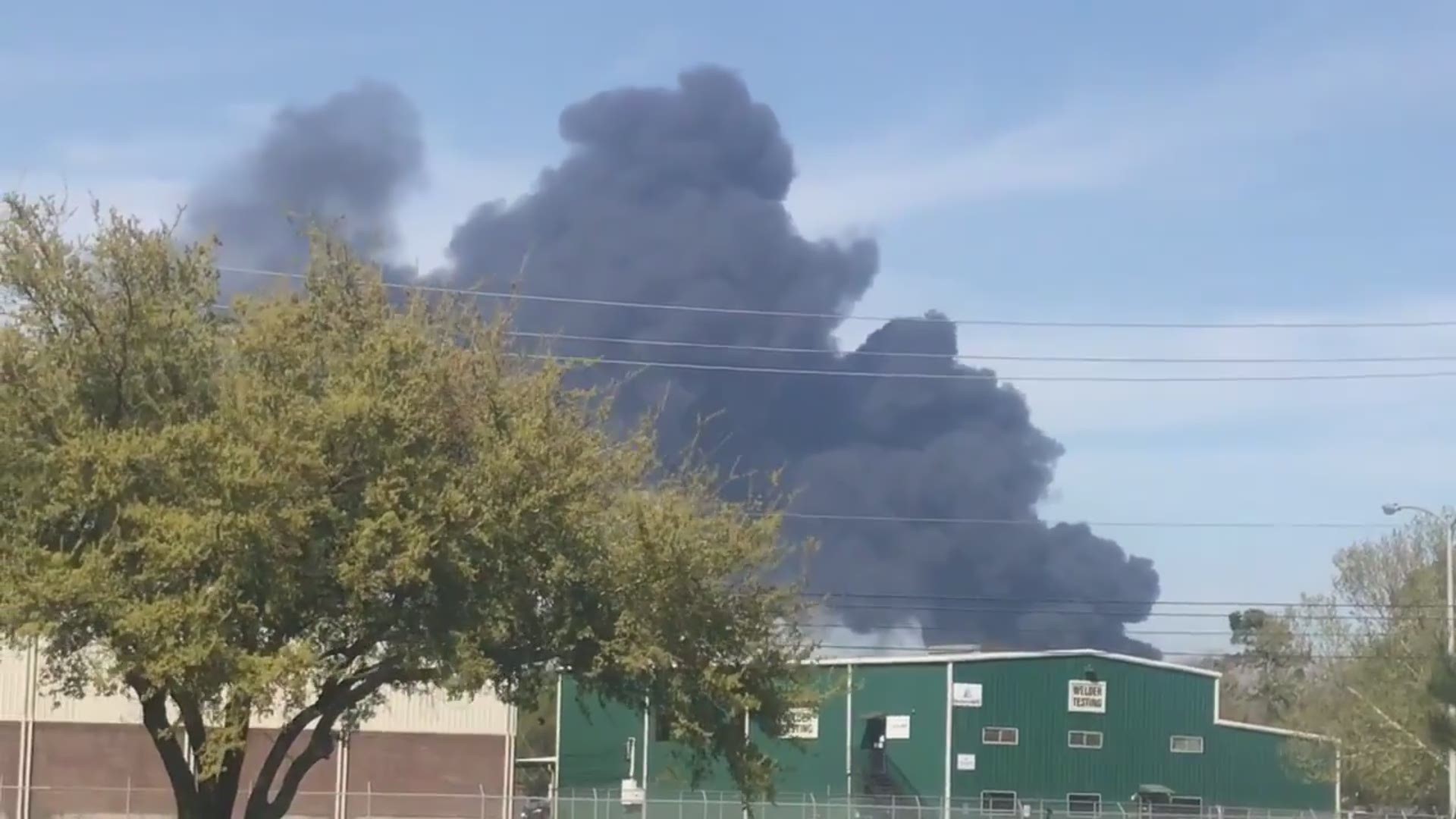 DEER PARK, Texas — Multiple tanks were on fire at an ITC facility in Deer Park, the same site where a massive chemical fire started Sunday and was extinguished Wednesday.

Air 11 was over the scene where thick, black smoke could be seen pouring out of several tanks. The flare up was finally contained Friday evening.

ITC released a statement Friday afternoon, saying, "Tanks in the west side of the containment area have re-ignited. This is a developing incident. We will provide additional information as soon as it becomes available."

Texas Commission on Environmental Quality tweeted Friday it is monitoring the flare up and said it is "exploring every legal avenue to hold the company accountable."

Friday evening, the Texas Attorney General today filed a petition against ITC for violations of the Texas Clean Air Act.

“Due to the dynamic, ongoing investigation of this incident, only air quality violations have been cited in the State of Texas lawsuit against ITC, LLC," TCEQ Executive Director Toby Baker said in a statement. "Any additional violations, including surface water quality, will be referred to the Office of Attorney General for civil enforcement as part of this action.”

Harris County Pct. 8 shut down the Beltway 8 East Toll Bridge as a result of the fire's reignition but reopened it around 4:45 p.m. Friday.

Several local officials responded to the flare up, including Galena Park Mayor Esmeralda Moya, who tweeted, "We are aware of the re-ignition of The Fire at ITC in Deer Park. We are monitoring the situation and will keep you informed. We are testing the air quality in Galena Park."

Galveston County Judge Mark Henry also released a statement on the reignition of the fire, saying, "New fires just reignited again and the Galveston County Office of Emergency Management continues to monitor the situation. As of right now, the weather forecast is showing that winds are pushing everything north and will continue to do so through the weekend. Any smoke and any particulates from the fire are being pushed north and away from Galveston County."

One tank flared up Wednesday evening, but crews had the fire out within minutes.

Earlier Friday, a shelter-in-place was issued near the ITC plant after a dike wall containing chemicals from the fire partially collapsed.