Houston Ship Channel remains closed due to the ITC incident

The U.S. Coast Guard says there were some coordinated movements through the waters near ITC. Six ships and 66 towing vessels passed through. 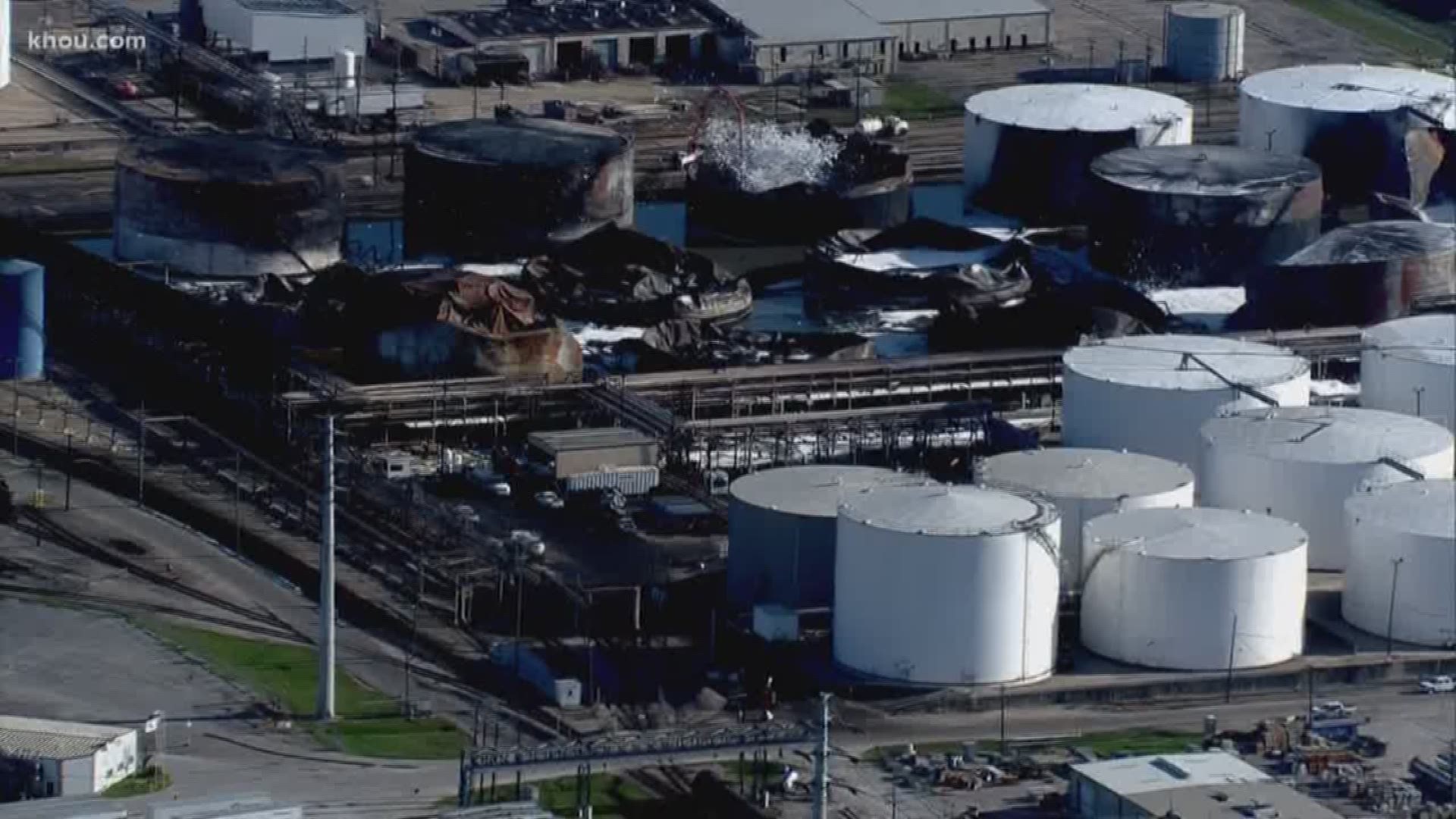 DEER PARK, Texas — A spokesman for the Environmental Protection Agency says the situation at Intercontinental Terminals Co. is growing more and more stable, day by day.

Spokesman Adam Adams says there has not been a reduction in the response effort since March 17.

He added there are still pockets of oily water in Tucker Bayou near ITC, and smaller pockets in Buffalo Bayou and the Houston Ship Channel.

So far, 33,000 barrels of oily water have been recovered from these waters.

Adams says the EPA, the Texas Commission on Environment Quality (TCEQ), Harris County and local governments continue to monitor the air around ITC and nothing warrants a concern.

However, USCG says there were some coordinated movements through the waters near ITC. Six ships and 66 towing vessels passed through.

The Coast Guard spokesperson says vessel traffic is being allowed during daylight hours only on the nearby San Jacinto River.

The ITC Incident Commander says the objectives for Tuesday are to continue removing chemical product from the remaining ITC tanks, and to continue the remediation effort in the ditches and roadways around ITC.

TCEQ says it is doing water sampling at 17 sites ranging from where the fire started all the way south the Crystal Beach.

The ITC Incident Commander says ITC has received 2,000 calls to its claims hotline. He also says 300 written claims have been submitted. He added that the company, through its insurance and its current financial resources, "...will prevail through this."

The ITC CEO is heavily involved in providing whatever is needed for this cleanup process, he said.

When asked whether ITC had the money to fit the bill for this incident and its consequences, the Incident Commander said, “with insurance and [its] financial resources, ITC will prevail through this.”

On Tuesday morning, the Harris County Commissioners Court voted unanimously in favor of allowing the county attorney to pursue legal action against ITC and all responsible parties for the ITC fire.