“All families, regardless of zip code, should be able to raise their children without fear of explosions and the spillover effect of poor air quality." 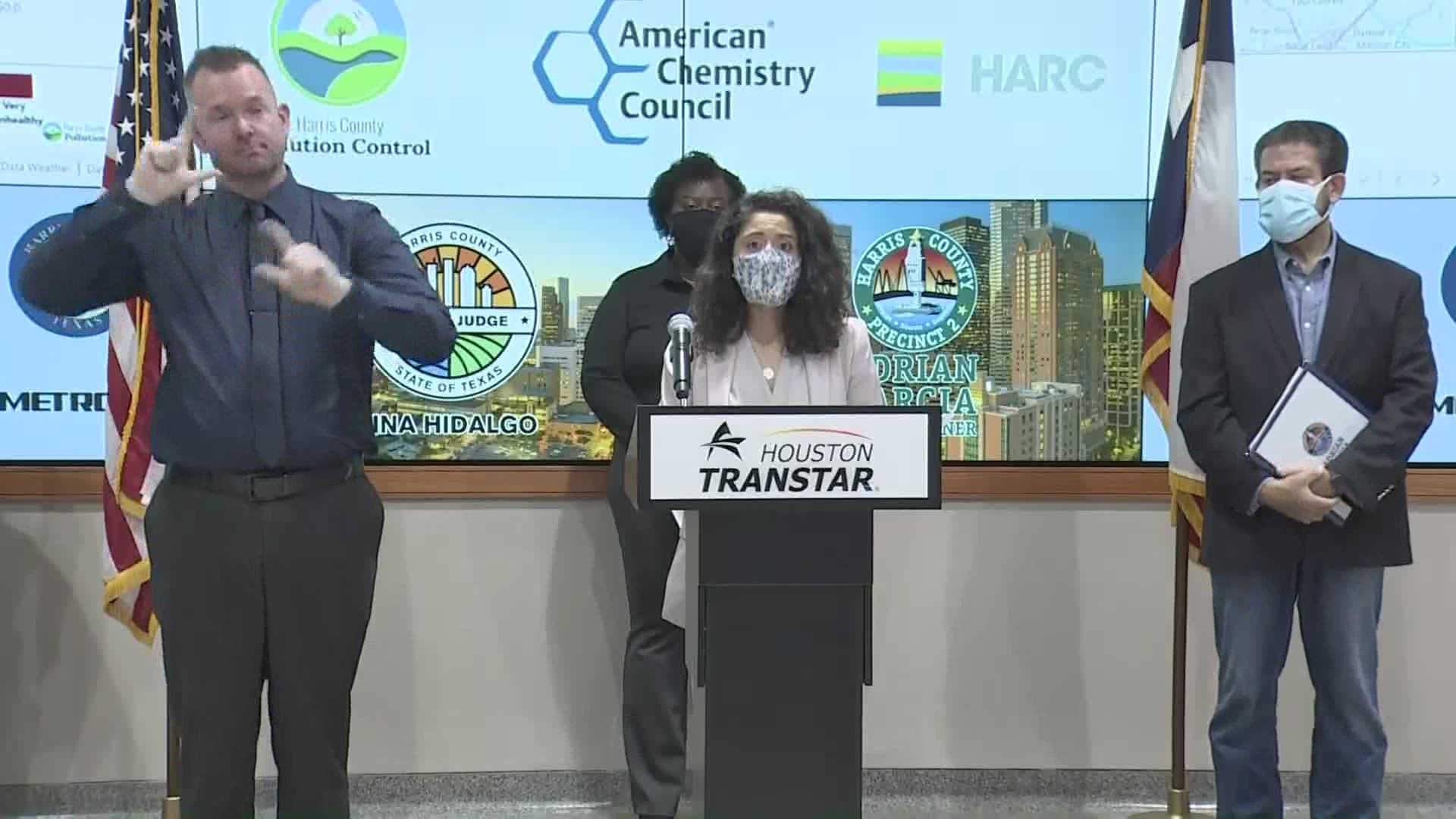 HARRIS COUNTY, Texas — On Thursday, Harris County officials outlined all the actions it has taken over the past two years to enhance environmental monitoring and enforcement.

Harris County Judge Lina Hidalgo said since the ITC chemical fire that happened in Deer Park in March 2019, county officials have been taken numerous steps to protect the county's environment against threats to public health and safety.

These actions, according to county officials, follow decades of systemic underfunding and neglect of key county departments and services aimed at protecting residents against environmental hazards, including man-made and natural disasters.

“We are committed to addressing the root causes of repeated incidents that disproportionately affect vulnerable populations who live in the shadow of industry,” Judge Hidalgo said. “All families, regardless of zip code, should be able to raise their children without fear of explosions and the spillover effect of poor air quality. The steps we’ve taken are charting the course for long-overdue change, but it will take a sustained effort of working together, across disciplines and industries, to reverse the damage of decades of underinvestment.”

Hidalgo said since the ITC fire, the county has allocated more than $11 million towards improving its preparedness and response to chemical incidents.

This includes adding emergency response workers, chemists and field investigators to the pollution control department. The county has also doubled the size of the county HazMat team.

And to hold polluters accountable, the county increased its capacity to pursue legal actions.

A detailed breakdown of how the county's enhancement of environmental protections is below: