The motion was approved Tuesday morning. 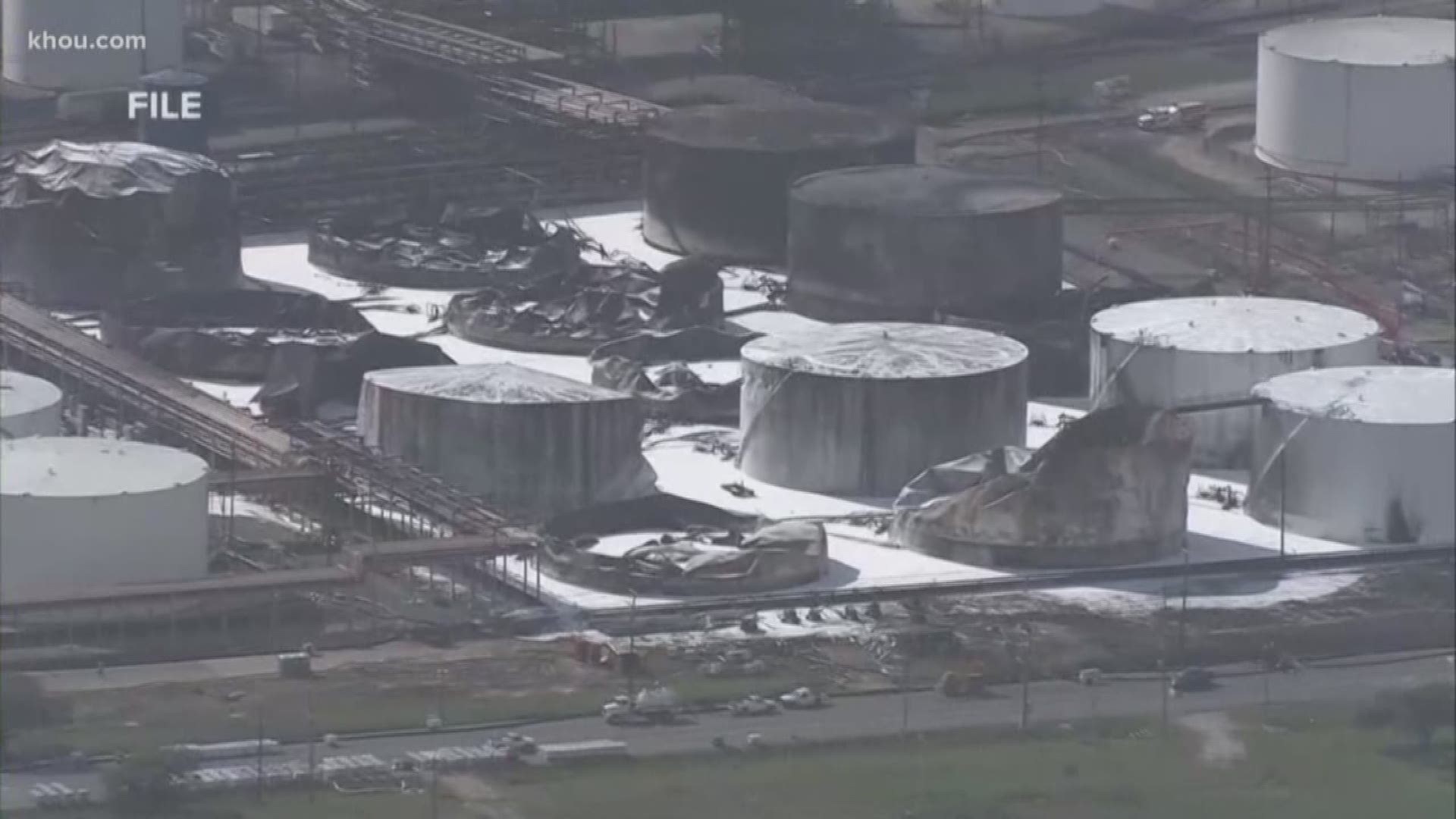 DEER PARK, Texas — The Harris County Commissioners Court has unanimously approved a motion allowing the County Attorney to take legal action against ITC and all responsible parties in the Deer Park fire.

The motion was approved Tuesday morning after Judge Hidalgo moved the ITC chemical tank fire to the top of the Commissioners Court agenda.

“It’s incredibly important that we hold accountable those responsible for this incident,” Judge Hidalgo told Commissioners and the people packing the meeting room Tuesday morning.

Judge Hidalgo and the four commissioners unanimously voted to give County Attorney Vince Ryan the green light to sue ITC and anyone else responsible for the Deer Park fire.

“The primary purpose of this action is to do everything we can as a county to keep this from happening again,” said Ryan.

Ryan says he’ll ask for an outside auditor to look at ITC’s actions and what led up to the fire. He’ll also try to recover the county’s cost.

“I wanna make sure that the small businesses are thought of in some regard,” said Commissioner Adrian Garcia of Precinct 2, which includes Deer Park and surrounding cities.

Commissioner Garcia also wants the lawsuit to factor in the potential health impact.

“My concern is that we don’t know if we have the next generation of cancer patients,” Commissioner Garcia told his colleagues.

Judge Lina Hidalgo is worried about recent state law that she says caps damages at just over $2 million dollars.

“The companies have less of an incentive to comply with existing regulations if the damages are just a slap on the wrist,” said Judge Hidalgo. “We need to change that.”

Now she says state lawmakers could vote on new bills that could weaken the county’s suing power.

While commissioners figure out long-term action, many residents of Deer Park and the surrounding communities told commissioners they want to see immediate action.

“The benzene that we had a shelter in place, ya’ll weren’t able to get adequate readings,” said one Deer Park resident during public testimony. “Get a monitor closer now.”

“I heard somebody say ‘It’s a learning event,’” said one La Porte resident during testimony. “So we’re the guinea pigs?”

Commissioners also ordered the county’s Pollution Control, Public Health, and Fire Marshal to brainstorm ways to better prepare for and coordinate during a similar incident. They’ll report their findings at the next Commissioners Court meeting on April 9