The final report says the fire was caused by a mechanical failure within one of the storage tanks at the site. 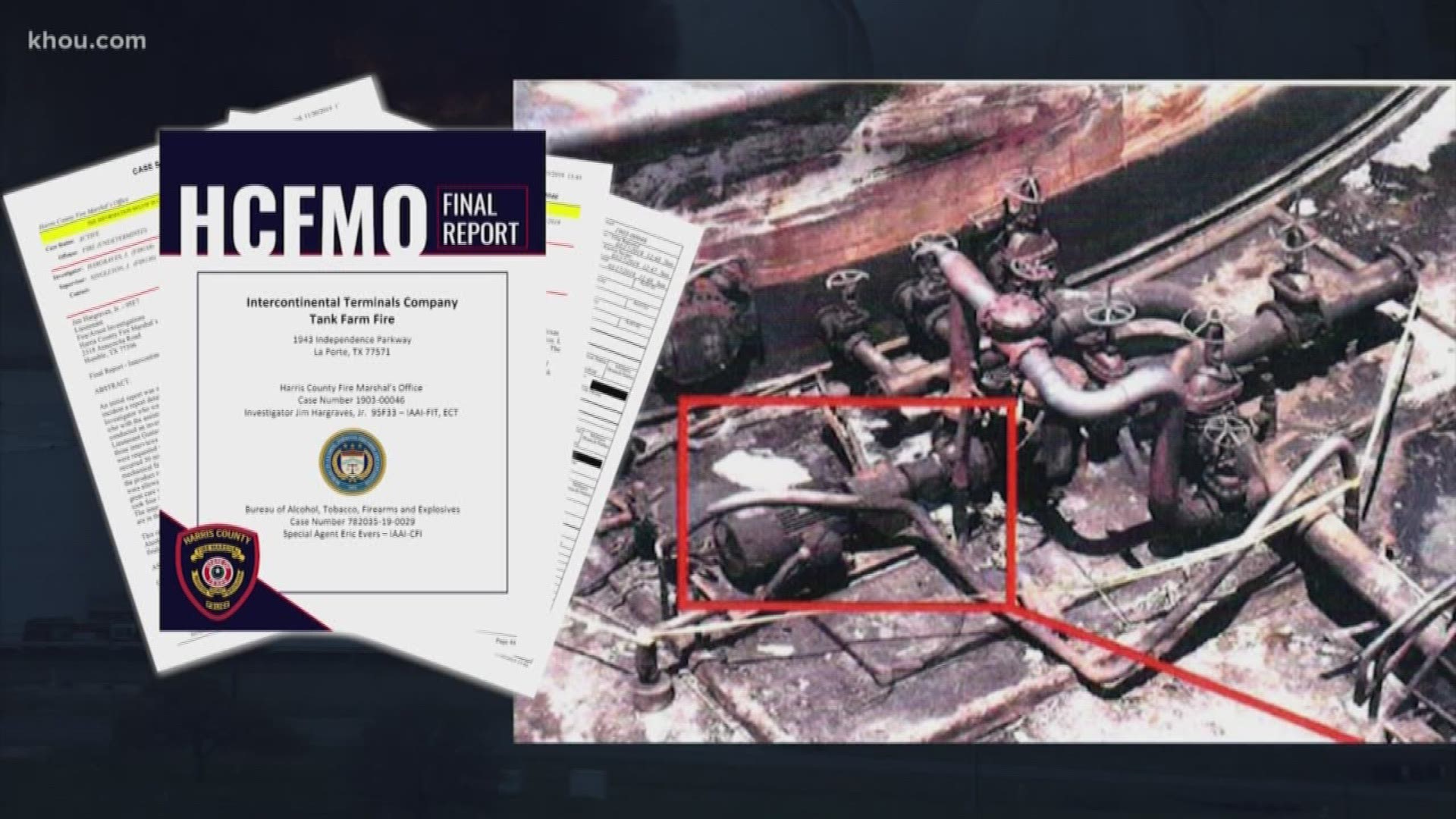 HARRIS COUNTY, Texas — The Harris County Fire Marshal’s Office has completed its investigation of the devastating fire at the ITC plant in Deer Park in March.

Investigators have ruled the fire accidental.

The final report says the fire was caused by a mechanical failure within the "manifold power frame" at one of the storage tanks at the site. That piece of equipment contains a motor and set of pipes used to pump product in and out of the tank. Investigators could not determine how the equipment failed or the ignition source.

The 203-page report did conclude about 9,000 gallons of the highly flammable chemical naphtha leaked before it caught fire.

The fire raged for four days. A report from the U.S. Chemical and Safety Hazard Investigation Board in October claimed the facility was not equipped with gas detection alarms or emergency shutoff valves that could have isolated the fire.