For the second day in a row, they’ve sampled the ship channel and had it tested. 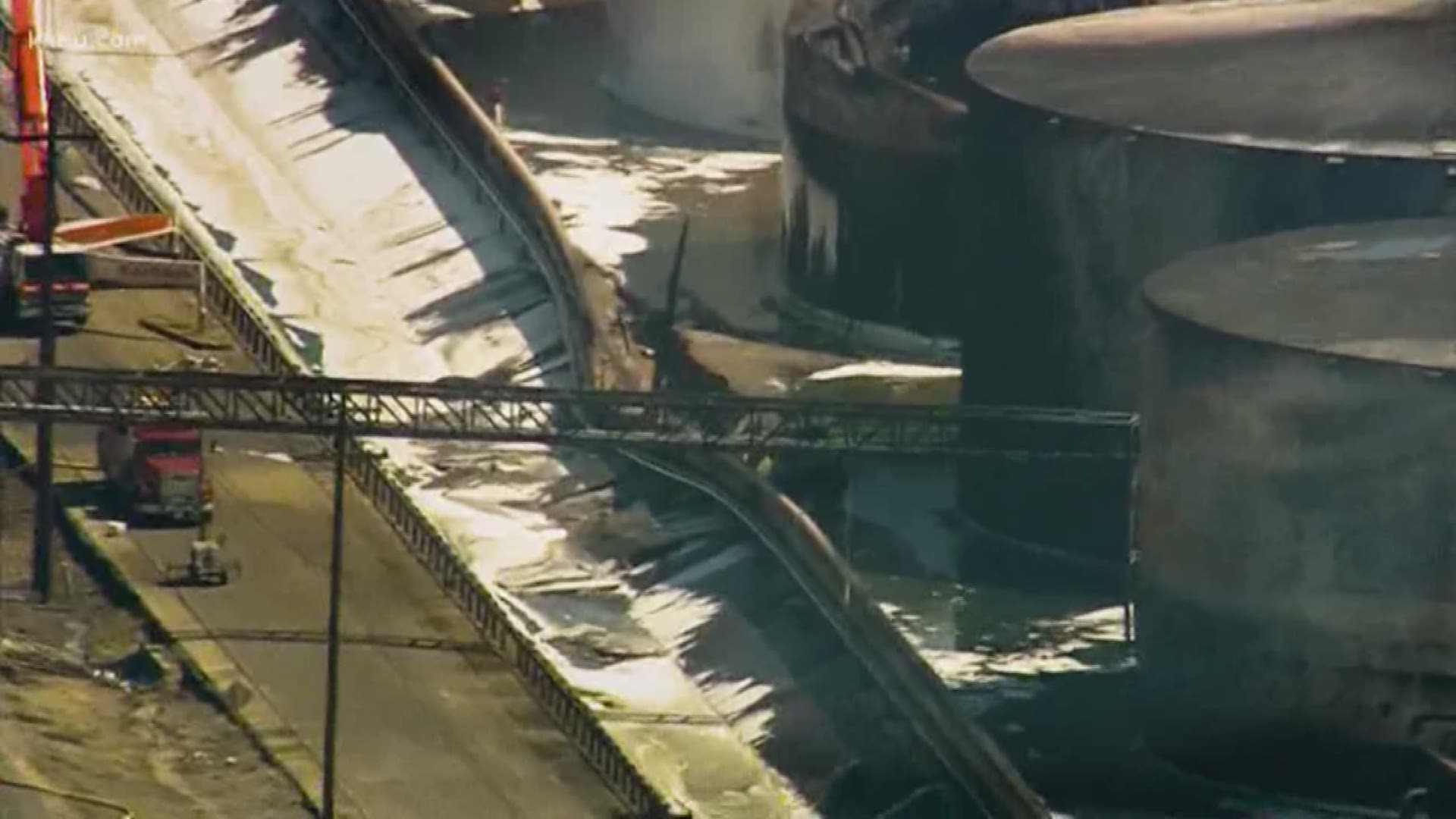 HOUSTON — The Galveston Bay Foundation was back on the water Saturday taking samples from the Houston Ship Channel.

Friday’s tests didn’t show chemical levels above EPA surface water standards, but that was before the ITC chemical release.

Because part of the ship channel was still closed Saturday, crews weren’t able to go out by boat so they took samples along the shore.

Wearing life jackets and respirator masks, they sealed and labeled each sample of water.

“So we said let’s just go out and do some monitoring ourselves, get some data ourselves," Galveston Bay Foundation President Bob Stokes said.

Stokes said it’s their job, over anyone else’s, to protect the bay.

"This is right in our wheelhouse so we felt we needed to do something active, so we felt we were getting good data," Stokes said.

So for the second day in a row, they’ve sampled the ship channel and had it tested.

"There was one sample right in front of ITC that had higher levels than any other sample of benzene," Stokes said. "So you can make the conclusion that likely that came from ITC, but even that level was below surface water quality standards."

But after Friday's chemical release, they decided to do it again.

“We’ve been told, generally that there was quite a bit of additional runoff from the site after that containment breach so again, I think it’s important to continue the monitoring," Stokes said.

“Seeing what happens after today’s sampling and the next days sampling is even more important," Stokes said.

He expects that sampling to be something they won’t stop anytime soon.

“I feel like we’ve got a snapshot, an early snapshot of data that looks okay. But this is a snapshot. The thing about data and monitoring is that this needs to continue to occur," Stokes said.

The foundation hopes to get Saturday's results back as early as Sunday.