The Harris County fire marshal delivered a subpoena to ITC prohibiting the destruction of evidence, however, fire investigators have not been allowed to access the site. 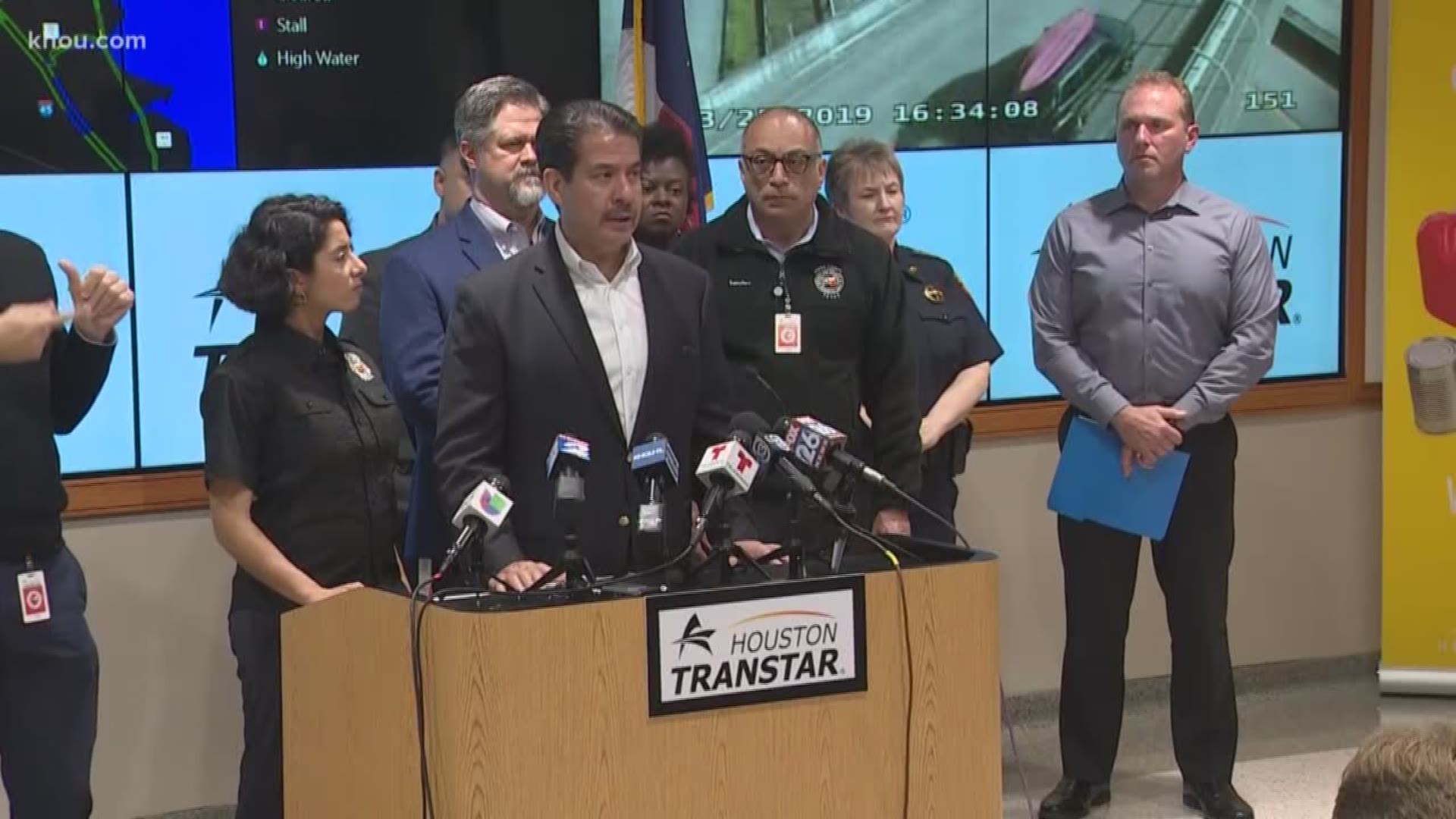 HARRIS COUNTY, Texas — Harris County officials said even though there has not been a fire at the ITC chemical storage facility in a few days, the situation is far from finished.

Harris County Judge Lina Hidalgo said during a press conference Monday the county will be holding ITC accountable for the fires and impact on the community.

Several public waterfront areas near the facility will remain closed until water tests are returned.

The Houston Ship Channel remains closed to traffic as the cleanup on the water continues.

The Harris County fire marshal delivered a subpoena to ITC prohibiting the destruction of evidence, however, fire investigators have not been allowed to access the site.

Judge Hidalgo pledged to begin looking at other chemical plants within the county that pose a safety risk in Tuesday’s commissioners court meeting.

Intercontinental Terminals Company reported it made progress removing some of the remaining chemicals from the tanks on the tank farm over the weekend.

Crews on the water are trying to clean up the chemicals and runoff that escaped into waterways Friday when a secondary containment wall collapsed at the facility.

A 2-mile area has been exposed, and more than 1 million gallons of oily water has been removed from the water, according to ITC.

Officials with the company say they have received 1,600 inquiries for claims.

County officials advised residents not to sign anything with ITC before consulting a private attorney.