EPA says a total 53 animals have died as a result of the ITC tank fire. 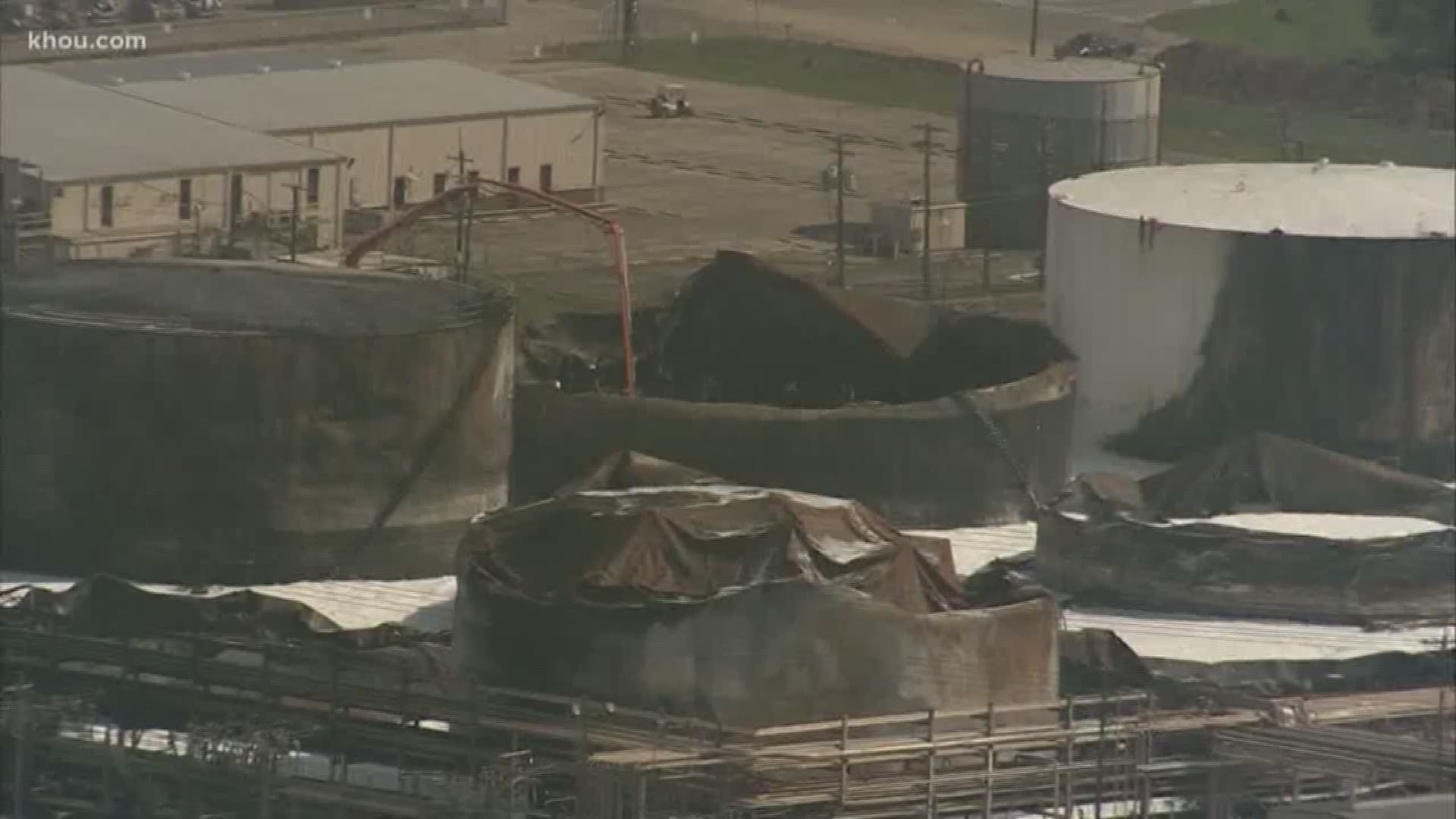 DEER PARK, Texas — The U.S. Coast Guard officials say Sunday’s storms had little to no impact on their recovery efforts in the Ship Channel following the tank fire at the Intercontinental Terminals Co. Deer Park facility.

In a Tuesday morning press briefing, the USCG says the area was secured Sunday morning prior to the line of storms moving in.

Adam Adams, with the EPA, says the storm flushed the drainage pathway and any product into their recovery locations. It also suppressed vapors.

Adams says that if foam used to combat the fire blew into your yard, it is believed to be non-toxic.

He added that residents should call the ITC Cares Hotline if they have foam in their yard, and they will come out to assess the situation.

Harris County and federal investigators will be entering the tank farm at the ITC Deer Park facility for the first time on Tuesday.

The Harris County Fire Marshal's Office and the Bureau of Alcohol, Tobacco, Firearms and Explosives will enter the site.

Investigative activities have been ongoing since the initial fire on March 17.

The fire marshal's office and ATF said they will work to determine the origin and cause of the fire utilizing the methodologies described in the National Fire Protection Association 921 Guide for Fire and Explosion Investigations.

The EPA says cleanup crews have recovered “quite a bit of oil product” from the area waterways. They continue to monitor the air quality in the area.

Adams added that they have not had air quality measurements that warranted a shelter-in-place or evacuation.

Adams also gave an updated on the wildlife impacted by the incident:

Not all of the impacted wildlife entered rehab. Adams said 48 animals died, including five turtles, six possums, 15 birds and 21 fish.

Adams said none of the animals impacted were endangered species.

The Coast Guard said none of the inbound ships from last week were required to undergo decontamination. The daylight restrictions on inbound traffic in the Ship Channel were lifted on Friday.

The Ship Channel is now acting at near capacity to traffic, USCG said.

The USCG says they have recovered to date near 120,000 barrels of contaminated water.

The Texas Commission on Environmental Quality says they continue to take daily water samples from the Ship Channel and Galveston Bay. Teams are collecting from 13 sites and continue to access data.

ITC officials say the bulk of the liquid has been removed from the tanks at the Deer Park site and that the cleanup is in the final stages.