KHOU 11 News dug for answers to questions viewers have about the ITC chemical fire in Deer Park. 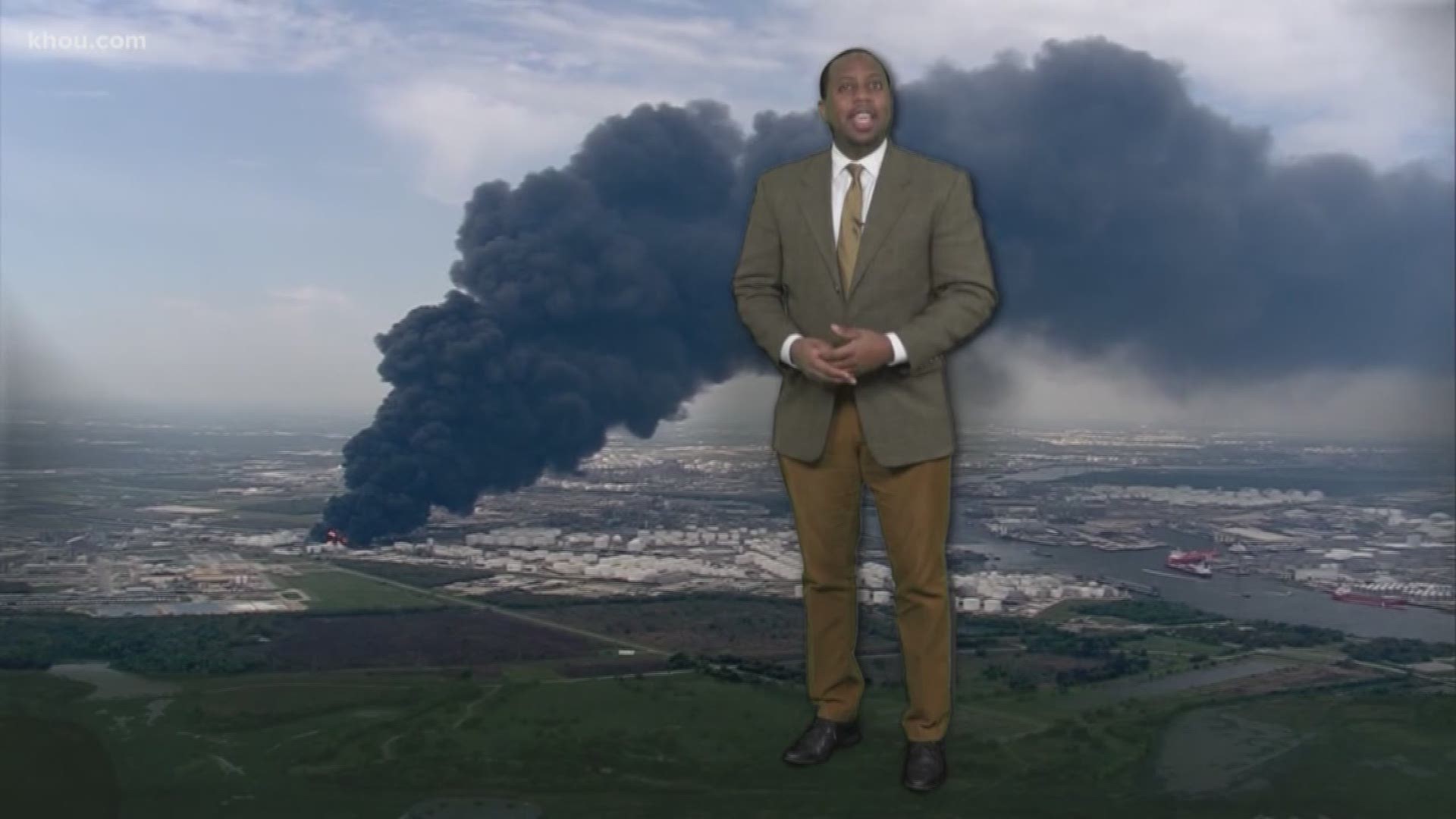 HOUSTON — KHOU 11 News dug for answers to questions viewers have about the ITC chemical fire in Deer Park.

On Facebook, several asked about the contents of the smoke plume over the city.

The Texas Commission on Environmental Quality and Intercontinental Terminals Company, which owns the facility and storage tanks burning, did not know. Spokespeople for both said their organization measures only ground-level air quality.

The EPA used a plane to collect samples but did not have readings available to KHOU 11 News Tuesday evening.

One expert told KHOU 11 News the plume contains heavy concentrations of chemicals in the air below. ITC listed 15 on the company’s website. TCEQ air quality samples all fell within national standards, a spokesman said.

Dr. Robert Talbot, University of Houston professor of atmospheric chemistry, said that would change if weather pushed the plume close to the ground.

“It would put it more like diesel fuel exhaust,” he said.

Some viewers wondered about the age of the tanks involved in the fire.  All eight range in age from 20 to 30 years, according to ITC.

KHOU 11 News searched for maintenance guidelines within their industry and on county, state and federal levels. A company that removes such tanks in New Jersey, Pennsylvania and Delaware said the average life of such tanks is 20 years.  However, some last longer.

Other viewers wondered where runoff from the firefight is carrying chemicals.

Firefighters used 137,000 gallons of foam to smother chemicals that include naphtha and xylene, both components of gasoline.

Images of the foam from Air 11 showed the runoff headed toward the Houston Ship Channel.

TCEQ is helping the company test and analyze alkaline levels. TCEQ did not report any pollution Tuesday.

Is the air safe to breathe? Environmental group doing its own air testing