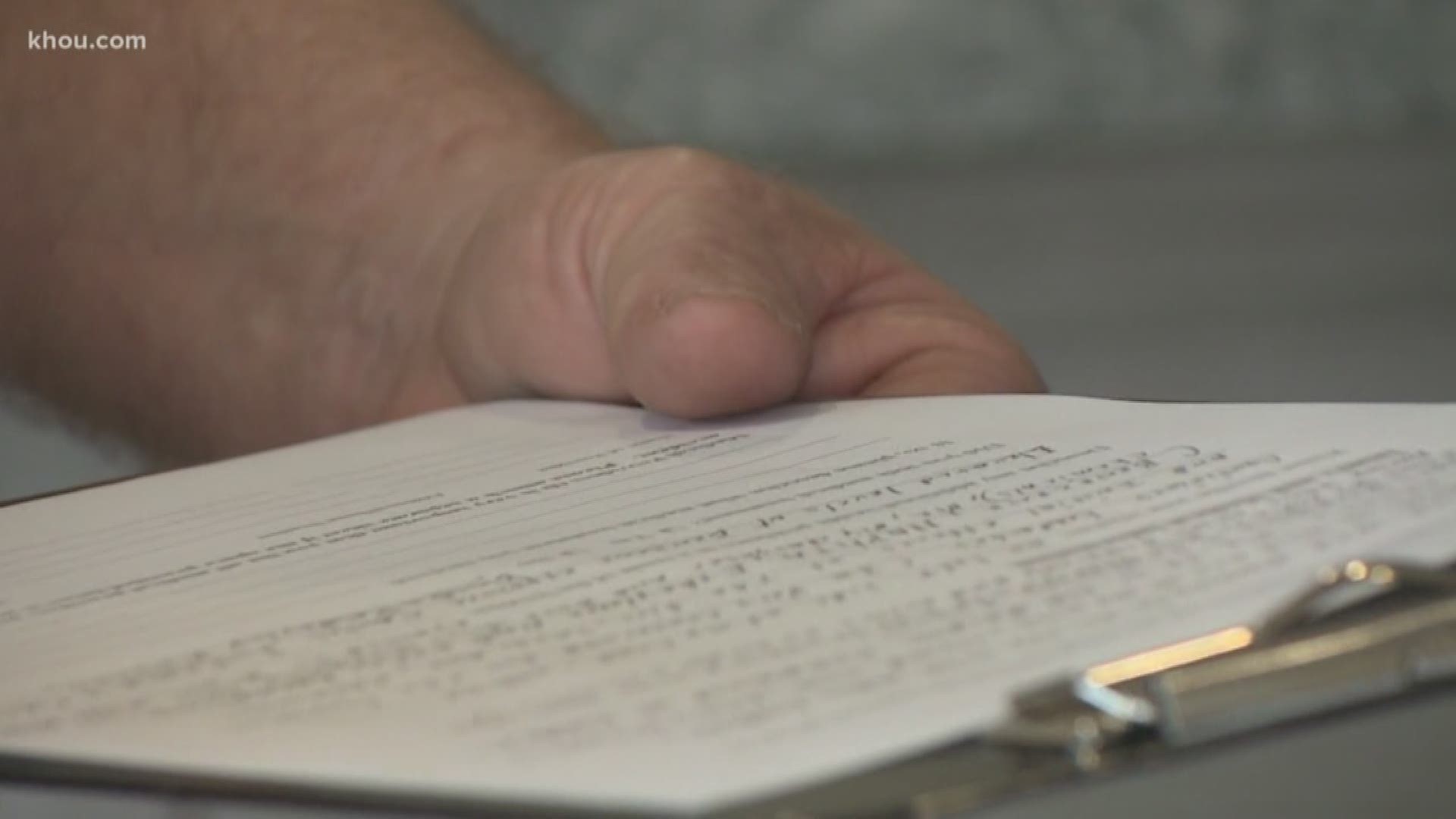 Hundreds of them showed up at a Deer Park law office wanting to take the first steps in filing claims against the company.

Massive fires at the company's chemical storage facility first broke out nearly one week ago.

“I woke up Wednesday morning with a little bit of blood coming out of my nose, headache and I still have headaches," said nearby resident William Conroy.  "My daughter had a runny nose and sore throat. We’re very concerned about the long-term effects of it and the immediate effects of it."

“I work nights and the smoke and everything was going over my job," Conroy said. "It’s just a terrible tragedy.”

“Headaches, sore throat, nose bleeds, dizziness – those type of light symptoms," said Deer Park plaintiff's attorney J.D. Wall with Chicago Title Southeast. "The government has stated there was a dangerous amount of chemicals in the air for quite some time.".

In addition to claims of health effects, businesses and workers say they were impacted financially.

Kids couldn’t go to school, workers couldn’t work and the partial shut down of the Houston Ship Channel have all been bad for business.

Personal injury lawyer Ben Bronston in downtown Houston says his office has been inundated with calls for help.

Bronston says some Deer Park area residents have already been contacted by ITC to file claims with the company.

“What we’ve heard is that there are ITC representatives going out into the community and handing out claim forms so that people sign away their rights without actually knowing what will be the long-term effects of the exposure they’ve sustained,” Bronston said.

His immediate advice for residents? Go see a doctor and don’t sign anything yet