Community members say after watching a black plume of smoke hover over their homes for three days, it's difficult to hear officials say the air quality is safe. 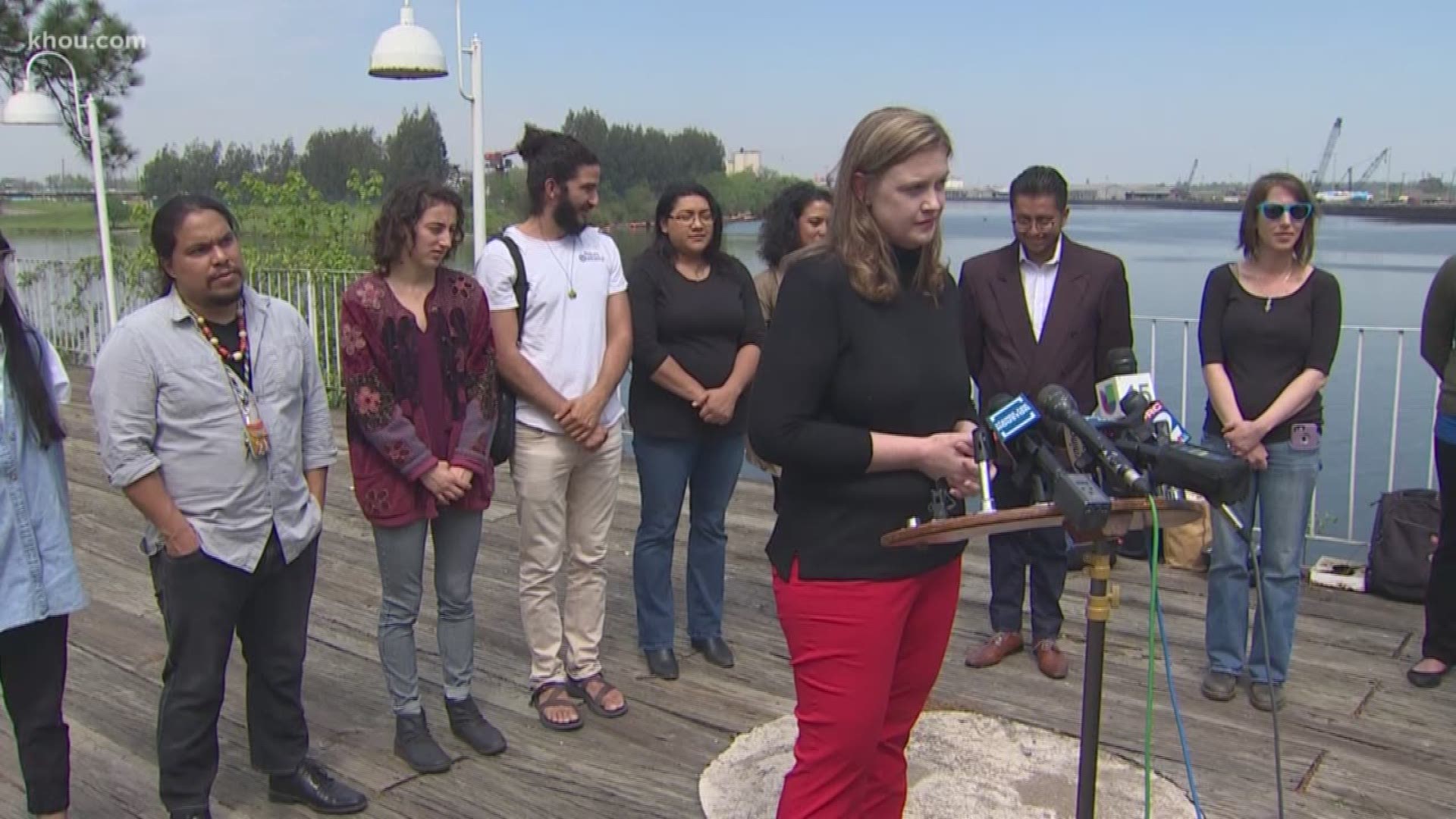 HOUSTON — Parents in Deer Park, Pasadena and La Porte say their children are experiencing headaches and respiratory issues and parents are concerned it's all linked to the fire at the ITC facility in Deer Park.

Some parents say they know ITC has opened up a hotline and a website to receive claims from members of the community impacted by the fire that burned from Sunday to early Wednesday morning.

But Sema Hernandez, a mother of four children who attend Deer Park ISD schools, says she doesn't have health insurance and cannot immediately afford to have her family checked out by a doctor.

Mother Terri Garcia is concerned about the results of air quality monitors.

"This is something that we didn’t ask for. This isn’t something that we caused. This was a mistake that somebody made," said Garcia of the chemical storage tank fire. "And mistakes have consequences. And all we’re asking for is the answers, the true answers to be given to us."

She says after watching a black plume of smoke hover over her Deer Park home for three days, it's difficult to hear the private company responsible for the fire, Intercontinental Terminals Company, the Texas Commission on Environmental Quality and Harris County say all of their air quality reports show no indication of dangerous levels of chemicals in the area.

But just an hour-and-a-half before, Garcia and other members of the community held a press conference. Adam Adams, a spokesman for the federal Environmental Protection Agency, said, "from the start of this up until today, right now - we’ve measured no hazardous concentrations."

Adams said the EPA has been monitoring samples taken by the air and ground since the federal team was called in on Sunday. "We’ve conducted air monitoring on the ground around the vicinity of the site, as well as downwind in the plume all the way across from La Porte, Texas all the way to Katy, Texas and we’ve not seen any detection of hazardous concentrations of the VOC’s or the particulate matter."

But at this point, Cesar Espinosa who represents FIEL, a Latino community action group, says the public would like to ask its own questions.

Espinosa says he's working to set up a series of community meetings that will connect the public with elected officials.

"I want to make sure that my family and my neighbor’s families and the families down the road are legitimately safe," said Garcia. "And if what they’re saying is true, that’s great. I hope it’s true. But if it’s not, I want time now to get it out of our system’s so that it doesn’t hurt us five years down the road."

EPA: No hazardous levels in air, water samples | Deer Park Fire is out

Who's responsible for monitoring air quality in Texas?