John Milkovisch started the project in 1968. 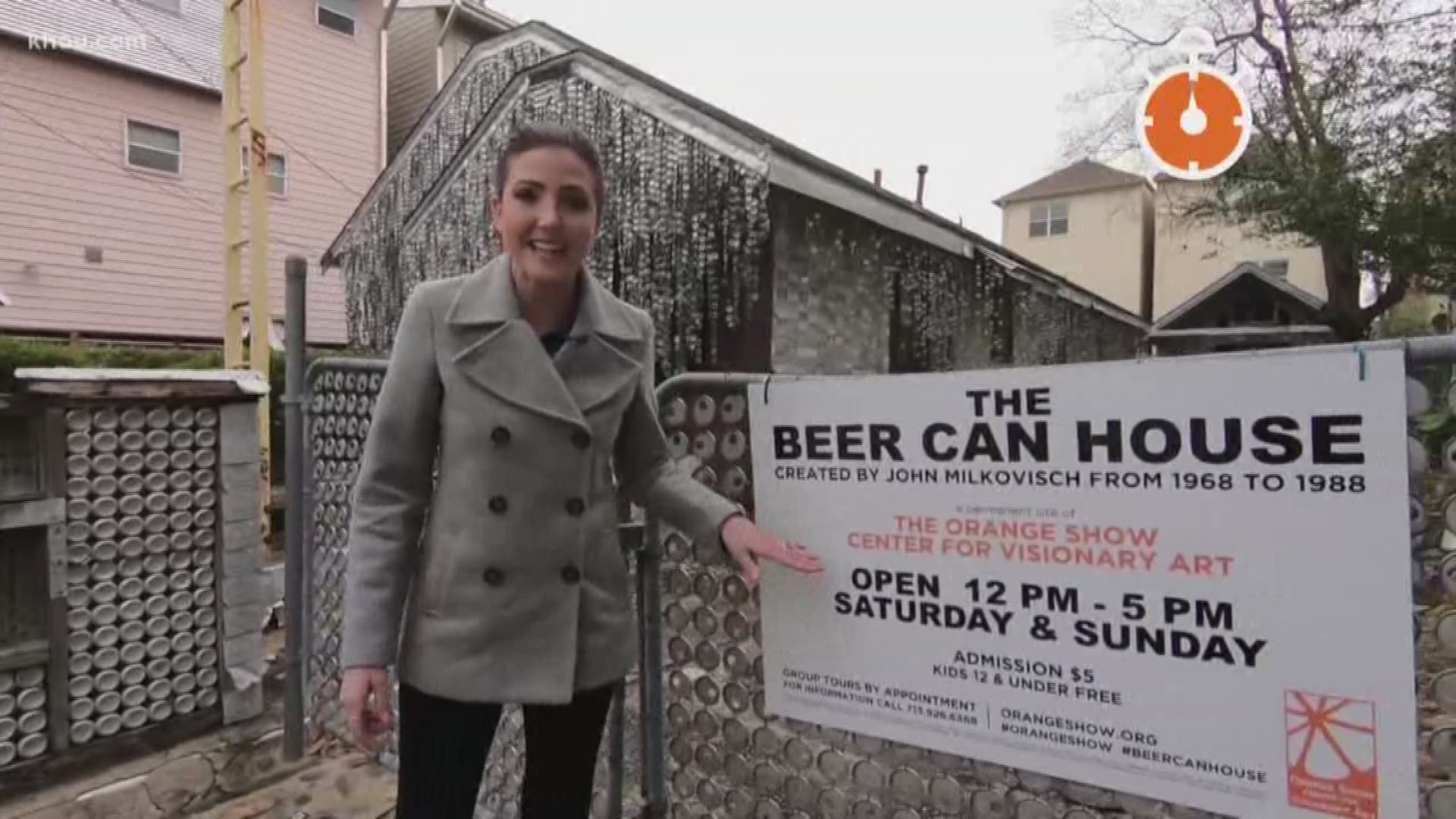 January 24 is Beer Can Appreciation Day. What better place to celebrate in Houston than the Beer Can House?

John Milkovisch started his 20-year project in his backyard in 1968. Maybe you think he lost his marbles, but, no. He meticulously placed more than 30,000 of them all over his yard.

"His idea was to never have to cut grass again," says lead docent Quenton Byers. "He hated cutting grass."

Milkovisch used about 50,000 cans on this project and he didn’t leave anything out. The tops and rims of cans are used as chimes all over the house. He turned the bodies of the cans into metal siding on the home. Scattered between the beer labels, you can occasionally spot a soda can in there.

"The soda cans are actually John’s grandchildren," Byers says. "Mind you, he wouldn’t let any of his children help. But his grandchildren were all allowed to add a can to the house."

The art installation isn’t isolated to outside of the house. If you take a step inside, you can see all the linoleum tile Milkovisch cut and placed by hand.

"It took him 20 years, 20 years of patience, perseverance and focus," adds Byers.

If you want to see the feat of can construction yourself, it's open every Saturday and Sunday. Admission is $5. Click here for more info.

A look at the textures of Houston's Beer Can House