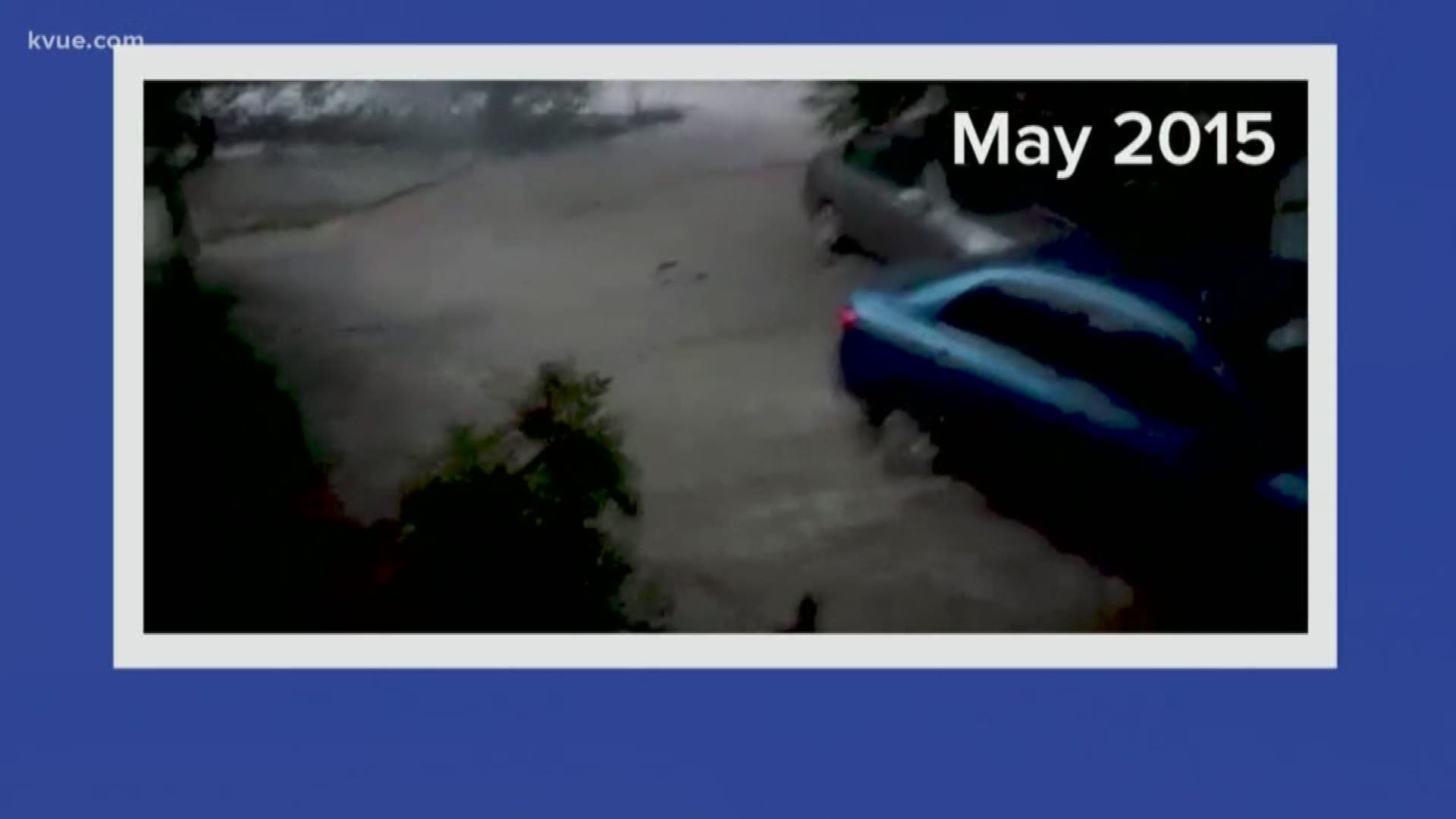 “The Memorial Day Flood was noted for its extreme water velocities, analogous to the velocities of Niagara Falls,” according to the damage assessment in the city’s performance report.

The death toll topped at 12 people. In all, 21 percent of homes in the city were damaged or destroyed.

Now, millions of dollars promised to help affected homeowners still sits unspent. City leaders said federal requirements for how that money is spent is to blame.

“We just cleaned all of this out and it got flooded out and we had to redo it again,” said Richard Barrera, whose home was flooded in both storms.

He said his insurance covered some repairs, but his foundation is still shifted. Cracks line his walls and run along the ceilings in several rooms.

“They said if my house wasn’t repairable, they would life it up and fix it, but they said I was making too much money,” said Barrera.

Barrera was denied the relief. He and his wife made more than 80 percent of the median household income cap. For a family of four, it would mean an income of less than $50,000 to qualify.

Heavy rain evokes memories of May 2015 flood in Wimberley

“This program is for the last resort. The people that couldn’t do it on their own,” said Stacy Brown, Housing and Community Development manager for the City of San Marcos.

So far, 6 of the 79 applicants have been approved over the three-year process. Five are approved for a rebuild, one will be rehabilitated and three are pending approval.

“There so many regulations we have to comply with. In hiring people, in getting consultants, in planning, and we want to do this right,” said Brown.

Hiring consultants and planning are part of the federal requirements.

“For the residents, yes, it does not come out fast enough. But, we appreciate all the money that we’re getting right now,” said Brown.

Brown said Hurricane Harvey slowed down their effort to rebuild for those approved.

In the meantime, a non-profit formed to help regulate how public donation money was spent.

The Blanco River Regional Recovery Team (BR3T) formed in June 2015. It took at least a year before they could start widespread recovery efforts, due waiting for approval of the IRS 501(c)(3) status.

From 2015 to 2017, the group helped repair 1,600 homes over a four-county area. The money received by the organization buys materials. The charity seeks volunteers and partners with other charities to do the labor. No money contributions are given to flood victims.

“I want (the house) for my grandkids. When I (die) my daughter can have it. I don’t know. I just got a let God take his place because I don’t know if I’ll be able to ever pick it up,” said Barrera.

Barrera has one more chance.

The City of San Marcos is accepting another round of applications for the CDBG disaster relief grant.

Barrera retired since he first applied. He hopes his drop in income will help him qualify.

If you or someone you know still needs help, resources are available.

If you have a story idea for the Defenders, email us defenders@kvue.com