'It completely ruptured': Pearland woman warns others of breast implant dangers after scare 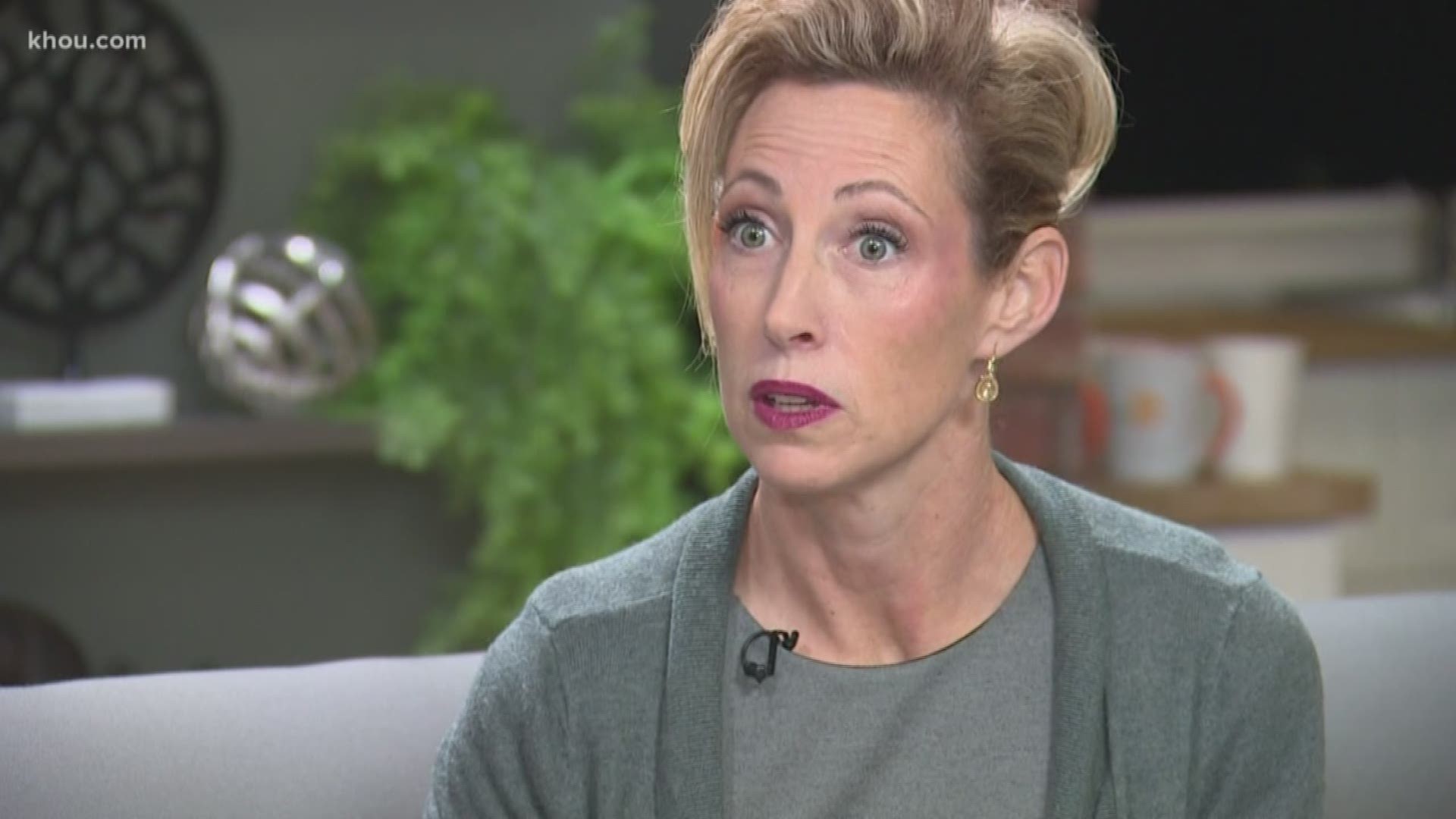 HOUSTON — In 2016 Cindy Leach made a decision that changed her life.

"After all the kids, us women want to fix things," Leach said.

The hardworking mother of four and bodybuilder decided to replace her saline breast implants with silicone textured implants.

But things did not go according to plan. About two years later, her health dramatically declined. She endured two bouts of bronchitis, asthma, headaches and skin sensitivity. All of it seemingly came out of nowhere.

"Eventually, every muscle in my body hurt from my head to my toe," Leach said.

She had no unusual symptoms in her breasts, but late this summer, friends and family encouraged her to see a doctor to get tested.

"I was told to get a mammogram to get your implants checked out," Leach said.

The mammogram changed everything.

"This is as bad as it gets, it completely ruptured," plastic surgeon Dr. Charles Polsen said.

Polsen realized Leach's right implant burst and was leaking badly. The implants had to be removed, and fast.

Surgery revealed the extent of the rupture.

"The rupture was everywhere, and he had to clean it out of some ribs," Leach said. "I did, in that moment, wonder is this why I'm sick?"

Immediately after surgery, Leach noticed many of the symptoms she'd experienced for months were suddenly gone. Polsen said it's a pattern among women choosing to remove their implants.

"I am seeing more of that over the past year there have been increasing people complaining of breast implant illness which is a relatively new term," Polsen said.

There's no real science yet to prove whether Leach and other women's range of symptoms are tied to implants. Breast implant illness isn't an official diagnosis or disease but a growing number of women are reporting similar issues.

"With the severity mine was, there's no way I would put a product like that back in me," Leach said.

Physically, she's recovering. Emotionally, the road will be harder.

"Everyday is a new emotional and mental challenge," Leach said.

With more than 500,000 women choosing implants every year in the United States, Leach hopes women do the research and think twice about what they're putting in their bodies.

"Maybe my story can help another woman," Leach said. "I wouldn't wish this on any woman."

If you have unexplained symptoms that you feel might be linked to breast implants, there's a form you can fill out and report to the FDA. You can find that form here: https://www.fda.gov/media/85598/download.

RELATED: Breast implants: what you need to know

RELATED: For decades, medical device dangers were hidden in reports only the FDA could see