Is Houston prepared for the next hurricane?

A lot of changes have been made improving how we track these storms, how we prepare and how we deal with them when they hit. 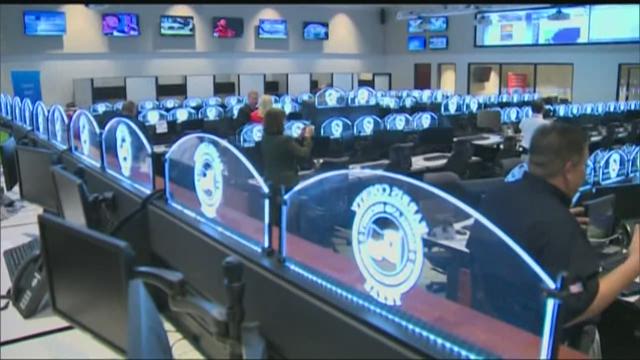 Hundreds of thousands have moved to southeast Texas since the last time a hurricane hit our region, but millions more remember all too well what the experience is like.

A lot of changes have been made in that time, though, improving how we track these storms, how we prepare and how we deal with them when they hit.

Late last year, NASA launched the Geostationary Operational Environmental Satellite or GOES. It’s the first HD satellite, which means we’re getting a much better look at weather systems as they form.

If a weather system does form, that’s when the Harris County Emergency Operations Center kicks into high gear. Opened in 2014, it’s four times larger than the previous one. The county also reconfigured how different departments are used during severe weather, including staggering staff so there’s consistent manpower throughout.

Another tool is right in your hands. The ReadyHarris app helps you make a disaster plan, track conditions and review the evacuation map.

Were local leaders to decide an evacuation is necessary, the process will look different than it did when massive gridlock tied up the freeway during Rita. The county worked with the state on a plan to open opposite lanes of traffic and stack the evacuation route with resources.

If a major storm hits, it won’t have nearly the effect Allison did when it comes to killing power and air conditioning. Post-Allison, most homes and businesses made the decision to elevate their power sources and their A/C units to keep them from getting flooded.

Should power get knocked out, CenterPoint Energy will know sooner than it did during Hurricane Ike. The company installed more than 2.3 million smart meters throughout the city to alert crews if there’s an outage. Those crews will also have the ability to respond more quickly because of CenterPoint’s adapted approach to staging sites.

If heavy rain is associated with the storm, it will undoubtedly fill underpasses, death traps that claimed several lives over the years. In 2015, the city started installing gates at some of those underpasses to prevent people from accidentally driving into the floodwaters. The Department of Public Works and Engineering has 27 active or in construction flood warning system locations. Nine of the 27 are still under construction.

Down in the Med Center, which was flooded by Allison, you’ll now find flood-prevention doors in almost every building on the UT Health campus. They’re tested each year to make sure they’re ready to go the next time water reaches that level.

Structural improvements have been made to the San Jacinto River Authority’s dam on Lake Conroe, as well as to the bayou system, to better handle all the rain and runoff a hurricane can bring with it.

Harris County Emergency Management Coordinator Mark Sloan says no two storms are alike and every one brings new lessons to be learned.