President Donald Trump said during a press conference that the seized tankers would be sent to Houston, but did not elaborate. 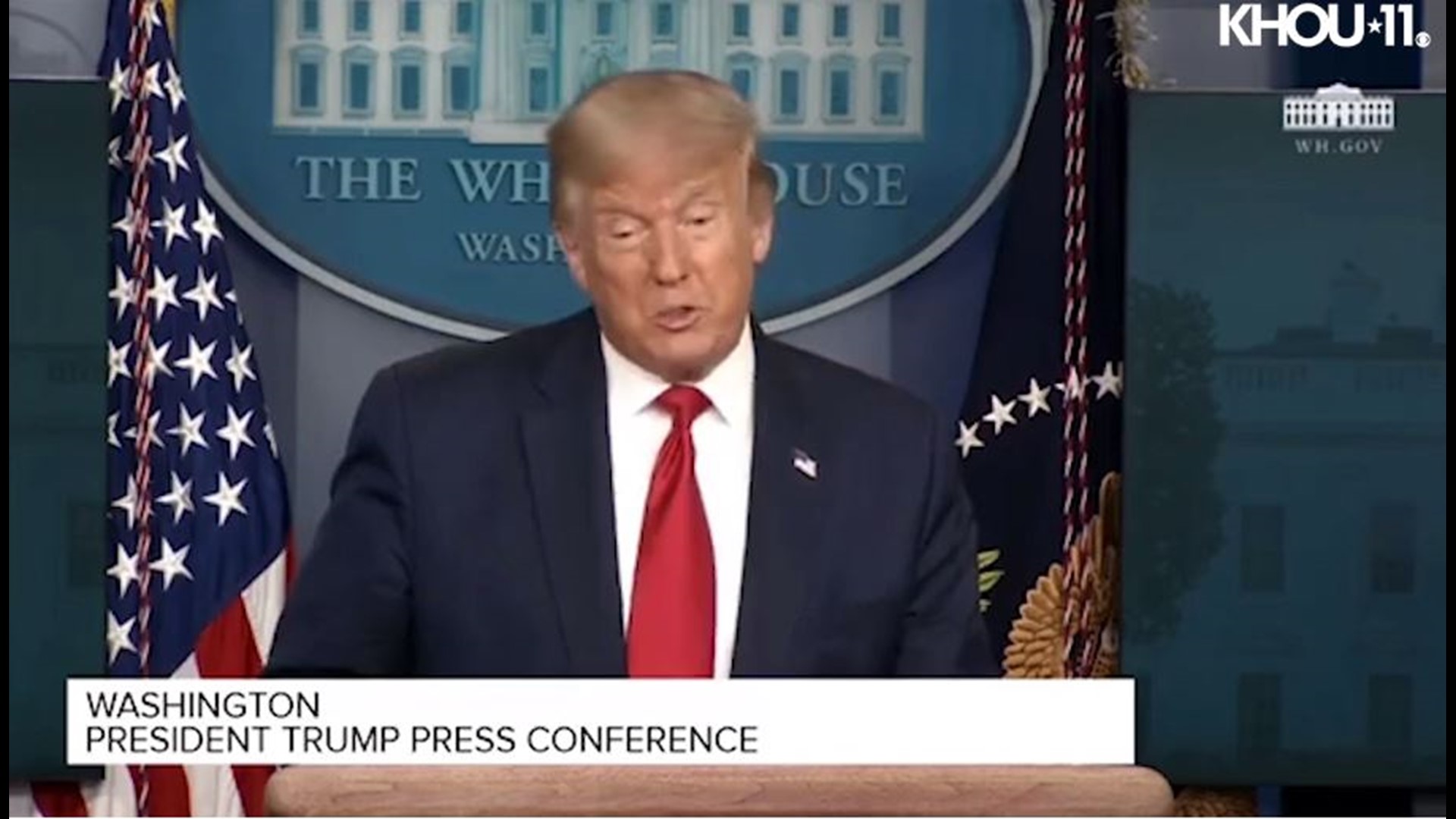 HOUSTON — Four tankers bound for Venezuela were taken into custody by the United States as part of the largest seizure of fuel shipments from Iran on Thursday.

The U.S. Department of Justice and the U.S. Attorney’s Office announced the seizure on Friday. They said the multimillion-dollar fuel shipment from the Islamic Revolutionary Guard Corps, a designated foreign terrorist organization, was heading to Venezuela when it was seized.

President Donald Trump said during a press conference the seized tankers would be sent to Houston, but did not elaborate.

The U.S. Attorney’s Office said the U.S. filed a complaint on July 2 seeking to forfeit all petroleum-product cargo aboard four foreign-flagged oil tankers, including:

The federal government said it executed the seizure order and confiscated the cargo from all four vessels, totaling approximately 1.116 million barrels of petroleum.

With the assistance of foreign partners, this seized property is now in U.S. custody and coming to Houston, according to the president.

After enforcement of the U.S. forfeiture order, Iran’s navy forcibly boarded an unrelated ship in an apparent attempt to recover the seized petroleum, but was unsuccessful.

“The U.S. Attorney’s Office in the District of Columbia will continue to use civil forfeiture tools to punish state sponsors of terrorism and recover funds for the victims of terrorism,” acting U.S. Attorney Michael Sherwin for the District of Columbia said. “This office has been at the forefront of seizing and forfeiting vessels used to clandestinely ship fuel in violation of U.S. sanctions. Today’s announcement demonstrates the relentless efforts of our law enforcement partners to ensure that seizure orders are executed no matter where the property in question is located.”

Funds successfully forfeited with a connection to a state sponsor of terrorism may in whole or in part be directed to the United States Victims of State Sponsored Terrorism Fund the conclusion of the case.