The incident resulted in the deaths of four crewmembers working aboard a dredging vessel. 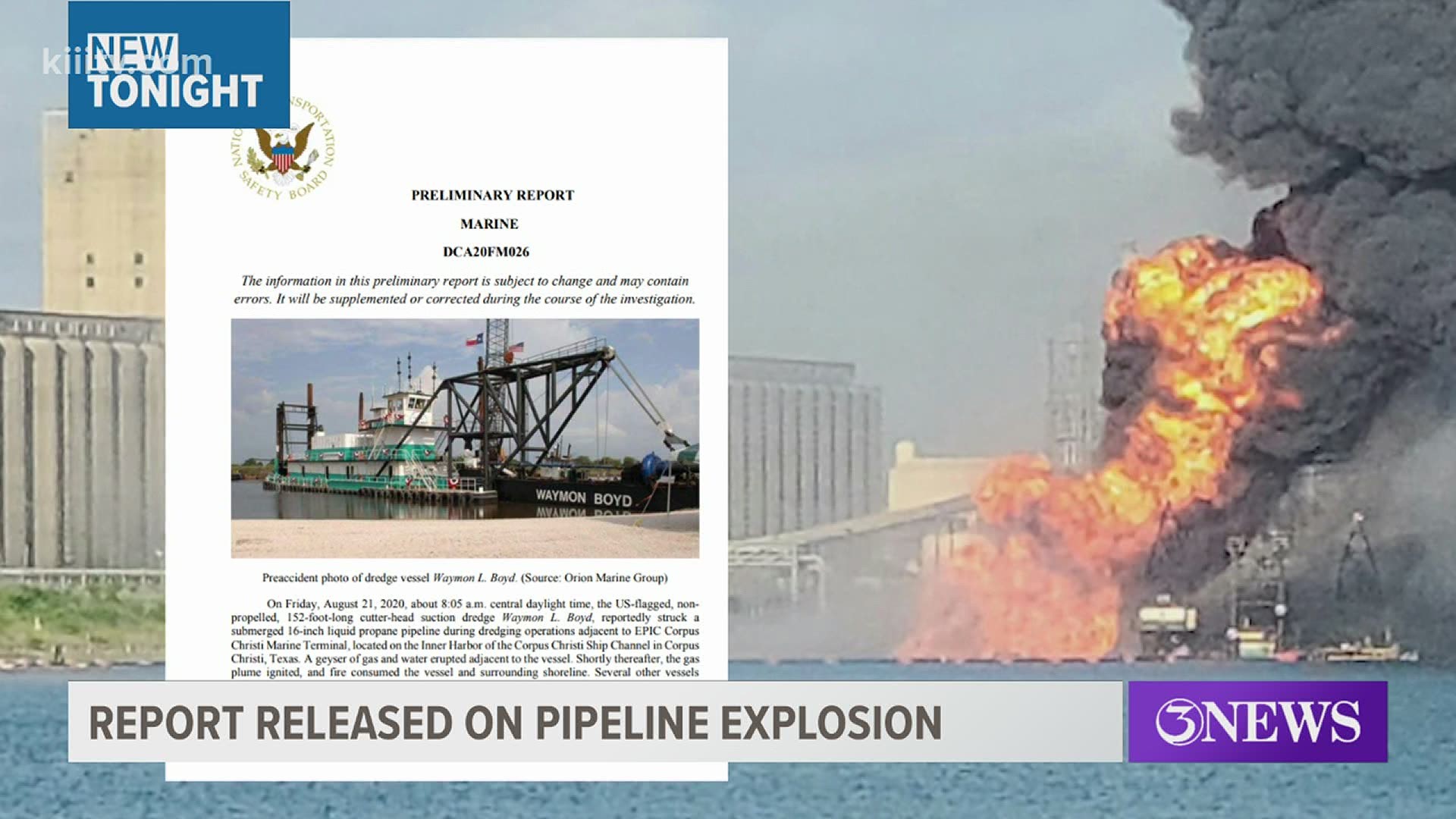 CORPUS CHRISTI, Texas — The National Transportation Safety Board has released a preliminary report detailing their findings as they investigate a pipeline explosion that happened in the Corpus Christi Ship Channel on Aug. 21.

The incident resulted in the deaths of four crewmembers working aboard a dredging vessel.

According to the NTSB's preliminary report, it was 8:05 a.m. when the dredging vessel, the Waymon L. Boyd, reportedly struck a submerged pipeline transporting liquid propane. This resulted in a geyser of gas and water that quickly ignited, consuming the dredge vessel and nearby shoreline.

18 employees of Orion Marine Group were working on the dredge at the time. Four died, and six had to be transported to burn units in San Antonio.

The report states that the fire was put out by around 4:10 p.m. It reignited for a short time later that evening, and the vessel sank overnight.

According to the NTSB, the pipeline that was struck by the dredging vessel was a 16-inch liquid propane line operated by Enterprise Products Operating, LLC. It was installed back in 1968. Enterprise estimates that around 6,000 barrels of liquid propane were released during the incident.

While inspecting the pipeline on Aug. 24, investigators found evidence of mechanical damage and two wall breaches to the pipeline. They also recovered the cutter dredge head from the sunk Waymon L. Boyd for further examination.

3News will keep you updated as more details surrounding this investigation become available.