Investigators pore over information from voice recorder in plane crash 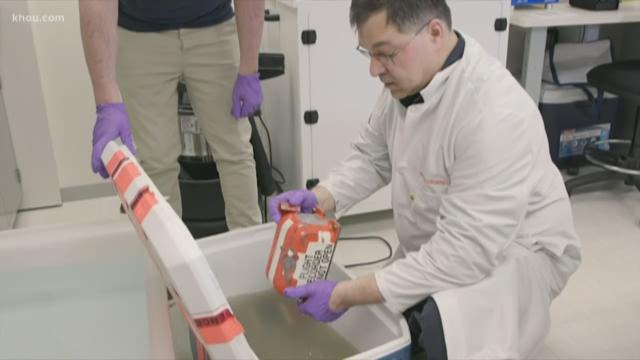 HOUSTON — National Transportation Safety Board investigators are reviewing information from the cockpit voice recorder found Friday at the plane crash site in the Trinity Bay near Anahuac.

The Boeing 767 crashed suddenly one week ago after taking a sharp nose dive into the water as it approached its final destination of George Bush Intercontinental Airport in Houston.

All three crew members on board the Amazon cargo plane were killed.

"I would say there's a lot of work to still be done but we've made tremendous progress in the last three days," said Chambers County Sheriff Brian Hawthorne. “I feel good about it."

The cockpit voice recorder, also known as one of the plane's two black boxes, is expected to contain audio that may reveal what happened in those final moments on board flight 3591.

"We are as anxious as you are," Sheriff Hawthorne said. "This is a mystery to all of us. Whether it's weather or mechanical or whatever it is, it'll put a lot of closure to this community, to people who fly in and out of Houston every day. I'll put a lot of closure for the families of the three loved ones who perished in this."

RELATED: 'You just don’t have 767s falling out of the sky': Local aviation expert talks next steps in cargo plane crash investigation