Investigators begin looking for cause of Channelview industrial fire

Investigators are also looking into which chemical was burning. 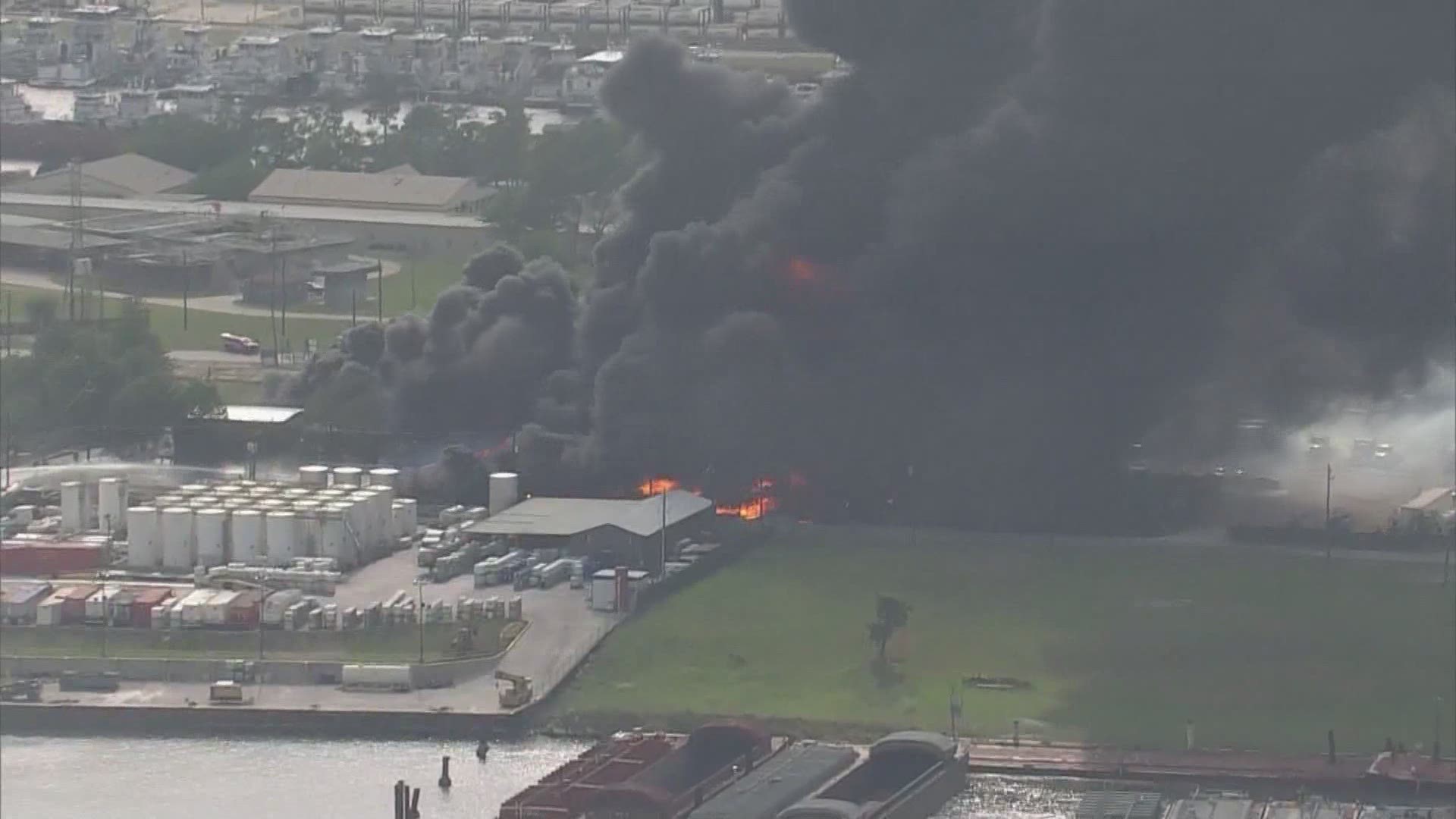 CHANNELVIEW, Texas — Investigators from the Harris County Fire Marshal’s office began looking Thursday into what ignited an industrial fire in Channelview the day before, along with which chemical was burning.

The fire started just after 4 p.m. Wednesday inside a small storage warehouse at the K-Solv facility before spreading to a second warehouse.

Mikie Sopczak, Director of Environmental Health and Safety and Security for K-Solv, said it happened while a product was being transferred between containers.

“This was not large tanks and large bulks,” said Sopczak during a press conference Thursday morning. This was small quantities.”

A spokesperson for Harris County Fire Marshal’s Office says investigators couldn’t get on scene until Thursday morning after the hot spots were put out.

Commissioner Adrian Garcia of Harris County Precinct 2, which includes the K-Solv facility, said there’s an air monitor in the path of the smoke plume.

“That monitor picked up zero readings,” he said.

Commissioner Garcia praised K-Solv’s quick response to the fire. He also said safety upgrades inspired by a major chemical fire in 2019 at the nearby ITC facility paid off.

Those include a new air monitor at a nearby park that gave real-time readings to Harris County Pollution Control staff on the ground.

During ITC, out-of-county contractors had to be brought in to measure air quality.

“The most incredible difference is that when we depended on TCEQ (during the ITC fire) to give us air readings, it was hours,” Garcia said. “We got ours (during the K-Solv fire) within a matter of minutes.”

“Harris County Pollution Control was on the scene very quickly and has been able to do that air monitoring in-house,” Dr. Nelson said.

Dr. Nelson emphasized the region is filled with hundreds of similar facilities.

“(This fire) really highlights yet again the health and safety risks that we live under living in this region,” she said.

Bob Stokes, President of Galveston Bay Foundation, is hopeful there’s minimal impact to the water near the K-Solv facility.

“The incident is fairly contained,” Stokes said. “It’s not like the ITC fire that burned for days and days and had so much fire water put on it that it absolutely had to run off.”

A spokesperson for Commissioner Garcia told KHOU 11 Harris County Pollution Control is testing the water and will release results Friday.