Around Houston, cowboy boots are the real deal. If you have a custom pair, you know what a process it is to have them made. We got inside access at Parker Custom Boots to check it out for ourselves. 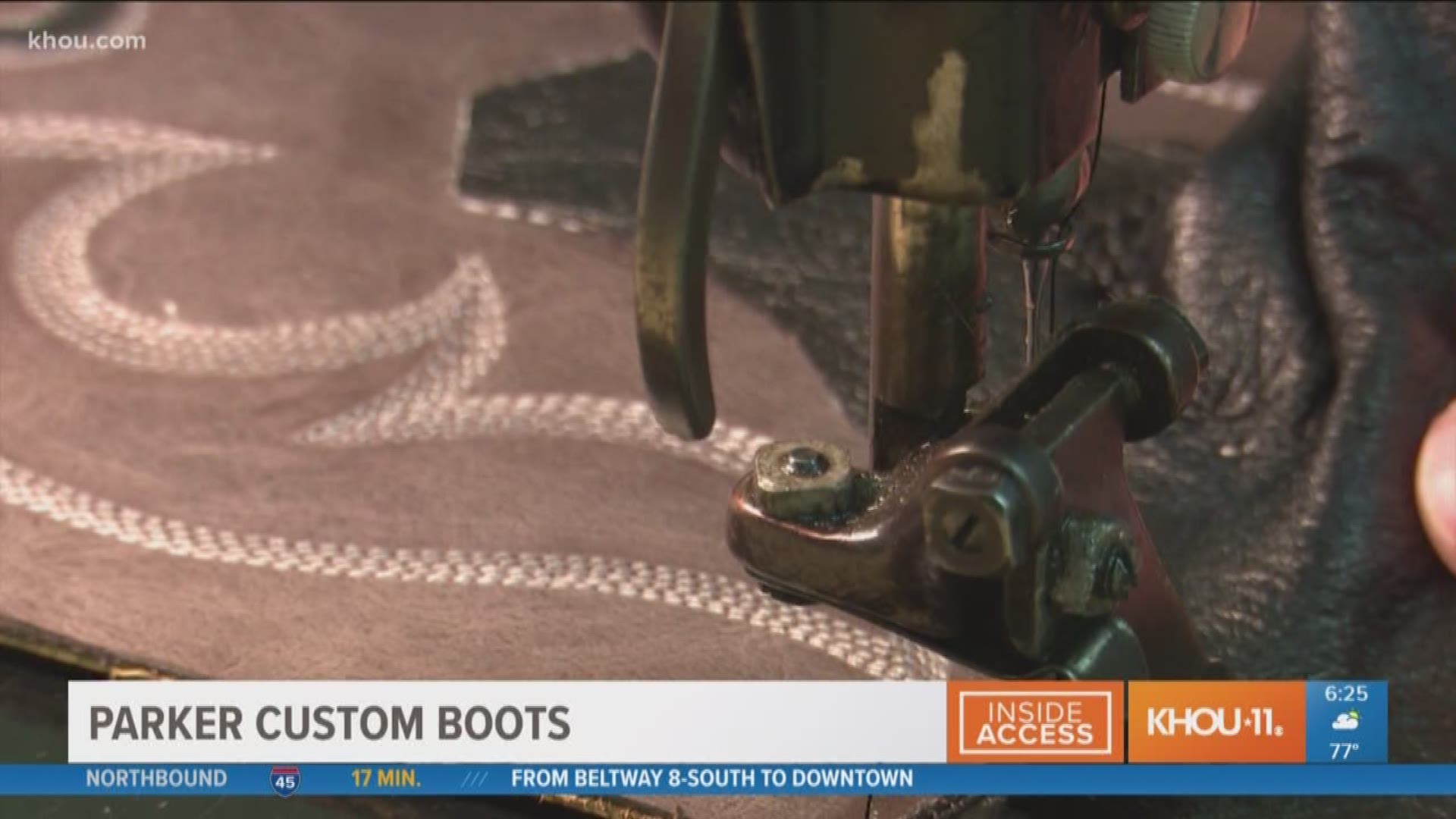 Around Houston, cowboy boots are the real deal. If you have a custom pair, you know what a process it is to have them made. We got inside access at Parker Custom Boots to check it out for ourselves.

“We’re one of very few who do it the way we do it and have a boot maker who runs the company,” says Zephan Parker, the boot maker. “Everything is done by hand. There are no gimmicks or gadgets.”

He says there’s no place better than Texas for custom boots, adding that his customers have come from as far away as Australia to get a pair.

At Parker, he’s able to make two to three pairs a week, which is quite a bit for a company as small as his.

“The first thing we do is take a series of measurements,” Parker explains. “Then I build a three-dimensional model, as close to the foot shape as I can.”

From there, he and the customer start the design process. The decisions go beyond just the type of leather used.

With those choices made, he begins cutting patterns and building the “uppers,” the part of the boot that covers part of your leg.

“We make those three-dimensional, then we last them to that mold,” says Parker. “That’s how we get the fit.”

Parker says the first time he pulls the boots on his client’s feet, it’s “a combination of fear and joy.”

“I never know what someone else’s boot feels like,” he explains. “It’s exciting to see the finished product. There’s a huge amount of relief in it.”

He knows he’s done a good job when a customer comes back for more or brings in a friend in for a pair of their own.

“That’s the biggest reward for us,” Parker says. “[It shows] that product really meant something to them.”